In January, we ran a giveaway for a copy of Disabled children, A Legal Handbook.  Congratulations to Lisa Thomas who won the copy.

When people entered the giveaway, we also asked them to let us know what one change they would like to see.  As you can imagine, for such a great prize, we received plenty of entries and what was really interesting was how often the same change was suggested. 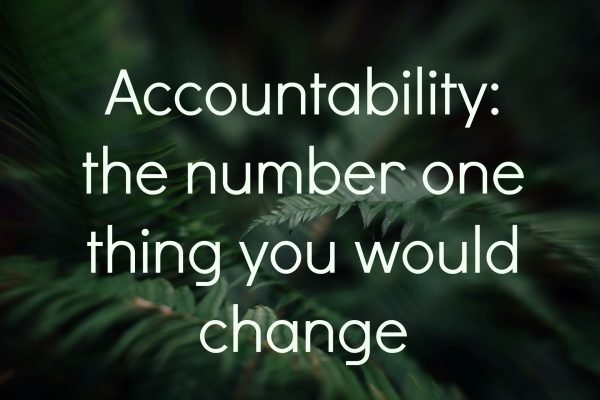 You want Local Authorities, Schools, Teachers, Head Teachers and Governing bodies to be held to account.  This came through in so many comments and suggestions.

To make local authorities accountable. They clearly flout the law in many cases, mine included, and rely upon parents giving up through sheer exhaustion of trying to fight them and navigate the system. Deadlines are not met and there is nowhere to turn, yes I could take them to court, but I cannot afford to.

Currently, to be frank, the only people holding them to account are parents.  Maybe, on paper, the DfE will disagree but in practice, as "service users", we are not seeing much evidence of this.

Making Local Authorities accountable......For everything from doing an EHC in time, to providing a suitable personal budget

Accountability within the children and families act, especially schools to be made accountable. Too much in the act remains unenforceable

There appears to be no repercussions when things go wrong, the only fear is whether the family will name and shame the LA and let's be honest, that's just like an insect bite, isn't it?  A bit of a pain, a slight inconvenience and at times, something to totally dismiss.

Common sense (yes, I know, I am using that phrase in a post about the system but well, someone has to, don't they) says that naming and shaming "bad practice" doesn't stop bad practice.  It may highlight it to the people providing bad practice but if there is nobody, with the authority to demand action, saying  "now hang on, this is not acceptable, show me how you are going to ensure it doesn't happen again?" - then what is the point?  Most services offering poor practice know they do and any of them will continue to as long as accountability is not a real option.

Consistent repeated poor practice from old law to new is not coincidence or error, it takes effort!

Accountability - That schools and services are required to work in partnership with me and my child, and if and when they don't are held accountable . The impact on our family life would be more time celebrating who we are and less time navigating the maze.

The Accountability Framework published last year doesn't really go far enough - it is still down to the family to complain to the Governing body, LA, Local Government Ombudsman, etc and don't forget, we also have the option of a Tribunal.  Let's also not forget that as parents, we don't have the backing of a legal department or the budget for legal representation.  Not really an equal footing is it?  Then take into account the lack of sleep, the stress, the emotional roller coaster we also have to deal with and you wonder how we even get out of bed somedays.

The complaints service run by LAs was made accountable and ran according to the law and there was a body to ensure this happened.

To ensure that the NHS and LAs are not allowed to put themselves abiove the law.

How can we truly expect to be part of a team, working together for the benefit of our children, when we are the only ones in the room without a budget, without a salary and without any real influence?

The one thing that we would like to happen in the law is to not have to fight for everything that our children need from health to education to social care,it just seems one battle after another

What solutions are there?

Large fines for government departments ie, SENACT, DLA etc, for making things more complicated then they need to be.

LA compliance with EHCP/Statement/Child&Fam Act secured by means of SENDIST or OFSTED enforced financial penalties - no less than funds saved x 2 to dissuade LA's from neglecting law. Inconvenience of a tribunal is nothing if LA have saved money overall by a child's in the interim period. So long as this is the only consequence, it may as well be part of LA strategy, and it is!

Ideas we have heard of:

One LA is employing a dedicated department just for these types of complaints.  So when the issue arises, the family can contact the LA and they can take it up with schools or whichever relevant department.

We like the above idea of the LA department but what happens if the complaint is about the very LA funding the department?  Can they really be truly impartial?

So perhaps, instead of spending £80 million in the same way next year, the DfE should reconsider how they distribute some of that funding and fund independent regional staff, like they did in the good old days.

The staff would be independent of the LA, schools, CCGs and can handle the calls from families.  They can then take the matter further and ensure that everyone is adhering to the legislation and take the necessary steps when they are not.  Just think how much those possible fines for non-compliance could bring in to the Government - possibly even more than the vast sums currently being paid by parents taking their children out of school in school term (and that's another post for another day).