I was recently lucky enough to attend a conference given by both the world-renowned expert in Asperger Syndrome, Dr Tony Attwood and Dr Carol Gray, the inventor of the social story.

The conference was organised by Freemantles School, a special school for children with autism spectrum disorders in Surrey. This post will focus specifically on one of Tony Attwood’s themes: Asperger’s and girls.

Tony Attwood has already written a book about the subject, so if this article piques your interest, you might want to buy the book to delve deeper (link at end of article).

As you know, I have two Aspie sons and have long suspected that I also am an closet Aspie (though my husband would counter that there’s nothing ‘closet’ about it!). After listening to Dr Attwood’s presentation, I could have cried - in so many ways, he was describing me!

It has been generally accepted that the prevalence of Asperger Syndrome in girls is about 1:4 of that found in boys, but Dr Attwood believes this to be more like one girl to every two boys.

The reason for the misconception is because girls with Asperger Syndrome present very differently to boys with the same condition and “fly under the radar of a diagnosis”.

Whereas boys are more often diagnosed in their primary years, for girls it is not until they reach secondary school that the difference becomes more apparent, because girls’ coping and camouflaging mechanisms and their skill at imitating mean that they appear to assimilate with their neurotypical peers.

The route to diagnosis also differs from that of boys and comes more often after a secondary disorder is diagnosed in adolescence such as Anxiety Disorder, depression, Borderline Personality Disorder, an eating disorder (as a method of control) or selective mutism (because they are overwhelmed).

Then, once a detailed developmental history is taken by a clinician, the diagnosis of Asperger’s becomes apparent (if she is lucky enough to have a knowledgable doctor!)

While her peer group moves seamlessly from childhood friendships into teenage talk, conversation and cliques, the Aspie girl finds herself internally cast adrift on a sea of choppy water and hidden whirlpools. She is unable to read the unspoken rules and meaningful glances that are so important to fitting in - though she often manages to cope by copying what the other girls do.

“Sometimes they do it so well that you wouldn’t believe it until the mask falls”, Dr Attwood says. He described the profile of ability in girls as:

Aspie girls, Dr Attwood said, learn how to adopt a persona for different situations and they have learned to act so well that many affected girls say “They don’t know the real me”. The drawback of this chameleon tendency is that it can lead to depression.

Girls with Asperger’s can suffer intense fear of rejection, particularly surrounding their ability to make, but not keep, friends. They often have one friend who provides guidance and security.

I myself remember the isolation when my one friend was off school and the sheer terror at the thought of approaching other groups of girls, not knowing how to approach them or what to say. Would anyone have guessed that to look at me? Of course not.

And while fitting in at primary might be easier for girls, when they hit adolescence and they find that conforming to social convention goes wrong more often than right, the pendulum, Dr Attwood says, can often swing the other way.

This is sometimes demonstrated by the visible rejection of everything they feel they are not good at, i.e., being one of the in-crowd or the “popular girl cliques” and choosing to wear black clothes, tattooing, piercing, and sometimes, more worryingly, falling into promiscuity or the use of drugs.

For me, this is the girl saying, “You don’t want me? Well I don’t need you either; I can go my own way.” It is a self-preserving decision not to compete against odds stacked against her. 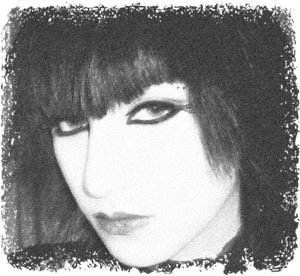 Linking up with other, similar ‘alternative’ people can bring friendship. Again from my own experience, I had a group of friends when I was 17 and 18 who were all a bit different in their dress and/or attitudes. They were mainly male. The best thing was, they accepted me, were happy to hang around with me and most of all, were not judgemental.

But Dr Attwood explained that social situations also bring other challenges for Aspie girls such as “social exhaustion”. Social interaction and the constant state of alert needed to sustain the “mask” is physically and mentally draining and requires periods of solitude to recover. Likewise they avoid “needy” people, only call people when they have something to say and prefer online communication which is, of course, completely controllable.

If you are the parent of a teenage girl with who has (or who you think may have) Aspergers, it is also important to be aware that they may perceive using their sexuality as a way to be popular, which as we all know (or know now we’re older) is never a good idea and is rarely successful at making female friends.

They are not good at character judgements and so may leave themselves at risk of what Dr Attwood calls “relationship predators”, who can smell vulnerability a mile away.

So what can be done to ensure that girls affected by AS benefit from early diagnosis? Well there is some good news: Dr Attwood has developed a new set of diagnostic criteria that is currently undergoing evaluation and that, when implemented, I believe will revolutionise the field and enable more girls and young women to access the help they need.

For more information about Dr Attwood, you can find his website at http://www.tonyattwood.com.au and his book about Asperger’s and girls here: Asperger's and Girls