It's Autism Awareness/Acceptance Day, Month, whatever... lots will be written today about what autism is and what it isn't.

No one expects to have a child with an ASD/ASC, whatever they're calling it this year. Once you have the diagnosis, it's like entering a parallel universe of impenetrable mazes with multiple dead-ends, where people speak in strange acronyms and expect you to understand what they're talking about.

You can get lost in the battle to secure services, support, suitable education and the funding thereof. As your child or children (in my case) grow, you will encounter different challenges such as transition to adulthood, training, independence.

If your child is five or six, you've probably not even thought this far ahead. This is just as well; it would be too much to cope with. We are now at this stage: my boys are 15 and 13.5 and both have different levels of need and what one may manage, the other may not. 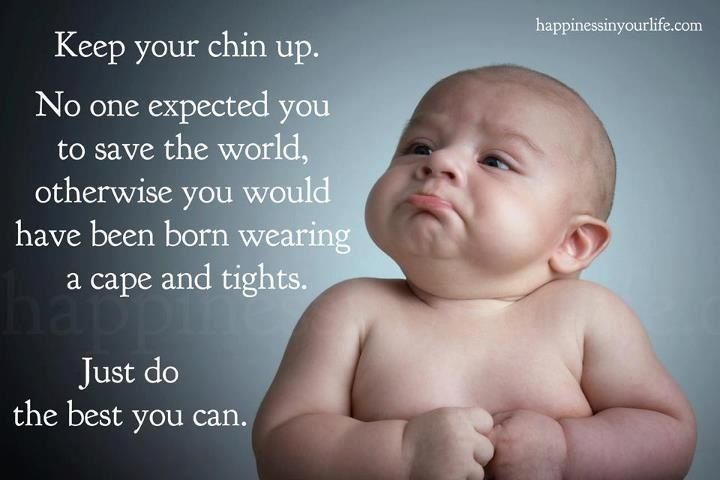 One thing we have learned - just when you think you're doing okay, something comes along to trip you up and you have to take stock and look for new solutions. You are constantly operating at your maximum tolerance, so that when something comes along that you didn't expect, it is easy to experience meltdown or even breakdown.

People on the outside often do not understand this and may judge you accordingly. This says more about them than you.

While working for better understanding, treatment and life chances for people with autism or any other condition is a necessary and constant crusade, for those families affected, it is much more personal. It can often be just as big a battle for self-acceptance and coming to terms with a diagnosis and that this is the way life now is.

But whatever your personal circumstances, I believe there are universal truths, and not, for that matter, just for parents of children with autism, but for any parent of a child with a disability, medical condition or rare disease (named or not), so you can just substitute the word 'autism' for any of those.

We've been doing this a while now, so I feel pretty qualified to offer the following, based on my own experiences:

1. If you have never cared for a child with autism, you don't know what it is like. Even if the parent seems fine and happy, you should never make assumptions of what it's like being in their shoes.

2. It's different for every family affected. Autism isn’t called a spectrum for nothing. And it often comes with do-morbidities such as ADHD, hypermobility, intestinal or bowel issues, allergies, being non-verbal or having severe behavioural challenges.

3. It's hard work - mentally and physically, wherever they are on the spectrum. Some people cope with certain aspects better than others. Sometimes you will feel like you've been run over by a steamroller but you will eventually peel yourself off the floor like a flattened cartoon character, because you have to.

4. Stress and worry are likely to be your constant companions; maybe even depression. What do you expect? You're only human. It's okay to admit it and to seek help for yourself. In fact, it's preferable than pretending everything is fine.

5. You will be judged. There will always be people who think they can parent your child better than you can. You will learn not to care.

6. You are likely to end up with more friends who have children with special needs than those who don't.

7. You will feel like running away. Or worse. You almost certainly won't end up doing either.

8. You will learn to smile when people tell you they don't know how you cope, or that you do fantastically well. Inside you may well think, "If you only knew..." You may actually want to punch them, but it's probably better to resist.

9. You will probably grieve at some level for the life as a parent you had envisaged before you actually were a parent. Then you will get over it and get on it with. After all, what's the alternative? But at odd times, this grief will revisit you. This is normal.

10. You will read studies that tell you autism is caused by any number of things, most of which you will feel, at some point, are your fault. None of them are. Autism probably has lots of different triggers which result in similar symptoms. Read the studies, or don't, they won't change your reality.

All that matters is that you try to be the best you that you can on any given day. Some days will be good, some days (sometimes whole weeks) are better forgotten. Others can accept that or not; they can choose to be your friend and love you without judgement or not. You have no control over that.

Accepting yourself for being flawed and imperfect can be much harder than accepting your child's diagnosis.

It's what makes us human.