It's Carer's Week, organised and supported by quite a few charities in the UK

Carers provide unpaid care by looking after an ill, frail or disabled family member, friend or partner. Carers give so much to society yet as a consequence of caring, they experience ill health, poverty and discrimination.

To mark Carer's Week, SNJ's pal Angela Kelly, who is Tania's co-chair at Family Voice Surrey Parent-Carer Forum, has written this moving piece for us about her own son who is a young carer...

Young carers are children and young people who look after  or help to look after someone in their family who has an illness, a disability, or is affected by mental ill-health or substance misuse.

Young carers often take on practical and/or emotional caring responsibilities that would normally be expected of an adult. The tasks undertaken can vary according to the nature of the illness or disability, the level and frequency of need for care and the structure of the family as a whole. 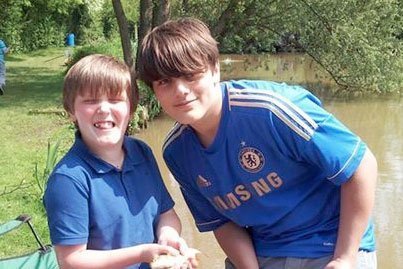 The above is a definition of the tasks a young carer undertakes in their daily lives, and it outlines it quite well.  What the statement cannot tell you though, are the sacrifices a young carer makes, which in many cases amounts to the loss of their childhood.  The social, emotional and wellbeing sacrifices are immense, but often not realised or noticed by the young carer.

However, in my experience  it would be difficult to find a young carer who would see their role in the same way.  Many of the ones I know would shrug their shoulders and tell you it's "just life", what they do, what they are used to, how they have been brought up. I have every admiration for them.

My older son, Edward, is classified as a young carer  to his younger brother, even though he has his own difficulties. Although he has my support (many young carers may not have this if they are caring for their parent or parents) there have also been many occasions when he has had take to take on the role of caring for his brother.

He has had his brother, Monty, sleeping in his bed on many occasions to enable me to get some sleep after perhaps two or three nights of tending to his very active brother. He has then had to attend school the following day.

He has tried to help his brother learn positive ways to behave and has helped to feed him when I, after an hour of coaxing, had given up, thoroughly exhausted and despairing at what life had become. 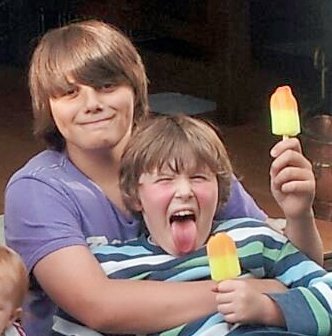 He has missed out on all sorts of trips because I have been unable to take his brother along because his behaviour is too disruptive (there were never many willing babysitters!). He has not been able to join the local cricket club.  However the most heartbreaking is that he has been the object of severe bullying at school because his brother is ‘a retard’. He is, in fact, autistic with seizures and learning difficulties.

School never acknowledged the bullying and merely punished my own son's retaliation to the bullies. I felt totally helpless.  He has also had to tolerate my guilt and anxiety at not being able to do many of the things with him that I wanted, and he needed me, to.  Instead we snatch the odd outing together and have lunch together now and then. Not really the mum and son things I envisaged when I dreamed of what having children would be like.

Despite all of this, the love they have for each other is amazing to see. They fight and fall out; which siblings don’t!  I do know that Edward would do anything for his brother (except watch CBeebies – there is a limit!).  His passion for fishing that he learned from his older siblings (who have moved out and are living independently) has caught  on and he has now hooked Monty into the sport, tiny steps so far but one day it might be a shared interest they could do together, so I am hopeful.

I asked Edward just now if he thought he was a young carer and he responded, "Nah, not really, it,s just what I do."

Says it all really!

Angela wrote about a Day With Monty a while ago on SNJ. Read it here