"Catch them being good" is the oft-repeated advice to help encourage positive behaviour in children. And it's good advice. But when your child has a behavioural disorder such as ADHD or Oppositional Defiance Disorder, it can be very hard to do.

For one, you are probably on your last nerve and your child seems to be determined to get on it. For another, you probably feel that you've tried all the 'good advice' and your child is resistant to all of it.

But, as the parent of two, now teenage, boys both of whom have Asperger Syndrome and one with ADHD and the other ADD, I would urge any parent in this position to keep trying with this particular piece of advice, even if you have to do it, at times, through gritted teeth. 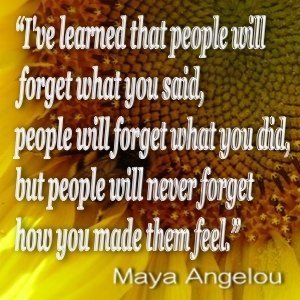 It's also difficult to remember, especially when you're exhausted and the mere sight of the source of your angst, little Jane or Johnny, can make your stress levels soar. You're constantly on the edge, waiting for the next crisis to blow-up. Parenting can feel like fire-fighting, with little time for fun.

Being a parent/carer of a child with special needs can be like being in a battle zone with other parents of 'regular children' sitting on the sidelines tut-tutting and always ready to tell you your tactics are all wrong.

The above quote by American writer, Dr Maya Angelou, is what 'Catching them being good' for children with behavioural issues is about. It's not the words you use or the action you praise, it's about the self-esteem you are building in your child by doing it.

These children may look like nothing bothers them but you would be very wrong to think that. Every harsh word, brush-off, dressing down and punishment is keenly felt as rejection and the constant message that they are bad, unwanted and not worth loving.

So how do you do it? How do you step outside your own heart-ache, despair and sense of parental failure to build up the self-esteem of the source of your stress?

Here are a few tips that worked for us. They may work for you, they may not, but watchfulness will give you clues as to what does work for your child. You have to build on this and not give up. Of course I am not a child psychologist, I'm a parent, like you, and so I am speaking from my own direct experience.

1. Make a list of your child's difficult behaviours. This may include being super-fast to anger, screaming, hurting other siblings/children, being unable to sit still at the table, not responding when spoken to, refusing to wash or go to bed or walk safely outside etc. Making a list when you are sitting quietly and calmly can also help you begin to identify triggers for particular behaviours.

2. Now you have the list in your head, you know what to look out for. So, when your child has sat at the table for even five minutes, praise them. It's tempting to ignore it while they're being good in case mentioning it sets them off, but this is a long process and you will both learn as you go along. "It's so nice to see you sitting in your seat, it makes me really enjoy being with you at dinner time." 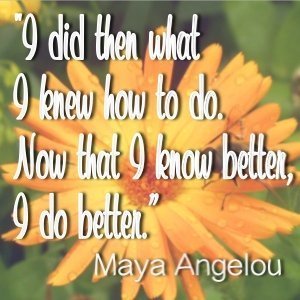 See, this is not just, "Well done for sitting still" which really means nothing. You are, instead identifying the positive behaviour and backing it up with a positive effect it has had.

Another scenario: If you have identified some potential triggers from your list and you realise such a situation is about to arise, don't wait for it to happen and then react. Step in with your praise first.

Perhaps your child finds not being first in the queue really hard, or not winning on Sports Day overly distressing (both experienced by Son1). Just ahead of time, say to your child that you understand that they find not being first really tough to cope with and you will be very impressed if they can hold it together if the worst happens.

So here, you are validating their feelings so they know it's okay to feel bad if something doesn't go as they planned, but you are giving them another option for a reaction. Personally, in this situation, I would also offer a small reward.

If they don't manage to hold it together, console them rather than reprimand them. I know that Son1 had no confidence that he could control this overwhelming need for being first, but by praising each small step and helping him see that he had done the best he could, helped him to eventually overcome it.

“I did then what I knew how to do. Now that I know better, I do better.” Maya Angelou

Don't give them mountains to climb though, praise small positive behaviours and begin to build up confidence.

Will it work first time? Maybe, maybe not, but don't give up. Because : 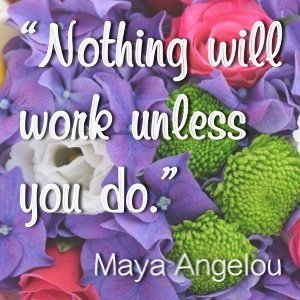 “Nothing will work unless you do.” Maya Angelou

So, it's not a quick fix, by any means. But my child was worth investing the effort in. From being the recipient of behaviour charts in reception, alienating other children and being, at times, uncontrollable, Son1, now 15, is in one month's time joining a school World Challenge expedition to Tanzania to climb Kilimanjaro and  carry out project work.

I am immensely proud of him and the way he has been enabled to work out many of his difficulties with the help of his Dad, myself and his specialist school.

I hope this might help you with your child. Or maybe you have some tips of your own that you could share?