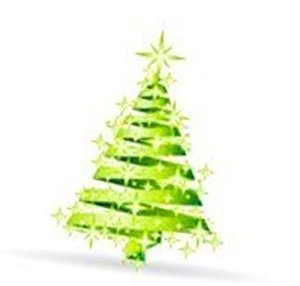 Ah, Christmas and the maths-genius Aspergic teenage boy. Son, 14½,  is in "desperate need" of a new computer. Not just any old computer, a gaming computer. With a super-fast graphics card and at least an Intel i7 chip or equivalent. He has a laptop but it just isn't good enough for what he needs, apparently. And who am I to argue? What do I know about the games he plays and their demands on a CPU?

All I know is that he shoots stuff a lot and shouts or swears at his friends also playing online wherever they live and shouting or swearing back. I am satisfied these are people he knows because when I asked, he rolled his eyes at me and said, "No, I'm speaking to a 48-year-old paedo pretending to be a 15-year-old boy". Well, that's me told. I'd better shut up and crawl back to my old folks' bathchair.

So it's a gaming desktop or bust. That unpleasant noise is the sound of our bank balance creaking under the strain of the teenage Christmas. No longer are they interested in a Bob the Builder Play-yard or the Horrible Science annual and a chocolate selection box. 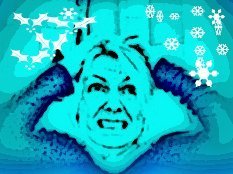 Techy teens have ceased caring so much about the quantity of gifts nestling, shiny and inviting under the tree. It's the build quality that counts and quality costs. And don't try to fob them off with some no-name brand either.

Son2 had selected his heart's desire, ignoring me when I mentioned the reviews weren't that good (because what do I know). Then, the other day he got home in a state of high anxiety when I said I thought Dad had already ordered it because he said... the reviews said the build quality was rubbish.

His long fingers flew over the keys as he first logged into my Amazon account followed by his father's to check (no secrets in this house). His taut shoulders relaxed when he realised no order had yet been made, largely because we're very disorganised this year and haven't really bought anything yet, unlike my lovely cousin Sam, who finished Christmas shopping back in July or something and has been posting Christmassy stuff on Facebook since October. I almost reported them to Facebook as 'abuse'.

Son1, meanwhile just wants the remaining cash from his budget because he has already chosen to spend a large chunk of it on tickets for McBusted for him and his 'lady friend' or someone, which will be the first time he's travelled into London on his own recognisance. As he starts his GCSEs in January starting with Maths, it will be a nice break.

I have received many Christmas cards already (thank you) but I refuse to open any until I'm ready for Christmas, which will be this Friday at 1pm when the school term ends and the joys of the morning routine are over until 2014.

What's pre-Christmas like in your house with your special needs kids or teens? Has it changed over the years?