Back in March, the Indicative Draft of the new SEN Code of Practice was launched - all 86 pages of it.

Our initial view was that it was rougher than Desperate Dan's chin so, we were happy to see the draft issued for consultation was 174 pages long, which hopefully meant much more detail and, more importantly, protection for our children and young people.

Having to read through 174 pages (while tending to special needs children) was as tough as chomping through a Cow Pie, and it soon became apparent that although there was much more detail, the protection for our children and young people does not appear to be significantly increased.

In the Code of Practice, the word "must" means there is a statutory requirement under the legislation and/or regulations.  The word "should" refers to best practice - so basically, "must" means it has to be done and "should" means it would be great if you could but there's nothing to challenge you with if you don't.

Unfortunately there are lots of "shoulds" in the Code rather than "musts".  If it's not 'must', really what's the point of it being there?

There is a strong reliance on other available legislation (school admissions, reasonable adjustments, etc) but as many parents will vouch, this is not always enough.  Having to legally challenge a setting to provide suitable and appropriate provision for your child is not something any parent either wants to, is able to or should have to do.

If you really want your child at a particular school, having to mount a legal challenge against them is not particularly conducive to a positive relationship or a positive outcome for your child.

So, it looks like for now, all the SEN lawyers can stop worrying they'll be out of a job (as if they ever were!) because the reams of connected, existing legislation (not to mention the upcoming Care Bill) that will need cross-referencing and deciphering will keep them busier than ever.

Another comment which appears several times is "their best endeavours".  Best endeavours means give it your best shot or best effort; endeavour is an earnest and conscientious activity intended to accomplish something.

SMEH?  One big change is the removal of behaviour, social and emotional category which has now been replaced with social, mental and emotional health (SMEH?) which removes the emphasis on behaviour.  The draft COP states

Behaviour difficulties do not necessarily mean that a child or young person has an SEN and should not automatically lead to a pupil being registered as having SEN.

This is true, and so often children from difficult backgrounds arrive at school under-nourished, under-loved and sometimes even seasonally under-dressed.  This naturally makes it hard to concentrate, behave and learn, but there does need to be something in place to recognise that. Page 64 does mention 'pastoral support' (perhaps nurture groups, who knows?) and of course there is the Government's Troubled Families project. So let's hope these children are not just slung out of the SEN support window straight onto the scrapheap.

The Code now specifies what must be included in the new EHC plan.

1. Views, interests and aspirations of the child and their parents or young person

2. The child or young person's SEN

3. The outcomes sought for the child or young person

4. The special educational provision required by the child or young person

5. Any health or social care provision reasonably required by the learning difficulties and disabilities which result in the child or young person having SEN

7. Where there is a personal budget, the details of this and the outcomes to which it is intended to contribute

This is welcome news as there had been major concern about the fact that all plans could be designed locally and even though the 'look' of the EHC Plan will differ between local authorities, the stated sections must be covered.

Advice and Information for EHC Assessments

Within the Code, it states that

"Local Authority must not seek further advice if such advice has already been provided (for any purpose) and the person providing the advice, the local authority and the child's parents or young person are ALL satisfied that it is sufficient".

Time Scales - The whole process (from requesting an assessment to the final EHC Plan being produced) is now 20 weeks - currently this is 26 weeks. 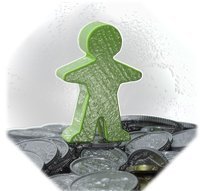 Personal Budgets - there is some clarity on when a personal budget can be requested (although not for health as this is to be produced - with consultation - by NHS England).

There will be a lot of confusion around educational personal budgets (and I know several pathfinders have found this a difficult area to test) and although the Draft Code does say that parents should have support and independent advice available for parents on this issue, this will be difficult to provide given that the pathfinders will be continuing after the Bill becomes an Act.

In September 2014, it is doubtful that LAs will have had the time to train staff (or independent advisors) to provide parents with the appropriate support.

We will be writing in more detail on personal budgets in the near future.

School Based category of support (or those without an EHC Plan)

This category also applies to those children with a disability but no SEN.

In section 6.1 the Code states

The majority of children and young people with SEN have their needs met through mainstream education providers and will not need Education, Health and Care plans.

It is expected that mainstream providers will all adhere to the general duties currently in place - such as discrimination in admissions; the provision of education and other benefits, facilities and services; exclusions and other detriment.  Schools also currently have a duty to make reasonable adjustments to procedures, criteria and practices and by the provision of auxiliary aids and services.

This will replace School Action and School Action Plus.  The details of what a school is expected to provide will be published in the Local Offer (which only has a framework not a minimum standard - though there is a Lords amendment afoot concerning this).

There is a whole chapter in the Code providing information on how mainstream providers and specialists can ensure that they improve attainment for children and secure good outcomes, whether or not they have an EHC Plan.

And that is supposedly enough.

Most parents will know of either their own child or a friend's being excluded from school  or on a restricted timetable (i.e one hour a day at school), or of a child not allowed to participate in a school trip (for their own benefit, of course).

When the Green Paper launched, I remember sitting at a conference in London and being told that these reforms were there to ensure all children - especially those without statements - reached their potential.  What happened?

If the current legislation on school admissions, discrimination, etc was enough, then this would be fine, but as already mentioned, having to challenge your child's school with the law does not produce the best outcomes for your child.

Over the next two weeks, we will be posting more in-depth reviews of the Draft Code, the Regulations and also the suggestions for how we move from statements to EHC Plans as there is a consultation now launched about this.

So far, there are only find a few positives such as less time to get support, joined up working (if it can happen), more choice over naming the school. But thank goodness it's still a draft - and there is the 12 week consultation to get further representations in and hope they will be heeded.

What about you?  Have you looked at any of the consultation papers?  What do you think?