And so, here it is. Despite my woeful failure to produce my intended article on the SEN reforms on Monday, I've finally managed it by Friday. Yay me!

So a quick catch up: The Children and Families Bill is in the middle of its committee stage in the House of Lords. This means going through the many amendments put forward, discussing them and deciding whether or not they should be included in the final bill.

Part three of the bill, concerning the special educational needs reforms, will probably start to be discussed from 21st October as the first two sittings have discussed adoption and children in care and we're nearly up to the amendments for the SEN section.

One of the many, many big questions surrounding SEN reform is how the changes are going to be implemented. In one fell swoop? In a gradual way? What about those LAs who just aren’t ready in September 2014?

To assess the current state of play among Local Authorities, SQW who are assessing the progress of the reforms, have launched a survey to assess just how ready LAs and service providers are. The results will be very interesting and possibly very scary. 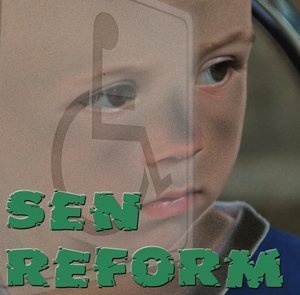 From 1 September 2014, no one will be offered an assessment for a statement or, if they're 16+, a Learning Difficulties Assessment (LDA) and the Department for Education has begun a consultation on the best way to transition from old system to new. It stresses that the changeover should be done in a “gradual and ordered” way for those with existing support.

The government wants to make sure that the transition is comparable across the country and is proposing setting “broad national parameters”. From a legal standpoint, the intention is that legal provision will be made to ensure current support is maintained. Statements will not suddenly cease to be legal documents on September 1st 2014, but will remain in force until the last child has been transitioned.

The transition should, says the DfE, require local authorities to work with children, parents and other partners to agree a transition plan and decide in which order to move children to the new system. This could either be at the beginning of a new Key Stage, at the beginning of a new educational stage, or earlier “at the local authorities discretion”.

The transition consultation proposes the transfer should be completed within three years for those with existing statements and two years for young people with Learning Disability Assessments.

I have my own views on this (of course I do!) especially because Son1 is rising 16. We have just had his final annual review and now have to check over the Learning Difficulties Assessment (LDA) that has been prepared and sent to us.

Son1 is planning, at the moment, to head to a large sixth form college that he will have to travel to by college bus and leave the safe confines of his boys-only independent specialist school. This wonderful school is where the help he's received since he was nine years old has enabled him to turn from a small, angry, friendless boy to a strapping, sometimes bearded, young man with a great sense of humour. He can, most of the time, laugh at himself and is nightly to be heard chatting to friends on Skype.

I was asked during the Annual Review if I thought he would qualify for an EHCP. While I have been involved in the development of Surrey’s EHCP, criteria for qualification are a national affair and are under consultation themselves in the draft Code of Practice. The question set me a-thinking.

On the face of it, Son1 has made huge strides forward so I wasn’t initially sure if he still would need the protection of an EHCP. But when I read the draft LDA, the points made are pretty much the same as the ones in his original statement, and because ASD is a life-long condition, are still pretty much true.

Of course, he no longer sits under the desk at school or has a meltdown if he’s not first in any queue, but the underlying difficulties that have an impact on his education and his life – the ones which, if unchecked, could be catastrophic – are still there.*

So, we now have to approve this non-statutory LDA, which means that if he isn’t transitioned to an EHCP before September, his provision will no longer have the protection of the law. And then, once he has an EHCP, it will again!

The LDA will, I suppose, serve a purpose if he goes to sixth form college in that it will set out his needs, but from what I can work out, sixth form and FE colleges are going to have to work fast and hard to make sure they are in any position to ensure the legal requirements of an EHCP are met.

So this is a tricky situation. On the one hand, the transition to the new system should make 16 year olds a priority so they don’t lose their statutory protection for their SEN if they go to an FE college. On the other hand, will the colleges be ready in time to handle the requirements of EHCPs?

And then they’re going to have to liaise with health and social care services and the local authority to ensure a holistic response to the EHCP. In our case, as in many others, the favoured college is in a neighbouring LA, as we live on the edge of the county, so this is another thing to be taken into account.

At the college’s open evening, I was rather impressed by the Learning Support facilities and of course, they’ve supported many boys from our school in the past. However, I don’t think they know much about the new system, even though the college is in a pathfinder area itself.

In addition, the government proposes that LAs MUST consult young people with SEN and their parents to determine the best point within each year for them to transfer to the new system. I’m not quite sure if this means that they must consult every family individually for each child’s arrangements, though this is what it seems.

This brings me back to culture change and the readiness of LA staff to work with parents on an equal basis. In the new system, parents’ views can no longer be ignored, but from the horror stories I am STILL hearing from the statementing coalface, this is going to be a HUGE stumbling block unless some kind of miracle transformation takes place.

It’s almost as if there are three realities at the moment, the government’s one of ploughing ahead, those of the people working on the pathfinder trials who are terrified and the real world, where nothing has changed. This post is long enough, so we’ll come back to this topic in days to come, but it is one of enormous importance.

Also included in this transition consultation is the equally vital question of how to introduce the Local Offer.  The DfE says in the consultation document:

Well, yes, that would be good. And I hope they’re all underway with developing the Local Offer structures because it’s a blooming mammoth task, particularly if you’re a large local authority. From the speeds of development evidenced, it's quite clear that if you’re a borough or city-based LA, the task is not quite as mountainous, but there are still IT and communications considerations.

This is because the wide embrace of SEN reform is not confined to the SEN and Social Care Departments of a local authority – there are cost implications all over the place. Not least the supporting the continued involvement of parents and young people.

The questions for the Local Offer are also in the consultation document but they will be very hard to answer with an understanding of the issues at hand unless you are actively involved in the reforms.

The best answer will also depend on the way the reforms are introduced; otherwise, you will have young people assessed for EHCPs and no Local Offer to refer to. Which would be a total mess.

So, do you want to get your views into the consultation? It’s probably a good idea to read the whole document first, not least because that’s where you can find the questions.

I would also urge you to read everything that’s been recently published. You can find those documents here

The consultation runs until December 9th so you have plenty of time. In addition, many Parent Carer Forums and local authorities may be holding conferences about the current issues so look into that, wherever you are.

We ran a survey recently, which revealed the majority of parents/carers didn’t know a lot about the reforms. This was before the summer started.

Do you feel you know more now? Do you care? If you’re in a non-pathfinder authority, do you want to get involved to make sure you have a say? Do let us know your views in the comments.

*As Son1 is a young man, I checked with him that he was happy with me writing this before I published as I do not want to violate his privacy.