On Wednesday, the House of Lords Grand Committee finally reached the amendments relating to part three of the Children & Families Bill - that is the part about the SEND reforms.

Hold on, did I say SEN'D'? The Minister, Lord Nash did reiterate that the bill's definition of SEN had not changed significantly to that currently in place and hence the omission of approximately 25% of children with disabilities - i.e. the ones who have a disability but no significant educational needs - from the legislation. 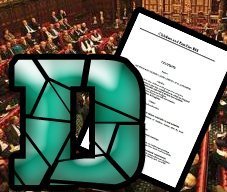 This has caused much consternation among, well, everyone, us included, except the government.

Earlier in the week, Children and Families Minister Edward Timpson, announced an amendment to the Bill to include a requirement on schools to make arrangements for supporting pupils with medical conditions, such as epilepsy and diabetes. This means that schools will be legally required to make appropriate arrangements to support pupils with long-term health needs. It applies to maintained schools, Academies, alternative provision Academies and a pupil referral units. You can read more about that change here

It isn't yet clear if this means up to the age of 25, mirroring the main legislation as you can see the above doesn't mention FE colleges or apprenticeships. No, I didn't forget to mention Universities. They've been forgotten completely from the whole Bill.

The new amendment is very welcome, but we do hope it isn't a pre-cursor to deciding that there is now therefore no need to put the D back in and include ALL disabled children in the bill.

Because if a school is bound to ensure that, for example a child out of school through their medical needs, has work set for them at home or in hospital or that they have their medical needs in the school day met and so on, well, they don't need the protection of an EHCP, do they, as they will not be educationally disadvantaged. And as this is an amendment to the bill, it's the law, so SEN lobbyists can't complain there either.

I'm no legal genius at all, and so I'm not sure, as yet, how any breach of this would be followed up and rectified, but I would like to find out if anyone knows. It couldn't presumably come under the SEND Tribunal - or could it? Lord Nash simply said it could be raised through the school's complaints procedures.  (Note to self, get some legal brains in to SNJ... Oo funny you should mention that. Enough said for now)

There was a big discussion in the Lords about the D business, with lots of earnest and considered concern voiced, backed up by real-life examples about who would be left outside the legislation. I do suggest you have a read, it's very interesting.

It was a little disconcerting to read that the Minister seemed to have no real idea who would therefore not have statutory protection with this new clause added in.

He said, "On categories of children who are not covered by existing legislation, the noble Baroness, Lady Grey-Thompson, made the point about physiotherapy and missing school, among others. I would like to understand more about whether, in the modern day, children to which she referred would be covered by the Bill or existing legislation."

I'm sure the children's disability and SEN charities can tell him.

Baroness Jones spoke for many of the Lords and Ladies when she said their "...aim is to provide an overriding, inclusive definition which will apply throughout Part 3" so that they could continue to consider the amendments knowing exactly who they were talking about. Always helpful, that.

This part of the Bill has more than 200 amendments in the Lords which have been tabled for debate in 35 groups and there are five further sittings listed, starting on Monday.

It will, of course be interesting to discover how many of those 200 amendments (some of which do overlap and so are dealt with as one group) are actually adopted into the bill. No one I know thinks the Bill as it stands, is anywhere close to ready for Royal Assent and many of the amendments tabled are very well-considered.

And the matter of the missing 'D' looks set to run and run...

We'll try to keep you up to date over half-term as much as possible as we do try to be helpful, here at SNJ, to save you the trouble of wading through Hansard yourself...