Despite the hassle of the average pre-school morning, I always look forward to picking up my children after a hard day at school. That is, until I actually pick them up.

Waiting for them to emerge after prep, Son1 appears, flings his backpack at me and tries to get his skateboard, which is muddy, into the back seat of the car.  He flings himself after the skateboard, ignoring my protests.

"Where's my snack?" he says, by way of a hello. That is all he says, plugging himself into his MP3 player. I resume the wait, for Youngest . And wait. And wait.

"Did your brother do prep?" I enquire of Son1.

"Wot?" responds my eldest, removing an earphone. "No. He did swimming."

Oh. My. God. The swimming pool is outdoors. Youngest has Raynaud's, which was why, that very morning he'd decided to go to school on a mild day with wooly hat, gloves and scarf on. No coat though. In fact he was in the car before he realised he wanted these items and when I said we would be late if he went back, he'd screamed 'I've got Reynaud's you b***ch!' at me. He is nine. Needless to say I took him back into the house, late or not, for a good talking to whereupon he found the things he wanted anyway.

So swimming on an Autumn afternoon, in the outdoor pool. Could be quite pleasant, you might think. Well, it might be, unless you're the poor sap stood waiting for him to have a very long, hot shower afterwards, to warm up, before he finds his kit, puts it in his PE bag, finds his backpack and shleps all the way up to the car park.

"Shall I go and tell him to hurry up?" asks Son1, amazingly helpful. 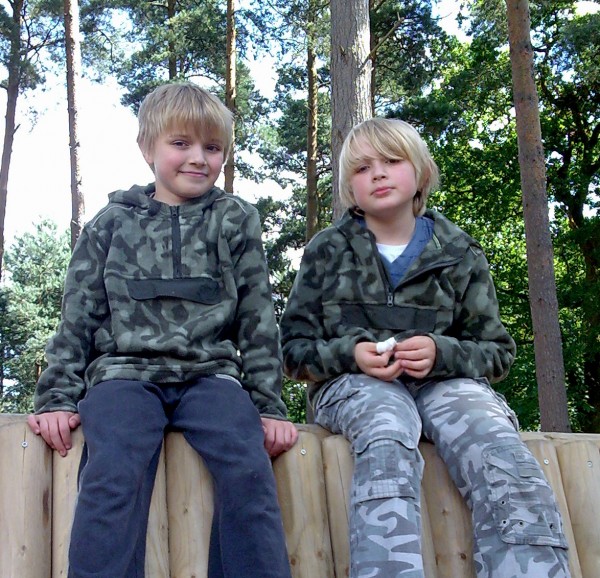 "No, I'll lose you both." I answer. Nonetheless, Son1 is off on a mission, bolting from the car and disappearing into the school estate. By this time, everyone else has come out and left, some with parents, some in taxis. There is a delicious dinner smell coming from the Refectory where the boarders are about to sit down to their evening meal.

More time passes. Twenty minutes, in fact. Youngest eventually arrives, with luggage, which he drops at my feet. "Where's my snack?" he asks, obviously a familiar greeting in our family.

No Son1. Youngest offers to go and look for him.

"NO!" I shout, feeling like we're in an episode of the Chuckle Brothers. Son1 appears several minutes later saying he can't find his brother, who is now sitting in the car, plugged into his own ipod.

It's ten to six. Finally we set off for home, where I have earlier prepared Bolognese for dinner.

Forty-five minutes later, I have persuaded everyone to come to the table, except husband, who is still putting in long hours to pay for school fees for the son not yet statemented (That's another story).

Half-way through dinner Youngest shouts, "This has meat in it. I told you I was a vegetarian! You're so stupid!" Clearly he didn't notice during the first five mouthfuls that Bolognese usually consists of meat.

"But yesterday, I made Cauliflower Cheese and you said you didn't like that either!" I reply, "If you're going to be vegetarian, you have to at least eat vegetables."

"I don't like Cauliflower. Why do you always spoil everything I try to do? You're mean. I hate you!" he says and carries on eating anyway.

Later, Youngest must do his homework as he didn't do prep at school. This is a nightmare, as anyone with children like ours will attest. We get, 'You write it for me?', 'It's too hard', 'I can't write' and the inevitable 'Who invented homework anyway?'

My husband is home now and he is rapidly losing the will to live as he tries to help, telling his youngest that if he can't do homework at home, then he must do prep, not swimming. Youngest throws himself on the floor before we come to a compromise that if he writes it, we will dictate it. This he can just about manage, though we have to spell every word and if we go too fast, he shrieks at one of us.

I leave father and son to it and go to supervise Son1's bedtime ablutions. We have bought him a High School Musical toothbrush that plays two minutes of music so he know how long to clean his teeth for. It's a fantastic idea and my son's teeth are still recovering from the shock of being cleaned properly for the first time since he started doing it himself.

"Mummy, can I do free-running, you know where you jump across buildings?" he asks.

I look at my son in wonder, "Darling, you just told me that you hurt yourself falling off a bench you were sitting on. Your whole life is like free-running."

And his isn't the only one. My husband and I often feel like we're hurtling at great speed from one precarious place to another trying to negotiate the obstacles of our sons' special needs that make them exasperating, though never less than lovable. I keep telling myself that one about God not giving you more than you can bear, but sometimes I seriously wonder if he got me mixed up with someone else.

However, when they're in bed, finally asleep, they look just like beautiful angels and you know that, despite everything, you wouldn't swap them for the world. And then I go and have a large glass of wine.