Today I'm feeling a little sad. Youngest is off school again with joint pains in his legs. We've just been for a blood test and he is awaiting an appointment later this month with a specialist in London. I'm pretty sure I know what the diagnosis will be but it hurts to see my 13 year old son in so much pain that he is hobbling around. 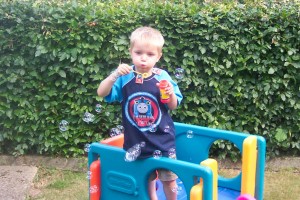 I spoke to our school nurse and, because of his school's hilly campus, it is likely that we will have to draw up a care plan for him so that, if the pain persists, we find a way for him to attend lessons with as little discomfort as possible. Once a diagnosis is made, I will talk more about the condition as, although classed as a rare disease, it may be much more common than thought.

This has made me realise even more how futile it is to have expectations, high or otherwise, when you have children with special needs. Whenever things are going well and you rest on your laurels, you might think it's ok to concentrate on other aspects of your life, such as work. This is always a mistake. So it is necessary to concentrate on everything at the same time - to keep your eye on all the balls in the air for whatever you have to do.

This is, inevitably, stressful and, as some have recently discovered, can make you short-tempered with those who do not try as hard as they might. It also means that, occasionally, one of those balls is dropped. For example, I have been so focused on my work and the children that sometimes, my poor husband doesn't get the attention he deserves when he has supported my new, busier schedule and cheered me on.

I expect a lot from myself, however, and set myself high standards. In practice, this inevitably means I often disappoint myself when I am forced to let someone down. Today, for example, I was supposed to be going to Woking to attend an SEN meeting. However, Youngest 's urgent blood test meant I had to let someone down in order to do something more important. Unavoidable, but it still didn't make me feel good. Happily, we managed to have the meeting later via a conference call. Then I was supposed to be meeting a new friend when I got a call to say Son1 also wasn't well and could I collect him at lunchtime? Meeting cancelled.

I have also, up till now, expected a lot from people around me  in terms of people doing their best. I don't care what anyone's abilities are, I just care that they try their best, whatever their best is at that moment in time.

Is this unfair? Actually I don't think so. No one can give their top performance all the time - our energy varies from day to day. But note, I said "their best whatever their best is at that moment in time". It is something that I really want to impress upon my boys, despite their undoubted and, in Youngest 's case, increasing, difficulties.

No one can expect more from you than your best, whatever that may be, but you should give your best at all times even if it isn't as good as it was yesterday. I mean, who wants to be a slacker? I think if you go to your deathbed knowing that you tried your hardest to achieve your goals (whatever they are) and make life better for other people (if you are able to) then you can die happy.

For some this may be achieving great things, for others, the gains may be more modest, but it's not the size of the achievement that matters, it's the effort. For people with a learning or physical disability, what may look on the face of it to be a small gain, may indeed have actually been a colossal effort worthy of huge praise.

I am also lucky to be involved with people who do more than is expected, who go the extra mile to do a great job and those who frequently think of others before themselves. These people inspire me to keep on keeping on even when, as today, I want to bury my head under the covers, go to sleep and wake up to find myself living in a fringe universe where the good live long and happy lives, where no one is hungry and where kids are pain-free and universally well-treated.

Maybe in another lifetime.