I'll admit it, I'm struggling. I thought I'd done all the hard work with Son1 and his statutory support. He's settled in at Sixth Form college now and so far, things are pretty good.

That's the problem though, isn't it? When things are going well, it's easy to forget what it's like when things are a nightmare. I've even been asking myself, do I really need to bother going through this all again and transferring his newly-minted Learning Difficulty Assessment into a statutory Education, Health & Care Plan? Really do I?

I mean it's only for two years, right? - well a year and three quarters by the time an EHCP is finalised (I'm not even going to mention any ridiculous non-statutory plans some LAs have concocted.).

Is it worth the effort?

Specifically, my effort because, let's face it, although Son1 is 16 and supposed to be in the EHCP driving seat, he is too busy doing the things that many almost-17-year-olds do: Studying and managing Chelsea on the Xbox (he's Captain as well - sorry JT). 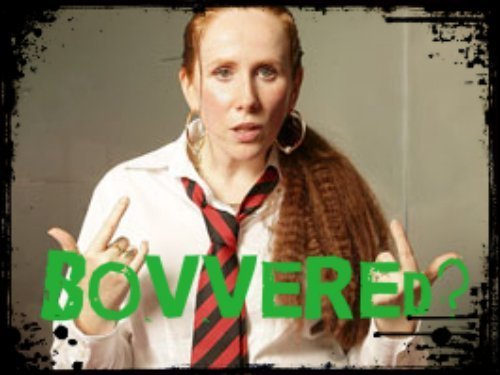 I thought hard about this because I do, after all, have Youngest's Y11 statement transfer to "co-produce" (remember that word?) as well in a short while. Strictly speaking, it isn't my decision to make for Son1, thanks to the bizarro Mental Capacity rules for young people over 16 with SEN. And, indeed, if left to him, he would certainly say he can't be bothered. What's the point?

Son1 has done his GCSEs, he knows the ropes for taking exams, he's now only studying the things he likes (History, Maths, Music and Drama, but mostly Music) so he should, in theory, be home free. He's had the benefit of seven years at an independent specialist school learning social skills - isn't that enough?

I expect I'm not the only parent in this position. It's not as if they're making it easy to transfer. Son1 had a statement until August 31st when his LDA and the new SEN system kicked in on the same day. However, he would now to be treated as a 'new entrant' as if they've never heard of him before. Just the thought of it makes me feel tired - me, the Special Needs Jungle lady! So I can only imagine what many other parents are thinking. Seriously, is it really, really worth it?

I remembered how quickly things can change, sometimes for the strangest, unexpected reasons. How the shift from okay to awful can leave you breathlessly wondering what the hell just happened here? How one minute you can be tripping along nicely with everything under control and the next you're surveying the rubble of expectations you'd been foolish enough to form on the strength of, "things going really well".

That's the thing about Asperger's - or Autism Spectrum Condition/Disorder or whatever we call it these days. It's unpredictable. Even when you've lived with it for as long as your child has been alive and you've seen its many permutations every one of those days. At all times of the day and night.

On top of this, if Son1 opts for an music apprenticeship if there is one suitable, he will still be covered by the EHCP - hugely important as he makes his first steps into the wild world of work where no one realises or cares that he has special needs. At the moment, if he heads into Higher Education, the statutory protection ends but he will have a recent, well-produced, holistic plan to present to the university Learning Support. And, if the gods shine upon us, a statutory EHCP may yet snake its way into HE. Who knows what might happen? After all, the cynics put their money on reforms not happening at all and yet here we are.

So, our application is in and we are somewhere along this new, confusing, process where no one is quite sure what they're doing. I think I might go back to my Statementing guide to re-read the bits that still apply about gathering all your evidence. Do I want him to have a new Educational Psychology report or am I happy to use his LDA as the basis for the evidence? What about health needs? What about social care? So much to think about.

I can check our SNJ Flow charts too

Son1 now has health needs but I have no written evidence - how do I get this and within the timescales? No wait, that's not my job - how does the local authority get this in the timescales? What about my Independent Supporter? I had to ask about one and then I was virtually cross-examined about why I wanted one ('cos I'm the SNJ lady, remember? What, am I making trouble? Am I testing the system? Someone has to, don't they?) I want one because it's a brand new system and no one knows how it works and I'm bloody entitled to ask for one, that's why - and more to the point - so are you.

And yes, remember co-production, the bit where we're all supposed to sit around the table together and construct a holistic plan for our child? Well, I look forward to that happening. Hasn't so far and we're seven weeks in of our 20 weeks (if he'd stayed at school sixth form and it was still a statement it would be 14 weeks. Mad? You tell me.)

I want to hear your transfer stories for good or ill. And how is your LA at telling you what's going on? Is it understandable? Have they been open and forthcoming? Has your 16-18 year old been offered a non-statutory plan? (No, I'm not kidding).

(We've got a new commenting system below, Disqus, that actually works and doesn't eat comments, so do test it out!)