My daughter is 19 years old and severely sight impaired (registered blind). Throughout her schooling years she was supported with a Statement of Special Educational Needs in a mainstream environment. She left school in July 2014 upon which her Statement ceased and was moved over to a Section 139a and attended a specialised college for the Blind for 2 years.

During her 2nd year she realised that she wanted to change her career path (she was studying a level 3 in performing arts) but after completing work experience in a school environment she decided she wanted to do a Support in Schools qualification (with a view to becoming a TA) as well as continuing with Independent Living Skills and Mobility to build up her confidence (whilst she academically achieved in mainstream, she was very isolated and socially excluded).

Funding was refused from the LA as she didn't have an EHCP and the 139a was no longer in existence as she had 'successfully' completed what she'd set out to do (performing arts).We applied for an EHCP assessment which was carried out, but an EHCP was refused stating that provision can now be met within a mainstream setting. We are taking this to the tribunal.

I'm finding it hard to understand how a child with a clear need, which was recognised by the Local Authority in the form of Statement of SEN could go on to be educated in a very specialist setting, being funded by the LA and to then be deemed to have a reduced educational and holistic need. Our court hearing is in April, but I feel like I'm flogging a dead horse because all our local LA are concerned about is that her academic needs can now be met within mainstream with reasonable adjustments. Her social needs mean nothing. 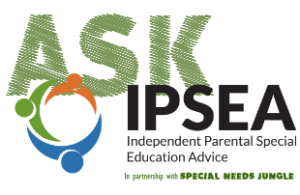 The law automatically applied to all young people from September 2014. Therefore you are right that the LA was not in breach of its legal obligations by failing to carry out an EHC needs assessment at the time your daughter left school. At this stage, the most practical thing for you to do was to apply for an EHC needs assessment, as you have already done

Information should be gathered from a range of different sources as part of the EHC needs assessment – see paragraph 9.49 of the Code of Practice. The only exception to this is where such advice has already been provided and the person providing the advice, the local authority and the child’s parent or the young person are all satisfied that it is sufficient for the assessment process (paragraph 9.47).

If you do not consider that adequate information has been obtained, you should write to the LA pointing this out and requesting that they obtain the necessary information in advance of the appeal hearing, in order for the Tribunal to have a full set of evidence before them.

At present, it is unclear precisely how much information should be gathered from social services. However, IPSEA’s view is that a ‘not known to this service’ response is not sufficient to meet the requirement of providing “advice and information”, and social services should be providing something more detailed.

A plan must be issued where in light of the EHC needs assessment, it is necessary for special educational provision to be made in accordance with an EHC plan.

It is important to note that anything which educates or trains the young person counts as special educational provision, even if it is something you might associate more with social care. Independent living skills and mobility training would fall under this heading, as it would be training your daughter to be more independent. It seems unlikely that a mainstream setting would be able to provide all of the special educational provision your daughter needs from the resources already available to them.

Back to SEND FAQs

Marguerite Haye joined us as a columnist toward the end of 2015. She's knowledgeable in SEND legislation and embraces its ethos at the heart of everything she does, by adopting a child-centred approach to ensure every child receives the right provision. I have been involved in teaching for over 15 years in various positions and sectors, including being Head Teacher at a Specialist School for Autistic children and young people. Marguerite can recognise individual learning abilities and uses her initiative to tailor learning programs to meet individual need. Through effective leadership, Marguerite promotes an appropriate culture, empowers staff and demonstrates high standards. Marguerite has built connections with parents, young people and professionals alike in her career. If you want to connect with Marguerite you can connect via email hello@whatsthebige.com
View all posts by Marguerite Haye →
SNJ is run by volunteer parents. Everything on SNJ is free to use, but if you like what we do, and you want us to keep doing it, a small donation towards running costs would be really appreciated.