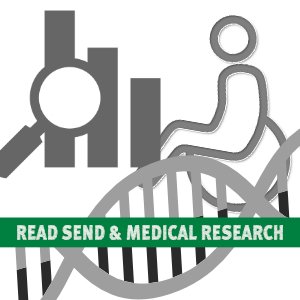 This paper reports the use of next-generation sequencing to identify the different gene variants causing Ehlers-Danlos syndrome in a group of 177 patients. Next-generation sequencing (NGS) is quicker and cheaper than conventional genetic sequencing and allows large amounts of DNA to be sequenced at once.
Using NGS the authors identified new molecular diagnoses in some patients. The authors conclude that, due to the advantages of genetic testing using NGS, it could be used earlier in the diagnostic process.

Back to SEND Research home

I trained as a research scientist and worked as a Microbiologist until the birth of my first son. During my maternity leave I acquired a brain injury and never went back to work. More recently I have received a diagnosis of Asperger’s syndrome. We have three very energetic boys aged 7, 9 and 11, our oldest son is diagnosed with Asperger’s and Sensory Processing Disorder and is extremely demand avoidant and anxious. Our middle son is on the SEN register and we are in the process of seeking professional help to support us in understanding his difficulties better.
View all posts by Susan Mason →
SNJ is run by volunteer parents. Everything on SNJ is free to use, but if you like what we do, and you want us to keep doing it, a small donation towards running costs would be really appreciated.