Recently, SNJ co-hosted Will Quince, Minister for Children and Families, on a parent webinar to talk about the solutions his team will be proposing to the colossal challenges facing the SEND system. While Mr Quince gave little away about what might be coming, he did promise that training would form a key part of any future work.

Less than a week on, the Department for Education (DfE) published a new tender to train SENCOs in Early Years and Foundation Stage (EYFS) settings. The £10 million proposals will provide training for 5,000 SENCOs over the next two years. This is a significant commitment and could seriously improve the practice of nurseries up and down the country. The government should be congratulated for recognising the key place early years has in a child’s education regardless of their needs or labels.

This training is not the same as that for a school SENCO and this distinction is really important. In primary or secondary schools, SENCOs are required to be qualified teachers and then follow a postgraduate (Level 7) programme of study to achieve the National Award for SEN Coordination (NASENCO). But under these new proposals, Early Years SENCOs will be given access to a Level 3 qualification, which is only equivalent to an A-Level.

While the requirements are clearly very different between schools and nurseries, one national provider offers the course with just 12 days training. It takes nearly two years to complete the NASENCO training.

Where are the EYFS SENCO courses available?

There are other drawbacks to these proposals too. Will Quince confirmed in a written question that the training available is restricted to only specific areas of the country. At a first look, these areas appear to overlap with another recent government announcement on Education Investment Areas. These are areas of high deprivation earmarked for additional investment.

The areas for EYFS SENCO training are broader than this, but there’s clearly alignment with the Levelling Up White Paper. The DfE reports that these areas have been selected based on levels of disadvantage, including free school meals (FSM) and EHCP status. These make sense, but it's telling that the DfE has ignored its own data on levels of SEN support as the larger group of children who need within-setting support.

The areas chosen do not appear to relate to the quality of local authority support. Hardly a surprise, but we all know that without the back-up of specialists, SENCOs have a hard time identifying and supporting needs in a timely and effective way. Doing so with such a limited training programme will be a significant challenge for these new EYFS SENCOs that risks incorrect, inappropriate, or inaccurate identification of need. In time, this may create greater headaches for parents and primary schools once children move on in their education.

Scale of the challenge to improving teacher quality

You might imagine the Government would make proposals for improving the quality of teachers at scale, given the enormous challenges the system is facing.

Instead, DfE wants to provide a solution to a very limited number of children and the professionals who work with them. DfE data from 2021 suggests there are around 38,000 children in state-funded nurseries. Naturally, many primary schools include EYFS settings, although they already have SENCOs. Putting these aside, the data shows just 540 children have an EHCP and a further 5038 are on SEN support in these nurseries across the whole of England.

The number of children with an EHCP in nurseries has stayed virtually flat at 0.1% since 2010. While there is greater variability in those on SEN Support, the number was still just 0.5% in 2019. Dedicated, trained SENCOs might increase the identification of need and in time, this could increase these figures.

But that doesn't detract from what looks like a significant investment going to a tiny number of pupils. To put this into perspective, the Isle of Wight has something like 15,000 pupils of all ages in state education. These proposals do not come close to reaching the 1.4 million children with SEND.

If staff recruitment and retention issues in Early Years are anything like the difficulties schools are facing right now, you might expect a good number of those who receive this short training to move on from their roles reasonably quickly. So at the moment, £10 million might be better spent on resources and specialist support for Early Years settings, rather than making sure they have a short-term SENCO.

Early identification and early support are vitally important. Calls for improvement in this date back at least as far back as the Warnock Report in 1978. More importantly, the evidence is clear that when done appropriately, outcomes for children can be hugely improved with long-term benefits that far outweigh the costs.

However, let’s not overlook the fact that identifying a child’s needs as they emerge is absolutely not the same as identifying needs at the earliest age possible. It goes without saying that where a child’s needs are apparent in early childhood they should be addressed and supported. But it is simply not the case that the majority of children and young people with SEND can be identified in EYFS. The Government knows this. SEND identification typically peaks between 10 and 11 years old, before gradually decreasing up to age 15. The huge rise in mental health needs in recent years is an obvious example of where support needs to be quick and responsive so young people can be referred to more specialist support to prevent issues from escalating.

Focusing on SENCOs for children aged between 0-5 years won’t help the majority of young people up to the age of 25 who need help now. It will never enable teachers and schools to better address emerging needs at any age.

While any investment in SEND is good news, wider reforms to public services, a more rounded teacher training offer, and greater accountability across the system, are urgently needed. So if the government thinks this announcement is anywhere near enough to provide every child and young person with accurate and timely identification and support, they are deeply out of step with the realities on the ground. 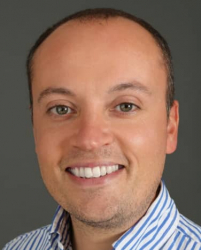 Chris Rossiter is CEO of of literacy charity, Driver Youth Trust. He is an Organisational Psychologist and Trustee of Astrea Academy Trust.
View all posts by Chris Rossiter →