I don’t mean to show off, but my car has a very fancy dashboard. As well as the standard features – speedometer, odometer, petrol gauge – it can, with a few button presses, display all sorts of whizzy data on my driving and fuel consumption. Impressive stuff perhaps, but to be honest, I’ve yet to work out how it relates to my day-to-day driving needs.

The piece of kit that, frankly, I couldn’t do without is my sat-nav. For all its ‘control deck of the Starship Enterprise’ appeal, the one thing my dashboard can’t do is to tell me when I’ve arrived at my destination, or how to get there.

Why am I bloviating about my car like a low-rent James May? Well, I’ve been thinking about the proposal in the Dept. for Education’s new SEND Green Paper to create ‘inclusion dashboards’. These would set out ‘clear performance data and metrics across education, health and care for strengthened accountability and transparency to parents’ at both the local and national level, says the Green Paper. As the name implies, these dashboards have the potential to track and evidence improved rates of inclusivity.

The Green Paper boasts of having, ‘a clear vision for a more inclusive system’, and, ‘an ambitious plan’ for how it will be delivered. But it offers no real sense of what this 'more inclusive system’ looks like. Leaving aside the issue of whether building another complex bank of performance indicators is a good use of public money at a point when schools are crying out for frontline funding, I sense a bit of problem.

How will the inclusion dashboards arrive at an inclusive system?

If ‘a more inclusive system’ is the DfE’s desired destination, it really needs to know what this looks like, or how will it know when it’s got there? Essentially, it needs a sat-nav.

Inclusion is a contested concept. It’s not monolithic, but divergent. It’s perhaps more useful to think of inclusion as a spectrum. Towards one end, there’s the full-fat version, like in Brazil and Italy, for example. There are no special schools and specific provisions (therapies, etc) are delivered by specialists in mainstream settings. At the other end, there’s the kind of model the UK mercifully left behind decades ago. Highly segregationist, with ‘handicapped’ children who weren’t either patients in an infirmary or left out of formal education altogether, educated by and large in special schools. Between these poles, there are gradings of inclusion that might more appropriately be labelled integration and assimilation.

The success of the Green Paper, then, hinges a lot on what type of inclusive system the DfE wants to bring about and clearly articulating this to families and to the local bodies and schools that will be charged with operationalising its vision. Equally crucial, the DfE needs to know our starting position, so it can calibrate its shiny new dashboard before hitting the road.

It’s this second question that is the focus of my new book, The Inclusion Illusion. It reports on research designed to describe what inclusion looks like from the perspective of children and young people with an EHCP.

The results reported in the book, which you can download for free from UCL Press, are based on one of the UK’s largest studies of pupils with SEND. We carried out over 1,130 hours of observation in nearly 1,500 lessons. The main focus of our observations were pupils with an EHCP: 48 in primary schools and 49 in secondary schools. We also made observations of pupils without SEND as a point of comparison, and conducted 440 interviews with pupils, parents/carers and school staff.

What we found challenges perceptions of inclusion. In primary schools, pupils with a EHCP experienced a high degree of separation from the classroom, their teacher and their peers. In secondary settings, meanwhile, there was a form of segregation in play. Pupils with an EHCP were taught together in small homogeneous classes for low-attaining pupils, with a teacher and at least one teaching assistant (TA) present. Their non-SEND peers, meanwhile, were taught in larger homogeneous classes, with just the teacher present.

Dig a little deeper, and the picture of inclusion that these results paint gets a bit more troubling. Even though the way classes were set up in secondary schools—fewer pupils, more adults—would appear to provide more favourable learning conditions for those with SEND, teachers tended to have lower expectations and offer up a narrower curriculum. Schools rationalised these organisational arrangements in terms of assisting their low-attaining pupils: a group into which those with SEND were very much incorporated. Yet what we found is in tune with decades of research that show these forms of setting or, as we concluded, streaming, favours high attaining pupils and disadvantages low attainers.

In primary schools, pupils with an EHCP were often grouped together with other low-attaining peers for classwork, supported by a teaching assistant (TA). About a quarter of the time – the equivalent of over a day a week – they were physically separated from the classroom and again worked under the direction of a TA.

The Italian academic, Simona D’Alessio (2011)i, called this sort of practice a ‘micro-exclusion’. Research by Croll and Moses (2000)2 involving 300 primary school teachers, found that two-thirds of pupils with a Statement of SEN were withdrawn from mainstream classrooms to work with TAs for an average 3.7 hours per week. Set this against our data and the implication is that instances of these ‘micro-exclusions’ have as good as doubled inside two decades.

What’s more, we found evidence of something we might call ‘nano exclusion’. Our extensive observation data showed how pupils’ interactions with TAs cut across, replaced and reduced the opportunities they had to interact with others in the room. It’s worth saying that, like with withdrawal from the classroom, this is something you just don’t see happening for pupils without SEND.

We estimated that these ‘nano exclusions’ occurred about once every five minutes. It’s a subtler and granular form of separation during lessons. Pretty innocuous you might think, but it has a cumulative effect. Imagine trying to watch a live performance on iPlayer and the wifi connection keeps dropping. You lose the flow of what’s happening, and risk becoming disengaged.

If even the least contentious definition of inclusion is a model of education where pupils with SEND are taught for all or most of the time in classes alongside their peers in their local mainstream school, then the evidence presented in The Inclusion Illusion shows an experience of the everyday classroom that deviates markedly from that of pupils without SEND.

So, where does this leave us with regard to the Green Paper? Presently, the consultation period is still live; so in theory, nothing is set in stone and there’s an opportunity to hammer out the specifics in consultation with families, schools and other stakeholders. The DfE may yet reveal the whereabouts of More Inclusive, and produce a compelling roadmap to take us there.

Exactly what sort of inclusive system is desirable – and what is deliverable – will be the subject of vigorous debate. But unless and until the DfE articulates a detailed and sellable vision of where it wants to take us, there’s a danger that progress to reform will stall. 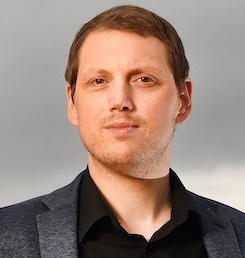 Follow:
Dr Rob Webster
Associate Professor, UCL Institute of Education at Maximising TAs
Rob Webster is a Reader in Education at the University of Portsmouth, where he is also the Director of the Education Research, Innovation and Consultancy Unit. Between 2011 and 2017, Rob led a landmark research study of the everyday educational experiences of pupils with SEND. Prior to this, he was a researcher on the world’s largest study of TA deployment and impact: the ground-breaking Deployment and Impact of Support Staff project. Based on this work, Rob developed the award-winning Maximising the Impact of Teaching Assistants programme. He occasionally tweets his reflections about SEND and music from the 1990s

Rob Webster is a Reader in Education at the University of Portsmouth, where he is also the Director of the Education Research, Innovation and Consultancy Unit. Between 2011 and 2017, Rob led a landmark research study of the everyday educational experiences of pupils with SEND. Prior to this, he was a researcher on the world’s largest study of TA deployment and impact: the ground-breaking Deployment and Impact of Support Staff project. Based on this work, Rob developed the award-winning Maximising the Impact of Teaching Assistants programme. He occasionally tweets his reflections about SEND and music from the 1990s
View all posts by Dr Rob Webster →