Just to update the post about my son getting the statement of Special Needs, we've just heard that the LEA has agreed to fund him at his independent special school. Great news and what a relief! 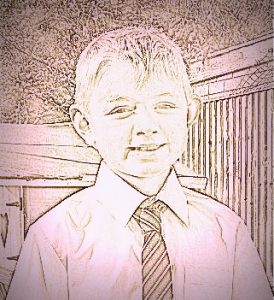 When they issued the draft statement they said they were concerned how he would manage in mainstream secondary.. so they were going to recommend mainstream secondary with support. Now we know, don't we, that for many children with Asperger's, it's not a question of someone sitting with them or being withdrawn into social skills groups for so many hours a week. It is more a constant nudging that they need and a vigilant eye for when things are starting to go wrong.

During my research, I spoke to several mainstream SENCOs (Special Needs Coordinators). They are all dedicated to their pupils and do a good job in difficult circumstances, but one said to me that they sometimes "don't hear from their ASD students for months until something goes wrong". She was saying this to illustrate how these students 'coped' adequately with day to day school life. All I could think was that at my boys' school the teachers are in constant contact with the boys and things are never left for months until something goes wrong. Although this teacher was trying to be positive and reassuring, I knew then that my son would end up depressed and unhappy in an environment where he could go unnoticed for months at a time.

Why should he simply 'cope' when other children thrive? This is not what I wanted for a boy who is incredibly bright with enormous potential but who is also extremely sensitive with sensory issues and problems with social integration. On the face of it, you wouldn't think there was anything different about him. But it is precisely when 'things go wrong' that you see that he is not the same as everyone else and does not have the coping skills that most children his age have.

This is what More House School teaches him. As well as supporting him academically, it supports his social needs on a daily basis and when they see that he is heading for trouble or he becomes upset, they can help him develop the skills he needs so that when he is an adult, difficult situations don't throw him off-course. This means that when he leaves school to go out into the outside world, he will be as well-equipped as anyone else to deal with all kinds of situations and different types of people.

If we hadn't managed to get the LEA to agree to fund him, we would have had to pay £13,000 a year for Son1 to receive the right kind of education to give him the best chance of a successful life. We had tried mainstream and had found that, with the best will in the world, the kind of support he needed wasn't available. So why should we have to pay for him to get what every other child in mainstream gets without any bother? We didn't opt out of the state system out of snobbery. We were, in effect, forced out, because our sons were not mainstream children.

Our LEA seems to have woken up to the fact that it is cheaper and easier to pay for children to go to this particular school than it is to find all the support they need within the state system. If they had to make their own school for high-functioning ASD boys, complex dyslexics (who often have co-morbidities), and children with great Occupational Therapy and Speech and Language needs, they would have all the capital costs to pay on top of  the per-pupil cost. These would include buildings and maintenance, electricity and all those other costs that don't include teachers and support staff salaries and benefits.

Just paying £13,000, and leaving it up to someone else probably seems like a great deal. We haven't asked them to pay transport - we moved to be closer so I can easily take them myself every day as I would if they were at any school. This is my part of the deal as transport costs are a never-ending headache for LEAs and I see no reason to add to the burden when I am in a position, and more than happy, to take them myself.

However, although Surrey, our LEA, have done the right thing for both my sons, (and three cheers for them), I know of other families who are having to fight tooth and nail and at great expense to get their local authority to do the same. I know of one child in Hampshire, who got a statement with no argument but despite his severe social as well as physical needs, the LEA thinks he will be able to cope with a mainstream placement against ALL the advice they have received. This is pig-headed stupidity and a game of brinkmanship with parents to see who will blink first. There is no logic to it and when the case gets to Tribunal, Hampshire will lose and will have wasted taxpayers money fighting a case that didn't need to be fought. The family will have suffered emotionally, financially and completely avoidably.

Hampshire have recognised this child's needs for OT and SLT in part two of his statement and yet have made no provision in part three of the same document and they think this is acceptable. They think it is okay just to dump him in the local secondary where his needs cannot be met (and the family has the documentation to prove it). Hampshire should know that it won't intimidate this boy's mum. She is every bit as determined as I was to make sure her son gets the placement he needs. It is appalling that she should have to put herself under considerable strain to do so. I will keep you posted as to what happens.