When, as a parent, you hold your child’s final statement, complete with acceptable placement in your trembling hand, you may think it’s okay to heave a huge sigh of relief.

Mostly, it is, for a while, but what would you do if you discovered that the provision in the statement wasn’t being delivered to your child?

By this time, something is quite often done about it and if not, you have the threat of Judicial Review (JR) to aim your sights on. 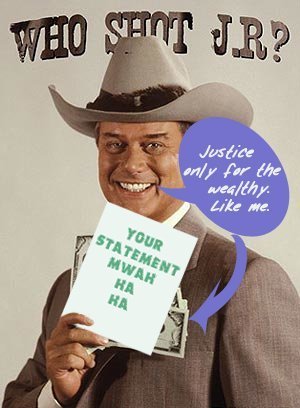 Up until now, you could claim legal aid for this if your coffers were empty. But slipping its way through the darkened nights, while we’ve all got our heads buried in the Code of Practice, are government plans to snatch your entitlements from under your very noses.

Think the legal aid changes are done and dusted?  Think again. Now under extended consultation are plans to restrict legal aid in these cases.

Currently, for the most part, if you believe that your local authority is failing in its duties to your child (such as we mentioned earlier, not providing all the elements within a statement or care plan), you can bring legal action against them, with the benefit of legal aid.

An application has to be made to the court for permission to bring this action, then if the court considers there is an arguable case you will get permission to bring the full action. legal aid currently covers the legal costs including the fees for barristers and solicitors as well as any costs which may be claimed by the other side if you lose.

What is being proposed?

Legal aid will still be available but only once an application has been submitted to the court and the court has given permission to bring the full action.

In the majority of cases, there is a clear breach of legal duties, so the cases never get to the stage of asking for JR as the local authority will sort the problem out.  However, sometimes the LA will drag its feet over resolving the issue, unless it knows there is a real risk of legal action being brought.

What do the proposed changes actually mean for me?

With LAs having to cut chunks from their budgets and with much uncertainty in the next year as the Children and Families Bill finalises, there is a real risk of an increase in cases where families will need to seek legal representation and advice.

If the current proposals for legal aid go ahead, then:

So on the face of it, those poor lawyers won’t get paid. How sad. But on the other hand, if they don’t get paid they are quite likely not to do the work.

There are many lawyers out there who will work pro bono, figuring it won’t bankrupt them and its for the greater good. There are also legal advocates who charge little or nothing. But it isn't a sustainable model - how long would you work without being paid?

What can I do if I want to get involved?

There are a number of ways to get involved in the consultation and to give your views to  before 1st November - yes, we know they haven't given us much time but don't let that stop you.

Please read about this issues so you are informed and, if you are able, follow up and have your say.