Many children with Asperger syndrome go undiagnosed for years, some into adulthood. Even when they are diagnosed young, it is always a lottery if your child is in mainstream, as to whether the school staff have a real understanding of Asperger's beyond the stereotype. I know that my own sons suffered with this misconception that AS children were a certain 'way' and if they weren't, then they either couldn't have it or just got treated with the same strategy that worked for another child with AS - without looking at what the child her or himself needs as an individual.

Families, often depending on the area or school, find themselves blocked at every turn as they try to find the right educational solution for their child. One parent, Sema Cemal has struggled for seven years to get her son the educational services she believed he desperately needed.

In our guest post today, Sema raises serious questions about educators and local authorities' understanding of Asperger syndrome and asks why some children get the services they need while others don’t stand a chance. At the end, don't forget to add your views.

I am a Chartered Psychologist and a single parent of two. My daughter is 13 and has always been happy at school; she loved primary school and is thriving in secondary school.  My son is 12 and from day one he has struggled with life and school.

My son has always been a special child. He is loving and compassionate, bright and creative.  At the age of one, he developed an interest in vacuum cleaners.  This intensified as he got older and what initially was quirky and endearing became a consuming obsession with cleaning gadgets. 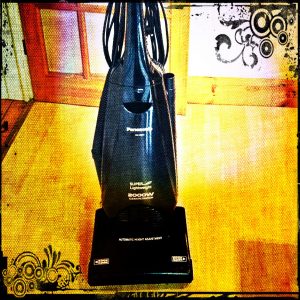 I began to notice he was different from his peers at nursery school, mainly because of his obsessions but also due to his difficulties interacting with other children, distress in social situations and his difficulty separating from me.

He was diagnosed with high-functioning autism/Asperger syndrome at four-and-a-half. I will never forget the Paediatrician’s haunting words: “I’m most concerned about his emotional well-being and mental health.  Children with Asperger’s are much more likely to suffer from depression and suicidal tendencies in later life.”

I could not have known then how prophetic these words would be and how my son’s mental health would be held hostage by inexperienced educators and a local authority more focused on its budget than providing a healthy educational environment for the special needs community.

The "hidden disability" bites at home

I began to learn more about Asperger’s, the ‘hidden disability’ that would mask my son’s needs and make his difficulties ‘invisible’ in school.  If a child has a physical disability, this is visible and easier to deal with. But my son was a bright child with an advanced vocabulary and staff did not acknowledge his serious difficulties coping at school.

In the first year of primary school he suffered with anxiety attacks every morning about going to school. The scariest times were when he’d threaten to harm himself.  At the school gate, he would have meltdowns and I would have to physically drag him in. He was often hyper and aggressive when he got home.

The teachers assured me that he was happy and calm at school.  It is a fact that children with Asperger’s ‘hold it together’ at school, trying not to get into trouble or be singled out, and then ‘explode’ when they get home.  After several meetings with staff, it became clear they had no understanding of Asperger’s and soon he was punished for saying or doing things that were a symptom of his autism.

I tried moving him to a new school but he became more distressed. He hated Sundays because he had school the next day. Then the school dynamic changed; he was bullied daily by other children who called him “stupid”, “disabled”, “spastic” and teachers were punishing him for being distracted, too slow or for fidgeting.

Again, staff dismissed my concerns and made me feel like a neurotic, over-protective parent. Meanwhile, the daily fight to get my son into school and his challenging behaviour once he came home was taking its toll on my family - the atmosphere at home became unbearable. 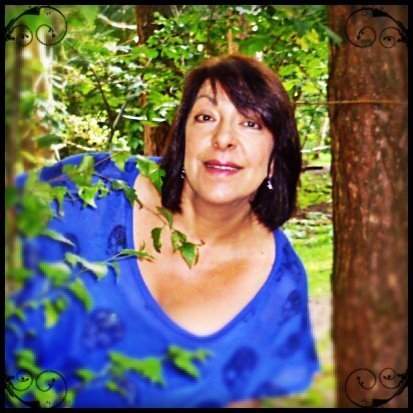 Eventually I had to give up work – the daily stresses and the ongoing fight to meet my son’s needs became a full-time job.  My days were spent calling helplines for advice, drafting letters to school, attending meetings with school staff and keeping a daily record of my son’s crippling anxieties (this would provide crucial evidence to support our case later on).

Meanwhile the anxieties increased and my son was making suicidal threats related to school. As a Psychologist I could see the severity of the problem; as a parent I felt completely helpless. I knew I had to get outside help. Our GP helped with a referral that led to an assessment by the Tavistock Centre in London who recommended weekly psychotherapy immediately.

The support and validation from the Tavistock fueled me to seek an independent opinion on the situation at school. I hired a specialist solicitor who determined that the school was failing to meet my son’s needs and he needed a Statement of Special Educational Needs.

This was the beginning of a long, costly battle to meet my son’s special educational needs. I had to pay for three private assessments – Educational Psychologist (EP), Speech & Language Therapist (SALT) and Occupational Therapist (OT).  Their recommendations were unanimous – my son had significant needs and needed a Statement.

Despite these expert recommendations, we had to fight the local authority all the way before we received an acceptable Statement. We had to go to Tribunal and I had to pay the legal fees and for expert witnesses to attend. We won the case. The victory, however, was short-lived.

Six weeks after the support was put in place, it was decided that this be reduced (SALT from twice weekly to once termly; OT from weekly to fortnightly) because my son was “doing so well”. I was stunned.  Surely it was obvious that he had made progress during this short time because of the support and it was far too soon to reduce the support. I spent the next six months ‘fighting’ to keep the support in place.

The search for a Secondary solution

The biggest battle, however, was about to start – trying to get my son into a suitable secondary school.

I researched and visited local schools and found there was very little provision for children with Asperger syndrome. Several schools were honest enough to tell me they could not meet my son’s educational needs.

I visited the only secondary school in our borough that boasted a unit for pupils with high-functioning autism. What I found, however, was a small, cramped classroom with mostly low-functioning children that had severe behavioral difficulties. I knew my son would not cope in this environment.  When I discussed my son’s Statement with the unit head, I was told they were unlikely to meet his needs.

I came across an independent school – non-specialist but with small class sizes, on-site specialist provision and a unit for high-functioning children.  It was 25 miles from our home, but it seemed perfect.  After a two-day taster session, my son declared he loved it and was offered a place.

The local authority, however, refused to place us at this school.  Instead, it named the school in our borough that I had visited and that was obviously unsuitable. My solicitor lodged an appeal and I prepared for a second Tribunal, more expensive assessments from experts, additional legal fees and increased distress to my son.  Just a few days before the Tribunal hearing we were told the local authority would place my son at the school of our choice providing I paid for the transport.

I spent the summer worrying about whether my son would be happy at this school.  Whilst I was certain it was a good school, I worried about whether he could cope with the journey and whether his school phobia was so ingrained that he would never be happy in any school.

The big day arrived. The first day at his new school.  An early start, we were up at 5.45am.  I drove to the bus pick-up point full of anxiety.

He got on the bus happily. And he came home ecstatic.

He has been attending this school for almost a year and he loves it.  Not once has he said he does not want to go to school.  He has made friends, he enjoys lessons and does his homework on his own.  Of course there are things he finds difficult and stressful, but staff are quick to deal with these issues, addressing them before they escalate.

As for me, after seven years of fighting, each time I receive a letter from the LA my heart misses a beat and I think the worst. The experience has definitely left me traumatized and I still have many questions:

I think of those parents who are unable to fight like I did – parents who do not speak English well, who cannot navigate the system or afford the legal fees.  As I celebrate our victory, I have to advocate for those left behind. It is a sorry situation when only those who have money, time and an advanced education can get appropriate schooling for their children.

Read the full article at: semacemal.wordpress.com

Thanks to Sema for her story. Of course in September 2014, it's all change for the SEN system and parents should have access to an independent supporter - the DfE says every parent who wants one should have access. Do you think the new system will make stories like Sema's a thing of the past? Let us know in the comments.