I've been pondering on the SEN section of the Children & Families Bill for a while and I am perplexed by what seems to be an anomaly for some 18-25 year olds.

One of the aims of the extension up to 25 is so that young people can avoid a 'cliff edge' and they are supported through further education and training. If a young person with SEN is what is termed 'NEET' or 'Not in Employment, Education or Training', it is intended that they will be encouraged back into the system with a reinstated Education, Health and Care Plan.

Apprenticeships will be covered by the EHCP, as will further education. But not Higher Education at universities. I realise that most universities have pastoral care services, with lots of advice available, and a browse through several university websites reveals an impressive array of help to ensure equality of access and even counselling services. 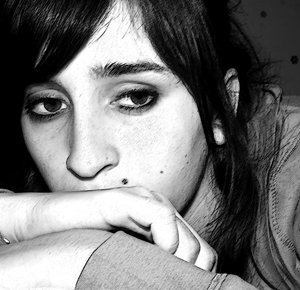 But what bothers me is that without an EHCP, it isn't statutory. So, depending on which university you choose, you may or may not get the support at a level that would meet the same criteria or above as might be set out in an EHCP and the legal backing to make sure that this happens.

And if there is no mandated regular review, it will be much easier for a student to fall through the cracks. For example, a young person with Asperger's, desperate to fit in, initially gets help and is thought to be doing well and there is little concern for his well-being. But in fact, they begin to struggle socially and then academically and then mentally. They may be away from home, or uncommunicative or not wanting to admit they aren't coping. The student's difficulties are not flagged up until things have deteriorated significantly because the university is not under any statutory duty to monitor regularly or ensure his needs are being met.

Of course, at a university with first-rate pastoral care, this may well be picked up. But if it isn't, then what? All the work, support and progress that has been done with the young person while they were under 18 will be jeopordised.

Naturally, there are difficulties in bringing universities into the fold. They  have their own ways of doing things. There is the Disabled Student's Grant and lots of advice for faculty staff such as this provided by the Physical Sciences Centre. A student may also be out of his home authority, which brings its own difficulties (not to mention vulnerabilities).

But this SEN reform process is about 'blue-sky' thinking. The busy beavers at the DfE have already managed to bring in a duty on health to provide when they initially said it wasn't possible. They managed to include Independent Special Schools when it was thought it would be a difficult hill to climb and they deserve much praise for this.

I have seen that there are many bright young as well as more experienced brains in the DfE with tons of energy working on this reform - I bet if they were set the challenge of bringing in universities, they could do it.

Otherwise it just seems to me that if you're a practical sort and opt to take on an apprenticeship, your SEN will have the legal protection and support of an EHCP. But if you're a geeky, academic type who wants to go to uni, well, er, good luck with those special needs. Just make sure that the university you choose not only has the course you want but the pastoral support as well, because you'll have no legal redress through a tribunal.

An article in the Guardian in 2010 highlighted the difficulties faced by students with disabilities. I believe that having universities covered by EHCPs could boost the number of disabled students finishing their studies and thus being better equipped to lead a productive and rewarding life and less likely to be unemployed.

Maybe my fears are unfounded - my boys are below university age but are in the GCSE stage, so it isn't a million miles away. I would really like to hear about your experiences on this and whether you think universities should be included in the EHCP remit.

*Addition: This article in the Guardian underlines my point: If the EHCP covered universities, it may well be a different story for the students in this story