To coincide with Deaf Awareness Week, the charity is launching a video version of its successful guidance to enable deaf children to benefit from the information to help them stay safe from sexual abuse.

Research by Sullivan and Knutson indicates that deaf and disabled children are three times more vulnerable to abuse due to communication barriers. A 2004 study by M.H. Kvam also found that deaf girls experienced sexual abuse with physical contact more than twice as often as hearing girls, and deaf boys more than three times as often.

We need to make sure that these children do not miss out on information that could help them keep safe but learn to recognise right from wrong behaviour.

The new film, which is in British Sign Language and includes subtitles, teaches deaf children the key principles of the Underwear Rule: that their privates are private and that their body belongs to them. It provides an easy way for parents and carers to broach a difficult subject, without having to mention scary words like sex or abuse.

The Underwear Rule campaign has so far helped 400,000 more parents have these important conversations with their children, and it is even helping the police catch perpetrators. 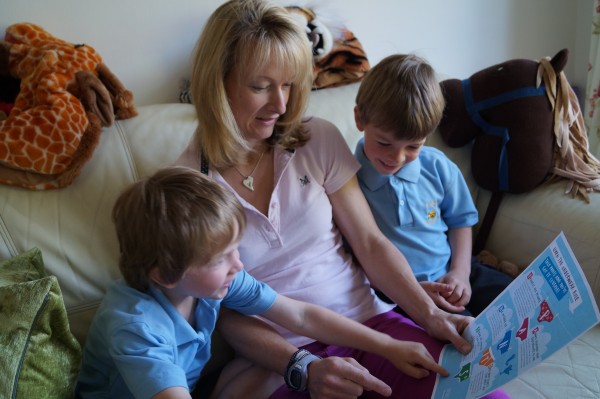 Last year Ron Wood, 60, of Chaddesden, was jailed for eight years after being found guilty of four counts of sexually assaulting a three-year-old girl. The girl’s mother reported Wood to the police after she taught her daughter the Underwear Rule and the girl told her about the abuse.

Bim said, “As a father myself, I know how important it is to find different ways of explaining such important messages to your children. And as a deaf filmmaker, I’m very aware that producing films in British Sign Language is a great way of communicating information to deaf audiences.

“We wanted to use drama as a way to bring families together, showing parents explaining and reinforcing messages. We hope that the film is supportive and not scary, so that children can respond in a way appropriate to their age and understanding.”

Watch the new film and find out more about the NSPCC’s Underwear Rule campaign.

If you think a child is worried after watching this film then please encourage them to contact ChildLine by email or online chat or by calling 0800 1111.

If you’re an adult with concerns about a child or you are seeking advice, please contact the NSPCC helpline by calling 0808 800 5000, emailing help@nspcc.org.uk or texting 88858.

If you are deaf or hard of hearing, you can also speak to the NSPCC through our SignVideo service at nspcc.signvideo.co.uk.