We all have a basic need to be accepted by others. As many families affected by a disability know however, not being accepted by peers or being subjected to stares is a painful fact. When you or your child live with a visible facial or craniofacial difference, finding acceptance can be even more difficult.

As September is Craniofacial Acceptance Month, I wanted to focus on Apert syndrome, a rare genetic disease or craniofacial difference, caused by early closure of one or more of the specialized sutures between the skull bones that expand during normal brain growth. These sutures separate the bony plates of the skull and when not fused properly, result in a distorted head shape and face and the brain being forced to grow in an abnormal space. Apert syndrome may also affect the hands and feet and result in fusion of the bones there.

At RareConnect, home of the 66 rare disease online communities I help manage, we recently created an international Apert syndrome community to unite the various groups spread over the web in to one place where they are not only accepted, but understood. 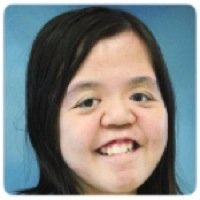 Surgery is an unfortunate part of growing up with Apert syndrome. A parent of a young man with Apert syndrome explained the hard choice they had to make to help their son with Apert live a more normal life. “Since surgery is the only option to address the fusions caused by the mutation and my son was severely affected by the syndrome, I always followed the doctor’s recommendations. 18 plus surgeries later, I don't regret having used the best of what modern medicine had to offer. However, there came a point where medically necessary versus aesthetic became an issue. It made me stop and think about what would be most beneficial to my child.”

This is a point many similar families have reached – whether to put their child through more painful surgery to help them look more like their peers rather than to fix a medical issue. Everyone would like to be accepted for who they are, and not based on how they look. But how can you instill that value in your child? Angelica, a college student living with Apert syndrome spoke movingly on how her parents raised her, “Their ultimate act of true love was instilling the decision to raise me as they would with any other children - with love, respect and freedom to choose, to be taught and to be challenged, ultimately growing stronger from those challenges.” 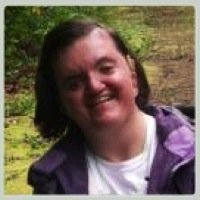 Many people facing rare diseases on the RareConnect communities highlight misunderstanding and rejection by doctors, society, and sometimes, even family. We’ve already connected Apert syndrome advocates and provided them a platform to use for improving conditions and understanding on a global level. Families with young children with Apert syndrome along with adults can now reach out across the world and language barriers and meet people who understand their experiences and can reflect back empathetic advice.

If you or a family member are affected by Apert syndrome you can join our the international Apert community and connect with others who understand here: https://www.rareconnect.org/en/community/apert-syndrome

We are planning some exciting webinars this Fall (autumn) and I hope you can join us in learning and exchanging there.