It’s been a busy week hasn’t it? The budget revealed further cuts in the offing for disabled people – although Nicky Morgan said later they were just a “suggestion”, which was interesting.

As it happens, Mrs Morgan, the Education Secretary, has had a particularly busy week, unveiling the White Paper for Education. SEND got a look in of course, mostly through banging on about the reforms we’re all still struggling through (she didn’t mention that bit)

I’m not going to go into much detail today, as this post is about something else. However, the biggest concerns I’ve heard online centre around turning all England’s mainstream schools into Academies. As we all know from speaking to other parents, many Academies aren’t overly keen on admitting children with SEND, despite it being a statutory duty.  The White Paper also leaves the high needs funding and assessment arrangements still in local authority hands, but says, “We are also looking carefully at the assessment of pupils with special educational needs to ensure it helps teachers to support their progress effectively.” [6.21] What could that mean?

Finally, for now, at [6.69]. it talks of an intention to, “review what is happening in practice for all children with SEND, not only those with statutory plans, and what more can be done to improve these children’s attainment, outcomes and experiences.” I predict that we will be hearing more on this pretty soon. 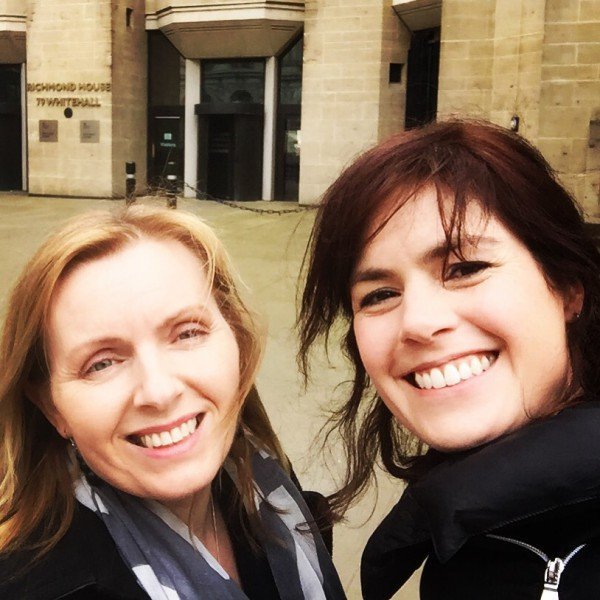 It wasn’t just Mrs Morgan who was busy at Westminster this week, I was too, along with SNJ columnist and Just Bring The Chocolate blogger, Renata Blower. We gathered with regional and national representatives from the National Network of Parent Carer Forums (NNPCF), the chief exec of the Council for Disabled Children, Christine Lenehan and the chief exec of Contact A Family, Amanda Batten in a cramped pub on Whitehall at 9am.  This was to be a follow up to our successful meeting with the SEND Minister, Ed Timpson, just before Christmas, only this time, our target was the SEND health agenda. (pause for the sound of cheers)

Fuelled by nothing stronger than coffee or tea and toast, we headed next door to the Department of Health for an introductory meeting with the Minister responsible for children’s health, Jane Ellison.  Very pleasingly, also in attendance was Michelle Mello, the Deputy Director of Nursing at NHS England (which is where children sit), and Sarah Elliot, the lead nurse for the NHS.

And I’m not finished. To show how important parent involvement is seen in central government, also there was Flora Goldhill, the Director of Children and Families at the Department for Health and Ann Gross, Director of SEND at the Department for Education. Both were at our previous DfE meeting. Finally, there was Gareth James who has responsibility the Disabled and Ill Child Services Team at the DoH. An impressive line-up, you will agree!

We were there to raise the issues that we have all faced since the introduction of the SEND reforms – the difficulties faced when trying to coordinate and engage with people from health when trying to put together an Education, Health and Care plan. It’s a pretty vital piece of the jigsaw if your child has health needs, particularly as many health needs can impact negatively on children’s access to education and their ability to learn.

In the various NHS newsletters I subscribe to, there is always much talk of patient engagement and involvement – but it often seems to be just that – talk. These worthy aims have not shown up in real terms when we are trying to organise support or appointments for our children (or ourselves!)

This needs to change-fast, so this is why we hoped our meeting was just one of a series to turn the talk into real, visible action for parents, carers and children.

One of the problems highlighted was that health staff don’t understand their roles and statutory responsibilities when it comes to EHCPs. It isn’t that they don’t want to do the right thing, but if you don’t know what that is, you have little chance of success.

Each health area, called a Clinical Commissioning Group (CCG) is supposed to have a Designated Medical Officer (DMO) to liaise with the local authority when organising provision. The DMO is not a post in itself – it is an ‘addon’ responsibility for an already busy health professional such as a paediatrician or similar. You can already see the difficulties, can’t you?

Another area of concern is school nurses and their knowledge and confidence for completing or administering EHCPs. Sherann Hillman of the NNPCF said she had led training for school nurses and that training in EHCPs was vital for everyone involved with them. And you would think that this is pretty obvious thing to do when bringing in a new system, but it just hasn’t happened – and that isn’t just for school nurses but across the piece in health, social care and in some parts of education too.

The underlying issue, perhaps, is that SEND hasn’t been seen as a priority in CCGs and they don’t understand where SEND sits in their remit/

Some of the parents reported that they had seen successful joint-commissioning – where local NHS and local authorities work together to provide what a child needs. We need to identify the good practice that is out there and learn from it.

It’s time for health, education and social care to truly put the child and family at the centre – fine words need committed action and a culture of not being bound by how things have been done in the past.

We heard very positive words in this from Mrs Ellison and from all the health leaders and officials.  The Minister said she certainly understood the issues from her own constituents. We hope that this initial 'getting to know you' meeting will be followed by other gatherings, workshops and most of all by a change for the better in health provision for disabled children and their families.

What would you like to see work better or changed? Leave your answer below in the comments! 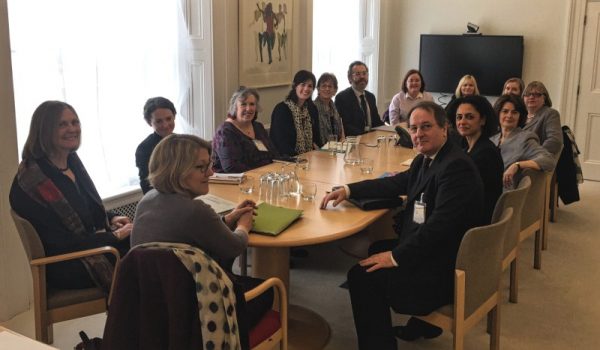 Yes, you’re right. This review mentioned in the earlier part of the article does say it will look into that too

I’m a parent in the process of trying, along with my child’s school, to get a statutory assessment for EHCP for my child. I’m a nurse working as part of the school health team in East Sussex, commissioned by East Sussex County Council. In regard to the observations in the article of school nurses being unsure of their remit …for example, the service specification the East Sussex team work under doesn’t stipulate involvement in EHCP’S in the way the article relates.. It’s not something the service is commissioned to have input with within the 3 CCGs in East Sussex. I’m… Read more »

I’m sure it must be different in different places and I will check what I wrote – it’s quite possible I may have unintentionally overstated -(was rushing when I wrote it) but I will check the CoP on this. There is a CoP guide for health professionals available already and I k ow school nurses are expected to play an important role.

No problem at all, I’m sure it is different in different places. In East Sussex, when the school nursing service was under the primary care trust, there was much more scope for school nurses to just dip in and out of everything where the need was. It is much more structured now, and if it’s not commissioned it’s not done. Perhaps commissioners need to take note and see if this is something they would like to commission for the school nursing service to provide and include in a future service specification.

That’s really good information as I wasn’t aware that some school nurses had to be commissioned. I’m in Surrey, I’m going to check what the situation here is as I am working with them som some aspects of improving SEND