Today, 28th February is Rare Disease Day. It's an awareness raising day for the millions of people around the world who are affected by rare conditions. Most suffer from lack of investment in research and drug development because there simply aren't enough people diagnosed to make it a profitable enterprise for pharmaceutical companies.

Today on Special Needs Jungle is the third of our series of posts about rare diseases as our contribution to raising awareness. You can find links to the others at the end of Deb's moving article about her beautiful son J, who has a rare eye condition that means he cannot see. 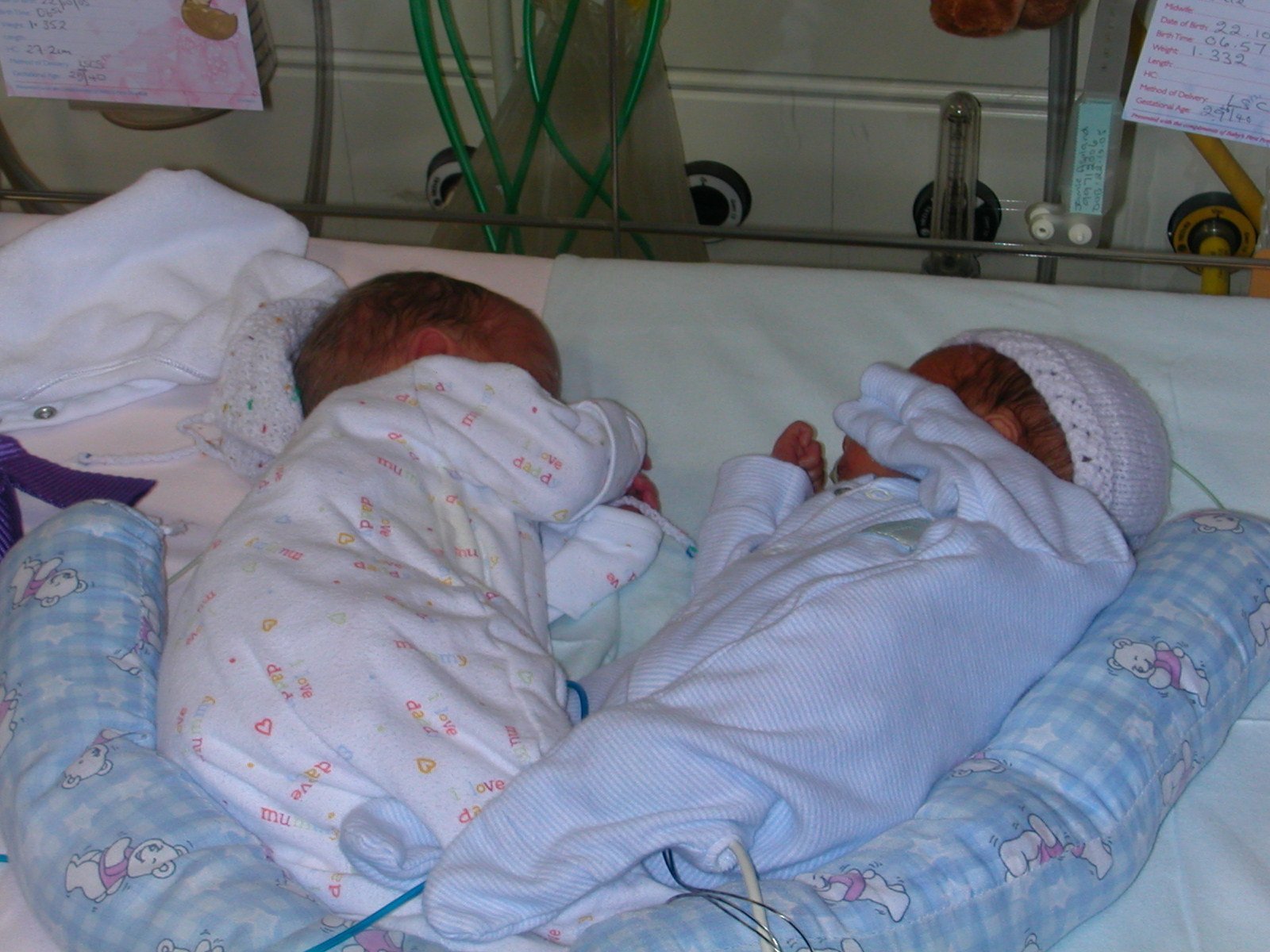 My twins were born three months early.  After an emergency arrival into the world, R, my daughter "just got on with it" (as the NICU nurse described it).  However, her brother, J, was not so keen to be here early (he still doesn't like early starts) and needed more intervention.
As a result of their prematurity, they both developed Retinopathy of Prematurity (ROP).  This is the abnormal development of blood vessels in the retina of the eye and the condition has five stages.  My daughter was diagnosed with borderline stage 1/2.  My son was initially diagnosed with Stage 3 but this quickly developed to  stage 5, which in layman's terms means his retinas have detached.  He has no vision or light perception.

I still vividly remember the night we received the diagnosis.  We were told this was a routine eye examination for premature births (with very little other detail) but as soon as the ophthalmologist was examining my son, I knew by his reaction that something wasn't quite right.  To check for this condition, the baby has to have their eyes pinned open and I remember just listening to my son cry.

He was then handed to me and when I asked what was wrong, was told to wait while they examined his sister.  So I sat with a crying baby in my arms, listening to my daughter crying while she was examined, all the time knowing I was facing some bad news.  I will never forget that moment as long as I live.

When I was handed my daughter to console her too, I asked what was wrong and received a really technical explanation of ROP.  I then remember asking what this meant in "mum language".   Having gone through the whole diagnosis of hydrocephalus with K, my eldest son earlier the same year, I was less frightened of asking questions. I asked "does this mean he'll need glasses or he could be blind", believing that everyone would smile and say, "glasses maybe but hey..."  But hey.

The response I received was the one I didn't want to hear.  The opthalmologist left and the nurses looked as shocked as I did.  When I asked for more detail, no one had much available but thankfully, the nursing staff were amazing and one offered to get me as much information as possible for the following morning. 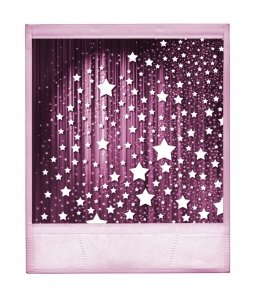 After consoling the twins and settling them down, all the time trying to keep it together, I had to go home and explain to my husband what I had just heard.  I can still see us sitting in the garden that evening and looking at the stars.  I suddenly broke down and said, "How will we tell him what a star is if he can't see?"

Trying to find information on ROP Stage V was very difficult as it is so rare.  Most sites were either far too technical or recommended we speak to our opthalmologist, which isn't possible at midnight when you can't sleep.  If anyone out there knows of any useful resources or sites with information in "mum language", please let us know below so we can share with other parents.

We did have a great clinical director at the NICU though, who had been the person to confirm that my eldest son had hydrocephalus eight months earlier.  He came in to see us the next morning and explained in language we understood what ROP meant, what the future may hold, what the options were and what would happen next.  He was one of those people who really is in the right job for the right reason.

We were referred to an amazing consultant opthalmic surgeon (Mr W Aclimandos) at Kings College Hospital.  Again, one of those people doing his job for the right reason.  He (and his lovely secretary) made the next six months of surgery, researching further surgery and eventually acceptance of his condition much easier to deal with.  No question was too stupid, he was never too rushed and their support for us as a family was immense.  Our daughter was eventually discharged as her condition didn't progress (which is the more common outcome) and J was eventually referred to Moorfield's and then GOSH. 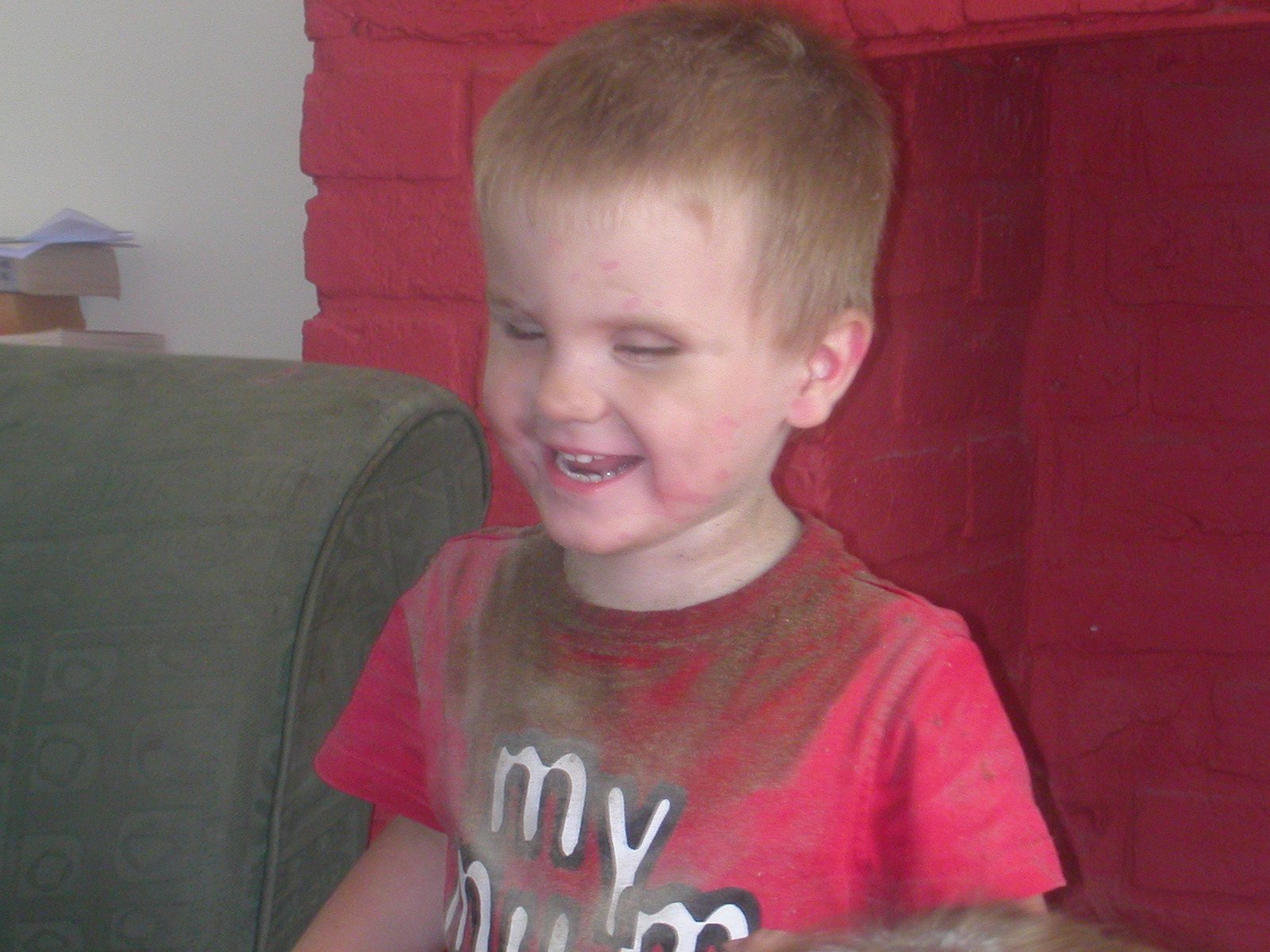 We tried "shells" which are like artificial eyes that sit over the actual eye to encourage the eye sockets to grow.  However, they are predominantly cosmetic and after three years of having daily traumatic distressing battles (for him and us) to get them in, keep them in, or  remove them, we made the decision not to use them.  This is something that several people have questioned and I am grateful that those involved with J didn't put us under pressure to continue.

We are now seven years on from the diagnosis and we have an amazing, funny, clever little boy who is happy, content and developing way ahead of our expectations.   He makes me swell with pride and cry with laughter.  He also likes to get messy!

So many children with ROP have other health issues too, due to their premature birth so we are also very grateful that his lack of vision is all we had to deal with.  There are occasional questions about whether he is also perhaps on the autistic spectrum (I am told that this is quite common for children with ROP stage V) but as we already have a son on the spectrum, that label doesn't scare me as much as the diagnosis of ROP did.

Rare Disease Day is such a great way to raise awareness to parents just going through a diagnosis.