I am often contacted by desperate parents searching for help with finding the special needs solutions for their children.

It's something that Helen never imagined herself having to do. She had never had to worry about SEN support for her son Jake, until he became a teenager and his health began to deteriorate.

He has since been diagnosed with a rare disease, Kleine Levin Syndrome. From having a healthy 13 year old, Helen found herself searching for answers, support and a way through the jungle of health, social care and special needs services.

We never thought our world would be turned upside and we would suddenly be fighting for our son’s right to his education.  Our son Jake, was a healthy, happy 13 year old with predicted A grades at GCSE when he got sick.

He got sick slowly, in an unexpected way, it was so difficult to explain – but his behaviour was no longer normal. 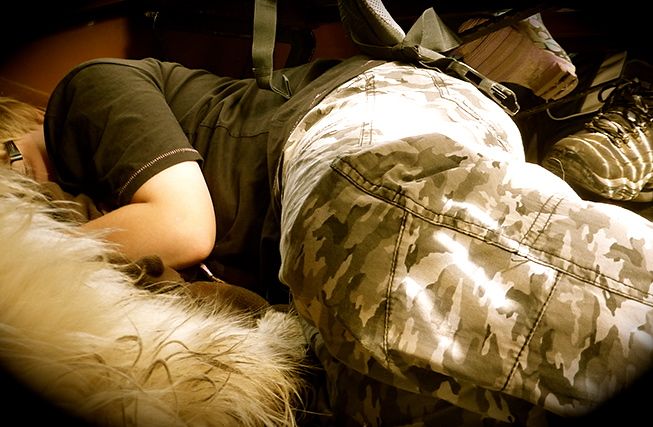 He slept for a longer periods of time, he fell asleep in shopping centres, on woodland walks in the rain, every time we got in the car – and at the same time he lost his confidence, he did not know his address, what day it was, some days he could barely speak – yet nothing had happened to him, he had not had an accident or even a bad virus – but suddenly he was not the son we use to know. It was so much more than sleeping, but sleeping was the most obvious symptom and the easiest to talk about.

We were being told, don’t worry he is just a teenager – teenagers like to have lie-ins, sleep all day and barely grunt at you, and they can change into teenagers overnight! But teenagers still leave the house, can walk for two miles without having to sit down and sleep, teenagers can be woken and it is not like they are in a comatose state with pounding headaches and having hallucinations when awake, and although teenagers might choose to ignore you, our son just didn’t hear us some times.

We saw doctors, we saw neurologists, we visited CAMHS, we made our own private referral to London and we had the same response – it is very interesting. Who wants to be interesting? We wanted to know when our son would be back.

We noticed that despite seeing all these doctors and reading the reports about Jake’s condition, they were missing the point, they were not seeing everything we were seeing; the points we felt were key to his condition.

We wrote to our GP and our neurologist and told them in a detailed letter what they were missing – it was a hard letter to write, to describe everything our son could no longer do – but this letter struck gold, it was the best thing we ever did up to that point.

A week later we had an appointment with a paediatrician who, from our description and the tests he had had so far, suggested Jake  may have the rare neurological condition of Kleine Levin Syndrome.

We had never heard of KLS – we read up on it, Googled for information and learned that it was episodic and that the episode would end, but may repeat. Shortly after that, Jake was back, it was nearly Christmas and his last memory was the summer holiday. For a while, he was the bright young person who we had before – until it happened again.

It has happened a lot since. The episodes have been a variety of length from one to 118 days, with gaps in between episodes from 1 to 33 days – KLS affects Jake severely.

We went from 100% attendance to 30% at school and we realised that when unwell, Jake was cognitively unable to learn, he could barely write his name. Yet when he was well, he was a bright, able student who had just missed loads, with topics moving on at school so rapidly he could barely catch up.

In Year 9, we focused on just his core subjects, dropped the ones he was not continuing with and school agreed to half-days to reduce the stress, and for him to do catch-up work in the mornings. We muddled through, thinking it was all okay.

We're in Year 10 now and KLS continues. Jake is still missing huge chunks of time and we think he is doing OK. But when his  first exams arrived,  Jake panicked because he realised he has not been taught what he needs to know to succeed and that to catch up involves him copying from books, working independently but on some days doing nothing as no one knows what work to give him because he has missed so much. We also asked the school to put in writing what would happen if he was ill for exams and missed them.

In all this time we have not been chased for school attendance as they have marked him as ill and school have looked to us for guidance – but we don’t know what the options are.

After having the exams and then having five weeks off for another episode, Jake returned to school to watch a video all day as they had no work planned and we saw “red” -  there has to be more help for him.

We discovered the Local Authority Inclusion Services, who might be able to help Jake have catch up education. They had not been told about us and could do nothing without medical records and a referral.

We sent them all his notes and they contacted school. At the same time we began researching education in more detail and although we had an IEP, we had no real support or action, so after broaching the idea with my paediatrician, she agreed that applying for Statutory Assessment might be a good idea.

We also approached local colleges to find out about his post-16 options and they had been in touch with school... and we found SPecial Needs Jungle and bought the book.

Two weeks after we got to this point, we were in shock; the Maths teacher rang us at home to ask if he can put Jake into exams early, so he has a chance to sit his GCSE’s twice, and he has had some 1:1 catch up in Maths.

His Science teachers wrote to us and invited him to attend a 'catch up' assessment day in the Easter holidays if he was well enough and the English team have delivered a copy of his curriculum, the books he needs and some research guides to my door at 4.45pm in the evening. We have also had our first meeting with our head teacher (we have dealt with the head of year and SEN department to this point), who is looking into offering us five hours of 1:1 support a week when Jake is well, looking at reducing his time-table further and offering us easier GCSE options.

All because suddenly we have asked for more support – we are still applying for a Statuary Assessment – we may only have four terms left, but Jake deserves the opportunity to achieve the best he can, and we know school were in the wrong, as otherwise the arrival of the Statuary Assessment notification would not have had the reaction it has had.

We have done a detailed report for the Local Authority, the form we received allowed for just a small paragraph, instead we have sent a lot of evidence of Jake’s condition and we can only hope they read it and  support us.

Kleine Levin Syndrome is hard to understand – if affects only around 1000 people world wide, most patients go undiagnosed for 7 years, and most grow out of the condition within 20 years, and go on to live a normal life, but in the mean time are robbed of their teens and twenties – have little or no qualifications and struggle to be understood.... we are hoping our case will be different.  To follow our story – then visit our parents guide to KLS – www.kleineLevinSyndrome.co.uk

Here is our video about out story: