As I'm a fun kind of gal, yesterday I watched the livestream of the #rareEU2015 meeting in Brussels held by EURORDIS, Europe's rare diseases patient advocacy alliance. Well, listened to the stream in the car for some of it, as Youngest managed to miss the last college bus and mum's taxi service was required to get him there.

#rareEU2015 was being held ahead of Rare Disease Day on 28th and gave an opportunity to hear from patients who have had a ‘Rare but Real’ game-changing influence on health policy, so of course I was interested.

Having been involved in a successful effort to do just this with the charity, Arrhythmia Alliance, some years ago, I know what a huge and continual effort such an undertaking is and it takes extraordinary individuals, already hard-pressed by illness or caring duties, to take a lead and push an agenda forward.

There were many interesting things said but what struck me was when the patient advocates (unpaid) spoke, they prefaced their words with, "I'm just a mother" or, "I'm just a patient."

If I'd been able to afford to go and feel welcome, I would have told them that they, as advocates were, in fact, the most important people in the room and there was no need to feel grateful for being there.

The event was free to attend, but you would still need deep pockets or someone to foot the bill on your behalf to be able to get there as an attendee. As one advocate commented, and as I know myself, when you're disabled, participating in events in person is possible but, physically, extremely difficult as you need extra help (and often, a helper) to access public transport and must often use expensive taxis instead. And that all costs money.

This #rareEU2015 event was unique in that it offered the chance to participate online and put questions forward which seemed to work really well as an alternative to being there in person and kudos to Eurordis for this; I couldn't have written this article without it!

The wider point about participation however, is that it's the conversations that happen over lunch or in the corridors that often end up having the most impact on your cause. There is, in the end, no substitute to being there, but if your small charity or non-profit has severely limited or no funds, your voice is less likely to be heard.

The answer? If the medical profession and big pharma really want to hear the patient/carer voice, they need to pay for it far more often than currently happens; pooled funds providing travel and accommodation bursaries for some of those advocates who want to contribute in person. As a former co-chair of our local Parent-Carer Forum, when we attended meetings for the SEND pathfinder with the local authority, it was recognised that our time should be as valued as the LA staff and we were paid for not only travelling, but time spent as well (This was funded by the government).

Maybe those within the medical profession- from the NHS to multi-national pharma organisations could get the same idea, because as we all know, you really value what you pay for. Otherwise patients will always be the poor relation, or 'prized' as something special for showing up voluntarily when they should be an integral (and funded) part of the co-production/participation process. Not just at big events, but at meetings of all levels. Nothing about us without us, right? It's true there are a few paid patient advocates around, but by hearing the same voices, you don't benefit from a wider pool of experience.

The other things I took from the webcast was the tenacity of those advocates, some of whom had lost children to the cruelty of rare disease and the lack of awareness.

.@BojanaMirosavlj “Zoya was the centre of our world. Doctors knew nothing about #Battendisease as it didn’t have a code.” #RareEU2015 ... — Rare Diseases Europe (@eurordis) February 24, 2015

One parent/patient advocate, Carla Fladrowski passed on vital advice to anyone wanting to make a difference: in the end, it's down to building relationships and then, when you've made them:

"Once you get your teeth in, keep your teeth in – we've spent so long being silent and we have an opportunity to speak out and if we don't, we will lose it.... I started off being very intimidated dealing with medical professionals but living with Jake really changed me from someone perhaps superficial, to someone concerned with the burden of something going wrong ...with so many problems on a day to day basis.

This last point from Carla struck home as when meeting with GPs and non-specialist medics regarding my sons and myself, I am usually the most knowledgeable person in the room about EDS.

"Have the courage to challenge the status quo."

And that, in a nutshell, is what we are about here at Special Needs Jungle and what we advocate for you. Have courage and challenge when something is not right. If not you, then who? 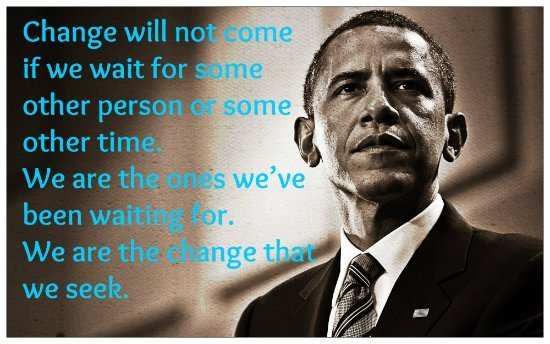 I'm quite fond of infographics so I  thought I'd put one together to illustrate some facts and figures about rare diseases for our Rare Disease theme. The hashtag that you can use on Twitter, Facebook, Instagram or Google+ is #raredisease as you see at the top. It's free to use (because we're nice like that) and share however you like. Just right click and save as - or share from here. 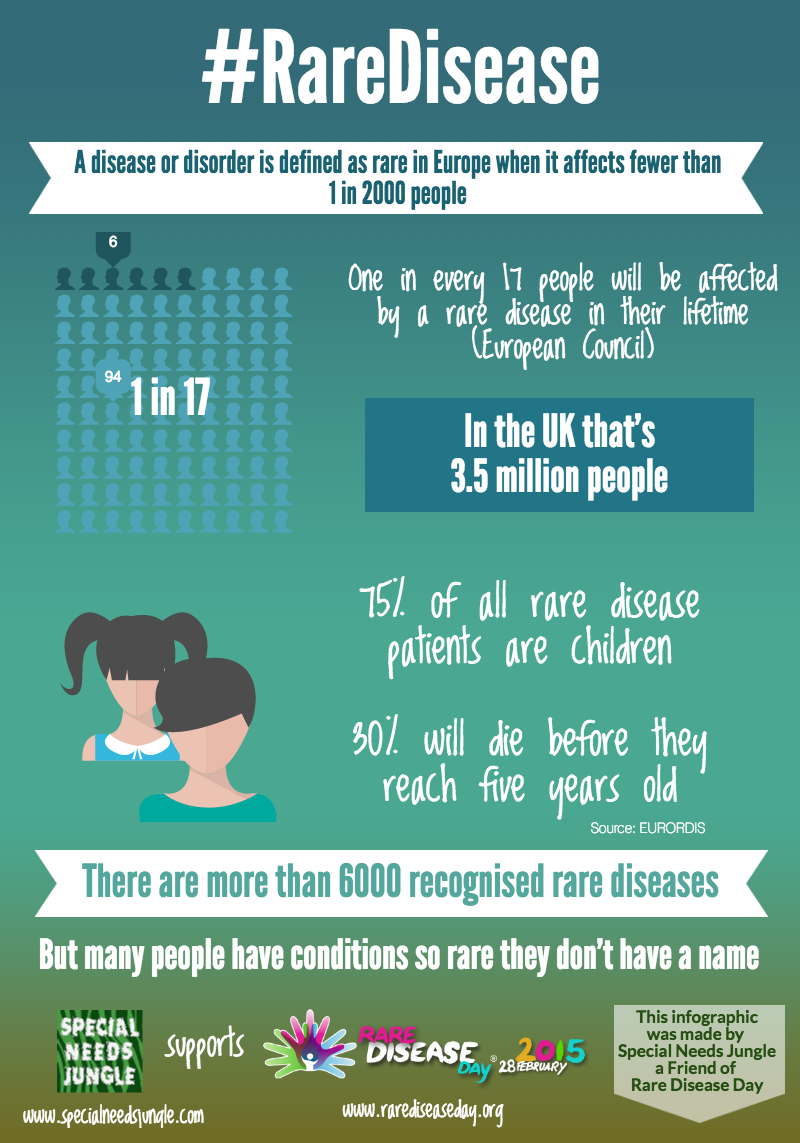