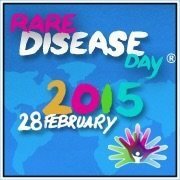 We're hoping to have a number of posts this week highlighting Rare Disease Day, on 28th February. It' the 8th year it's been held and it is important to us as everyone in the SNJ team is either affected or is close to someone affected by a rare condition.

Special Needs Jungle is proud to be a Friend of Rare Disease Day and I'm looking forward to attending the Rare Disease UK Parliamentary event for the day tomorrow.

Jenny Smith, a fellow mum and Cheetahs In My Shoes blogger whose children have SEN, recently wrote this very popular post for us and has kindly written a post about how rare disease affects her and her family. Jenny, like myself, is affected by Ehlers Danlos syndrome but in Jenny's case, it is a much more complicated picture as this is such a multi-faceted condition.

As with myself, Jenny's children are affected by this genetic condition (autosomal dominant) but again, it's such a complex picture that no medical professional is prepared to put a name to it - which brings many more difficulties.

My name’s Jenny and I have a ‘Rare Disease’.

Well, it’s not that rare because it has a name and depending on which set of statistics you read, it can affect anything from 1:150000 of the population to 1:5000 which is a bit of a big variation.

I have Ehlers-Danlos Syndrome – mine is atypical because the genetic testing shows that it is mainly ‘Type III’ (hypermobility), but has a ‘Type IV’ genetic marker. If I knew what that looked like I would show you, but I don’t, so go with me. I know one other person with this genetic testing result and our symptoms and presentation of the syndrome are very similar – but we are not at all similar to many other people with the EDS diagnosis. Tania, for example, has EDS but hers presents in a way that is recognised more widely among medical professionals, although her own GP had never heard of it. 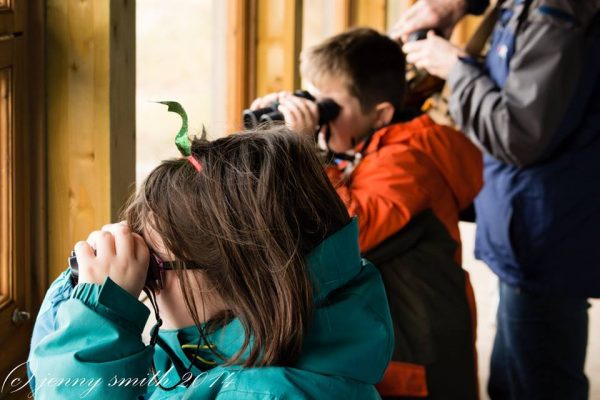 My EDS was diagnosed after the birth of my second child. A set of freak situations and the inability of the NHS system to transfer a report less than 20 miles in 22 weeks, meant I ended up in the clinic of someone who listened to my history, took one look at my scars and told me that I needed to be referred to the EDS team at University College Hospital in London as soon as I had delivered. I was 31 and all of a sudden the pieces clicked into place – not only for me but my parents and wider family. Suddenly we had an answer. Not a solution, but a reason and a step towards understanding why my body behaves as it does.

Although there are a general set of symptoms and accepted assessment scales for Ehlers Danlos Syndrome, it affects everyone in different ways. Symptoms vary, pain varies and complications vary. It’s a syndrome that requires a holistic diagnosis – just because someone can’t do the “bend your thumb all the way backwards” thing, doesn’t mean that they don’t have the syndrome.

The management of the condition needs to be holistic too, something that is still an utter mystery to many medical professionals, much to the frustration of those in their care. There is not a ‘one solution fixes all’ approach with Ehlers Danlos Syndrome, as much as some ‘experts’ would like you to believe. Certainly there are strategies that produce excellent results, but how those are implemented has to be tweaked to suit the person, their symptoms and their state of mind.

It is extremely likely that both my children have EDS too. Getting a diagnosis for them has been an uphill battle because, like me, they don’t present in the way that allows a direct diagnosis to be made. “An unnamed muscular skeletal problem that presents in a similar way to EDS,” does not really help in the education system, neither does “there’s definitely a problem but we don’t quite know what to call it”.

Despite the new Statutory Guidance for Schools Supporting Pupils with Medical Conditions stating that “Schools do not have to wait for a formal diagnosis before providing support to pupils” the determination amongst many professionals to maintain the, “fit and well until officially labelled otherwise” approach is still depressingly common, even when there are clear physical symptoms.

Without that diagnosis, the label becomes “awkward”, “time-waster”, “unstable”, “attention seeking”, “lazy”, or “hypochondriac” while the parent can be accused of being over protective, micro-managing their child’s life, Munchausen’s By Proxy or worse.

To diagnose a rare disease is difficult. By the nature of the beast, you cannot expect every doctor in the land to have a detailed knowledge of the signs and symptoms that go with every condition. In a condition such as EDS, the sheer variation of how those with the syndrome present makes it even harder. We have to appreciate that but those of us who have those conditions also have a responsibility to make sure that those professionals who are caring for us are informed, to the best of our ability, as to how our condition affects us. We cannot judge those who care for those of us with rare diseases if we don’t communicate – although that statement does assume those we are talking to have the humility to listen, understand and accept that everyone’s experience, symptoms and understanding of their condition is unique to them – even if it does fall under the umbrella of a name that they recognise.

"We cannot judge those who care for those of us with rare diseases if we don’t communicate – although that statement does assume those we are talking to have the humility to listen, understand and accept that everyone’s experience, symptoms and understanding of their condition is unique to them"
Generalisation by both the medical and education professions does not help with rare diseases. The assumption that all people with EDS are ridiculously hypermobile is not correct, nor does the fact that you’ve taught someone with hypermobility mean that the same support strategies in school will work.

For those with a rare disease, the future is often unknown. We know the strategies and medications that get us through on a day to day basis but what will it be like in 10 years’ time? We don’t know. I had both my kneecaps removed when I was a teenager because, at the time, there wasn’t a replacement knee that would have lasted for my lifetime. We couldn’t gamble that the technological advancements would be made that would ensure I wouldn’t be wheelchair bound before the age of 60.

Now having children of my own, who clearly have some form of the condition, I’m acutely aware of how much I don’t want them to go through what I went through. Their life with a rare disease is, if I can make it happen, is to be as normal as possible. Informed, well managed and whatever normal is.

Every medical charity wants to carry out more work raising awareness, continuing research and developing cures. I suspect however, that many people with a rare disease themselves, or who have children with rare diseases, would much ‘prefer’, if that's the right word, that their child had a diagnosis of a much more 'common' condition as there are more treatment options and so much information out there to support them, their families, teachers, colleagues and friends.

So, this Rare Disease Day, may we continue the quest to inform those around us of our rare diseases, how they can help and how sometimes our conditions are so rare, that label may never come (there's another day for that!) which doesn’t mean we’re faking it, it just means that we’re a little more statistically unusual.