One of my fellow special needs mums, whom I met over Twitter, Emma Murphy, is spearheading a campaign highlighting the emerging dangers of taking the Epilepsy drug Sodium Valproate (Epilim) in pregnancy after many cases have emerged of children born to mothers taking the drug had developmental difficulties and other disabilities. It's being described as 'the new thalidomide'.

Emma Murphy has already made a splash with her campaign and today there is an article in the Telegraph about research which bears the anecdotal evidence out.

The findings were published online in the Journal of Neurology Neurosurgery and Psychiatry. Researchers at Alder Hey Hospital in Liverpool, studied 528 women in the north west of England. Just fewer than half the mothers had epilepsy and all but 34 of whom took anti-epileptic drugs during their pregnancy. Fifty nine mums took carbamazepine; 59 took valproate; 36 took lamotrigine; 41 took a combination; and 15 took other drugs.

Their children were assessed three times up to the age for/of six and their mothers asked if they had consulted specialists about their child's development. By the age of six, 19 children had been diagnosed with a neurodevelopmental disorder, of these 12 had autism, one had both autism and ADHD, three had ADHD and four had dyspraxia. Children exposed to valproate alone in the womb were six times more likely to be diagnosed with a neurodevelopmental disorder. Those exposed to valproate plus other drugs were ten times more likely to have a diagnosis than children whose mothers did not have epilepsy. It means 12 per cent of children whose mums had taken valproate alone during their pregnancy had a neurodevelopmental problem, as did one in seven of those whose mums had taken valproate with other drugs.

No child born to a mum with epilepsy, but who didn’t take drugs for the condition during her pregnancy, was diagnosed with a neurodevelopmental disorder.

Author of the study Dr Rebecca Bromley, of the Department of Molecular and Clinical Pharmacology, said in the Telegraph: “If sodium valproate is the treatment of choice, women should be provided with as much information as possible to enable them to make an informed decision. But on no account should pregnant women just stop taking the drug for fear of harming their developing child.”

Below is the press release from the IN FACT campaign. If you have a similar experience, please get in touch with her.

THE FIGHT TO PROVE DAMAGES CAUSED BY SODIUM VALPROATE HAS ARRIVED

Since the drug Sodium Valproate (Epilim) appeared on the market in the late 1970’s,  there have been numerous medical journals and research papers released, discussing its dangers and the damages it may cause when taken during pregnancy, and in some cases has been named as the New Thalidomide.  However, over 30 years on, the ultimate paper has been published bringing to light  the damages caused to the foetus when taken by the mother during pregnancy,  these include cognitive impairment,  problems with Verbal IQ and Autistic Spectrum Disorders.

The drug Sodium Valproate was introduced onto the UK market in 1973 and became the ‘drug of choice’ for clinicians during the 80s, 90s and into the 00s.  Since its introduction, a large number of children have been born to women with Epilepsy taking this drug with numerous difficulties and abnormalities diagnosed as Foetal Valproate Syndrome, under the umbrella of Foetal Anti-Convulsant Syndromes (FACS).

However, the drug is no longer just being prescribed for Epilepsy, but is now given for a range of neurological problems such as Bipolar, Migraine Headaches and Pain Relief.   In the UK alone approximately 1200 children are exposed to Valproate each year  and  diagnosed with Foetal Valproate Syndrome.   As the drug has been on the market for 40 years, this means there may be around 48,000 people exposed to this drug costing the UK Government millions of pounds each year in health care, education, social services and benefits for the families whose children have been affected.

The first report which involved children being affected by Sodium Valproate (Epilim) was published in 1981, written by H Nau entitled ‘Valproic Acid and its Metabolites’. 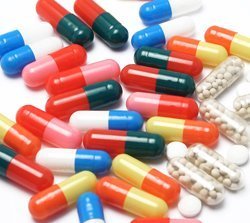 The problems being caused by Sodium Valproate were noted in the 80’s by the Committee on the Safety of Medicines (CSM)  and the Medicines & Healthcare Regulator Agency (MHRA) and the drug was closely watched,  with the definitive journal paper appearing in 1995 stating there was such a syndrome.  The paper was written by geneticists at St Marys Hospital in Manchester and was entitled ‘Fetal Valproate Syndrome’ clearly outlining all the problems which the children were suffering from.  Over the years there has been a large number of journal papers reporting on valproate in pregnancy with  an accumulation of data released recently highlighting an association between prenatal exposure to the drug and altered child neurodevelopment.

Today a definitive journal paper  is to be published in the Journal for Neurology, Neurosurgery and Psychiatry.  This is a prospective study stating that ‘an accumulation of evidence demonstrates that the risks associated with prenatal sodium valproate exposure include an increased prevalence of neurodevelopmental disorders’, confirming what has long been suspected.

Question:  Why is this journal paper so important?

This is a prospective study which has followed children,  whose mother took Sodium Valproate (Epilim) during pregnancy,  for the first 6 years of their life and has shown that this drug does cause Neurodevelopmental/ cognitive impairments to the fetus when taken by mother during pregnancy.

So why has this been allowed to happen when the problems were apparent from so early on?

Over the years the pharmaceutical company Sanofi Aventis, have always stated they have kept in line with scientific knowledge when reporting side effects to the fetus, albeit due to the obligations caused by the litigation. From as early as 1983 the CSM & MHRA reported on the problems caused when taking Sodium Valproate during pregnancy but did not make any attempt to issue warnings to women of child bearing age, nor did they insist that Sanofi issue warnings in the form of a Patient Information Leaflet, again these did not arrive until litigation forced their hand in the 90’s.

The Independent Fetal Anti-Convulsant Trust (IN-FACT) want a system set up to support damaged children on an annual basis as lives have been ruined by a medication designed to make life better for women with Epilepsy.  We would also like to see women taking medications during pregnancy able to make a more informed choice and so insist on a better detailed system providing advice.

As a Trust, we are currently concentrating on the issues concerning the drug Epilim  (Sodium Valproate), however there are 9 other drugs on the market which also cause Foetal Anti-Convulsant Syndrome (FACS).

The Independent Foetal Anti-Convulsant Trust (IN-FACT) which was launched in November 2012 by Janet Williams and Emma Murphy.  IN-FACT will be interlinked with the FACS Syndrome Association (FSA) also set up by Janet and Emma to support the families affected so that they will only have to register once.   Working with 4 Medical Advisors experienced in this field, together with the support of the Thalidomide Campaign Team, IN-FACT intends to push on with its Campaign for compensation from both the drug company Sanofi and the Government for the affected people enabling them to lead a more productive life.