It’s about to be a busy time for the Children & Families Bill, currently mid-passage through the Houses of Parliament and within which lies a complete re-drawing of the way Special Educational Needs, Health and Care services are delivered in England for children and young people from birth to age 25 years. 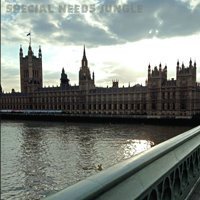 Next week, on the 9th October (Did I just say October? Crikey!) the Bill goes to the Committee stage in the House of Lords to be scrutinised, pummelled and have clauses added and removed from it. You can view the progress of the Bill here

The Lords have been busy tabling amendment clauses to the  Bill to be moved in Grand Committee. You can view all the amendment documents at this link.

It the last major chance to have the bill improved and perhaps for it even to regain the more aspirational feel it had in its younger days as a mere Green Paper.

Additionally, any day now, maybe even today or tomorrow, probably when I'm not looking, the updated Draft of the new Code of Practice will be published and a 12 week consultation launched.

This will, hopefully, be much more detailed and thorough than the indicative draft that came out earlier in the year. The indicative version, the DfE said, was just an outline of its thinking and upon which it has been intensively lobbied and has also sought views itself. I attended a CoP workshop myself at the beginning of summer, and very interesting it was too.

This, by the way, is one of the huge benefits of being involved in your local parent-carer forum – as well as helping parents locally, you have the opportunity to input views at a strategic level. More than that, even, you learn an incredible amount. For non-pathfinder authorities (i.e most of them) parent-carers and forums have a huge opportunity to make their voices heard and now is the time to get involved.

One of the biggest mistakes in the bill is the exclusion of the 'D' in SEND (i.e. Disability) if the child doesn't also have some 'E' needs. At present, the approximately 25% of children with disabilities who do not have any specific educational difficulties miss out on an Education Health and Care Plan (EHCP).

Almost everyone, except the DfE so far, thinks this is wrong and these children should also be covered.. In any case, I would hazard that pretty much every child with any form of disability will face having their education disrupted at some point through illness or fatigue related to their disability, because of access problems or possibly long hospital stays. But still, it's a whopper of an omission and hopefully will soon be rectified or the entire bill will be a farce.

A couple of proposed Lords Amendments

One welcome amendment that will be discussed in Grand Committee, is for a minimum level of provision that Local Authorities can have in their planned Local Offer of available services.

Remember, the Local Offer is not supposed to be just a directory.  The government wants it to also be one way of monitoring what provision is available, so that any gaps can be identified and, presumably, filled. But, critics argue, without a minimum level set, some authorities may scrimp on what they're offering, thus leaving what children can access a postcode lottery according to where you live.

We'll have a post about the Local Offer later this week or possibly next.

Another amendment which is to be welcomed is for the compulsory provision of education for any child who is out of school for more than a month even if that absence is due to bullying or school refusal (phobia). The amendment states that an LA must ensure that appropriate educational provision is available and provided and that any identified health or social care needs are provided for. This includes mental health issues.

Whether some, all or none of these amendments make it into the final Bill is yet to be seen. However, if there is an amendment that you feel strongly about, perhaps you might like to contact one of the members of the Lords who may have a local connection or who you might think would be sympathetic to your cause.  You’ll have to hurry though, to get it seen before the 9th.

Earlier in the year we ran two posts about the current problems with the bill. You can read them here and here. We’ll be watching to see if the government has taken heed of the knowledgeable view of the likes of IPSEA and the Council for Disabled Children.

And of course, as soon as the updated Code of Practice Draft is out, we’ll be poring over that too and would love to hear your views.

In the meantime, what do you want to see improved in the Children & Families Bill and do you think the Lords will manage to change it for the better?