We don't like being negative at SNJ. We really want to be able to write about good practice, great resources and inspirational stories.

But the Special Educational Needs and Disability (SEND) reforms have made it really, really hard to do this. We're still waiting for some case studies promised by the DfE of families who have positive experiences to share. What we are getting sent to us however, is case after case of depressing stories from families - and that's not even including our own that have yet to make an appearance in full here.

After our story yesterday, marking the first birthday for the Children and Families' Act, we were contacted by the National Deaf Children's Society. The charity has published a report illustrating the experiences of families with deaf children during the first 12 months of the new SEND system.

Ian Noon, Head of Policy and Research at the NDCS, tells us what parents of deaf children are saying about SEN reform, #1YearOn. 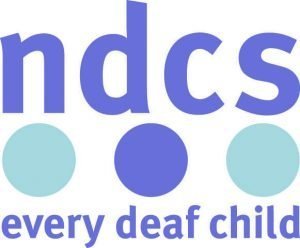 As Special Needs Jungle blogged on Tuesday, the Children and Families Act 2014 is now a year old. But at the National Deaf Children’s Society, we’re not yet getting any birthday candles out. This is because sadly a lot of the feedback we’re hearing is not great. For example, when we asked parents of deaf children recently if they had noticed any improvements over the past year to the support that their child receives, we were shocked that only 6% said they had.

This is one of a range of stats from our new campaign report (called One year on). Other depressing findings include:

One parent responded to say “Help, what should I be doing?” Others also reported on their own negative experiences so far:

You could argue that these are just teething troubles and that more time is needed for these changes to bed in. But, as we all remember, many of the above changes were piloted for over 2 years in advance of September 2014. Press releases from the Department for Education at the time trumpeted how many local authorities reported being ready for the changes. And the Department for Education has funded a wide range of bodies (including the National Deaf Children’s Society) to support local authorities in implementing these changes.

The National Deaf Children’s Society report makes a number of recommendations to help the Department for Education and local authorities keep their promises to parents of deaf children. At the top of the list is making sure that Ofsted hold local authorities to account. We’ve been long-promised a new inspection framework. But, one year on, there hasn’t yet been a consultation document on how this will work. And early indications suggest that any inspections will be fairly general and won’t have any specific focus on the specialist education services that deaf children rely and which are key to making sure these reforms work for deaf children. It’s difficult to believe that a one-size-fits-all general approach will make a big difference to deaf children or indeed to other specific groups.

We want to do our part at the National Deaf Children’s Society in helping make sure that these changes are a success. We’ve already produced a range of factsheets on our website for parents of deaf children which explain parents’ rights under the system. We also have a selection of resources for deaf young people and education professionals. But we’ll also be keeping our campaign work up – and we’ve recently set up a campaign action for our members to lobby their MP about the report.

The Government made a range of promises that children with special educational needs and disabilities would get better support. One year on, it seems clear to us that the Government need to do more to keep these promises if the changes are to benefit deaf children.