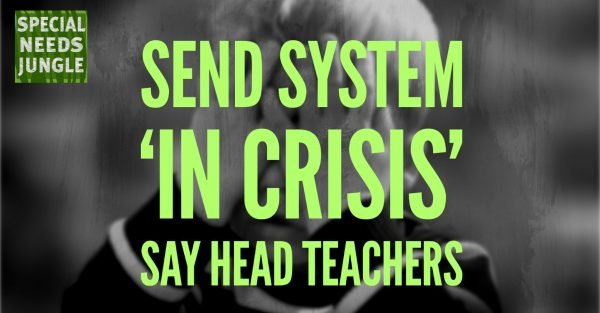 The National Association of Head Teachers (NAHT) has branded England's SEND, 'a system in crisis'.

From over 600 responses to an online survey, about their experiences in relation to the education of children with special educational needs and disabilities the NAHT found "powerful testimony of an education system struggling to meet the needs of its most vulnerable pupils". It says it will use T will use to press the government to ensure that not only schools but health and social care services are properly funded.

Who are the NAHT?

The NAHT represents over 28,000 school leaders across the UK and were one of the first to raise alarm over the school funding crisis hitting schools across the UK.

It points to figures from the Institute for Fiscal Studies that between 2009/10 and 2017/18, total school spending in England fell by 8% per pupil in real terms.

In addition to cuts to school funding, cuts to health and social care provision now often leave teachers at the front line in supporting a range of children’s needs, including those with special educational needs (SEN). The funding crisis in schools is not just about cuts to education budgets, but the cost to the most vulnerable children of cuts to a range of critical support services.

Over the summer, the NAHT carried out their survey that revealed: