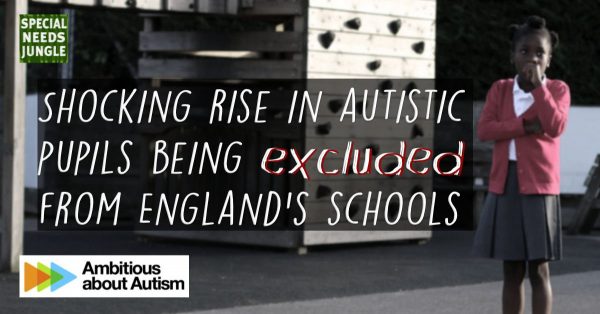 We've seen for some time the rise in children with special educational needs and disabilities, particularly autism, who end up being excluded - often illegally - from school because there isn't the expertise or provision to cope with them. Now, charity, Ambitious about Autism has obtained and analysed figures that show just how bad the problem has become. It's calling for urgent action to find out why children with autism are disproportionately at risk.

Department for Education data on pupils with autism and exclusions going back five years, was obtained via a Freedom of Information request submitted by the charity. The figures show nearly 4,500 pupils with autism listed as their primary need were excluded in just one year – a 60% increase since 2011. Children with autism are the most at risk group of all special education needs pupils with Education Health and Care plans (EHC) to face being sent home from school.

Since 2011, the overall number of pupils excluded from school has risen by 4% with some English regions, such as the South East, actually seeing a drop.  But at the same time, exclusions of children with autism have increased by at least 44% in every part of England.   The North West has had the biggest increase – with cases doubling since 2011. We've made an infographic of the figures Ambitious has analysed, you can see it at the bottom of this post.

Although there has been an increase children with autism in schools, the exclusion rate remains disproportionate to their number. Children with autism account for just over 1% of the school population, but make up 2.5% of all exclusions. Ambitious about Autism has submitted its findings to the School Exclusions Review, an independent review, commissioned by the Government and led by former children’s minister Edward Timpson.

“Schools are shutting out thousands of children with autism. The impact of these exclusions can’t be underestimated – not only do children fall behind academically, but the isolation from their peers creates deep unhappiness, social anxiety and mental health problems.

“Our evidence clearly shows children with autism are disproportionately at risk from exclusion, compared to other pupils. The new School Exclusions review must get to the bottom of what is happening to these children – who have been failed for too long by our education system.” Chief Executive of Ambitious about Autism, Jolanta Lasota

Ambitious about Autism supports several recommendations to tackle the growing rise in autism exclusions. These include:

The charity has launched a new campaign, marking its 21st anniversary called ‘We need an education’ to draw attention to the thousands of children with autism being denied an education. 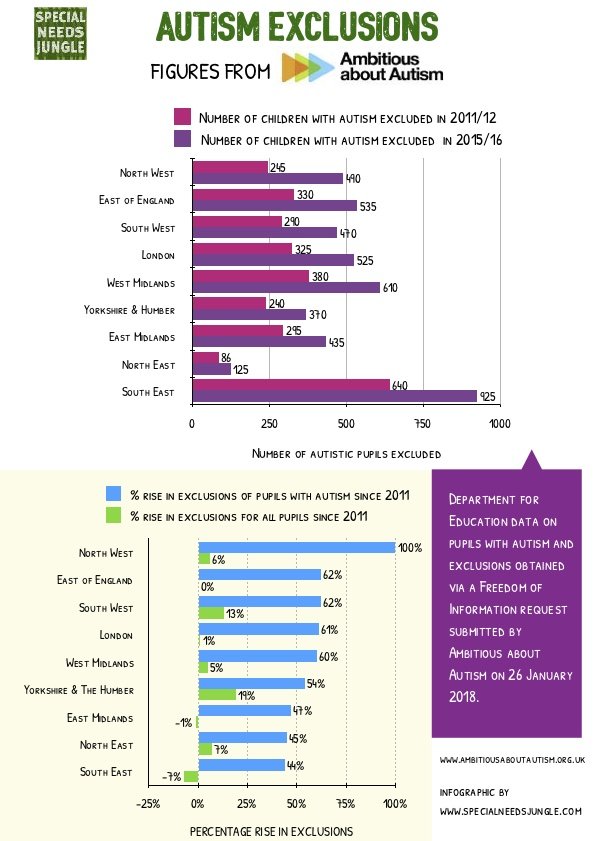 Share your experiences of your child with ASD and exclusions in the comments below!