You know us, we talk about the reforms to SEN currently going through parliament. A lot.

It's important stuff and if done properly, will revolutionise the experience of future generations of SEN children. And parents - i.e., you and us, are fully (in some areas) involved with the process. 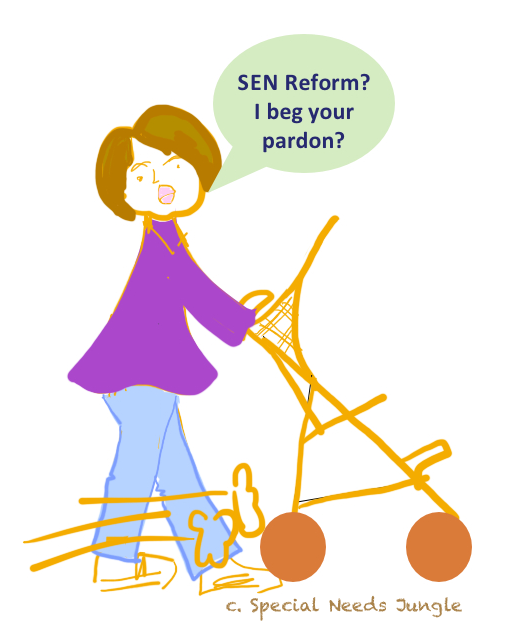 We'e sorry, what? What the heck are we talking about? You know, the SEN reforms! You know almost nothing? No way!

Yes way... And how do we know this? Because we ran a survey to find out. And not only was knowledge about the reforms much lower than it should be, but almost three-quarters of people answering were worried that the changes would mean their child would end up worse off, losing provision.

The results are in, and it would appear that the DfE and local authorities need to seriously address the issue of communication. 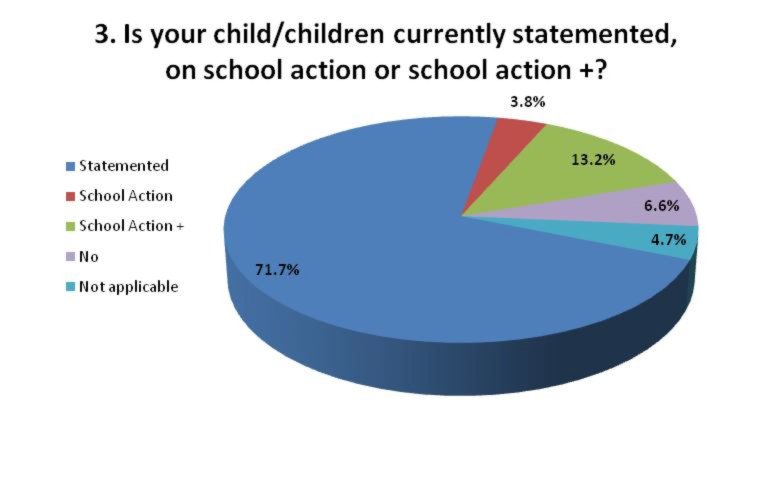 One finding that we probably didn't need a survey to find out is that the cost of a Tribunal is high - both emotionally and financially. Especially when LAs often insist on purchasing extremely costly external legal representation. This is one of the reasons why parents welcomed the aspirational Green Paper way back in 2011.

Question: Is the Local Authority you live or work in a Pathfinder?

Question: Have you been involved in developing the SEN reforms in your area?

"I am shocked as to the number of teachers and parents who know nothing about this, especially SENCOs" 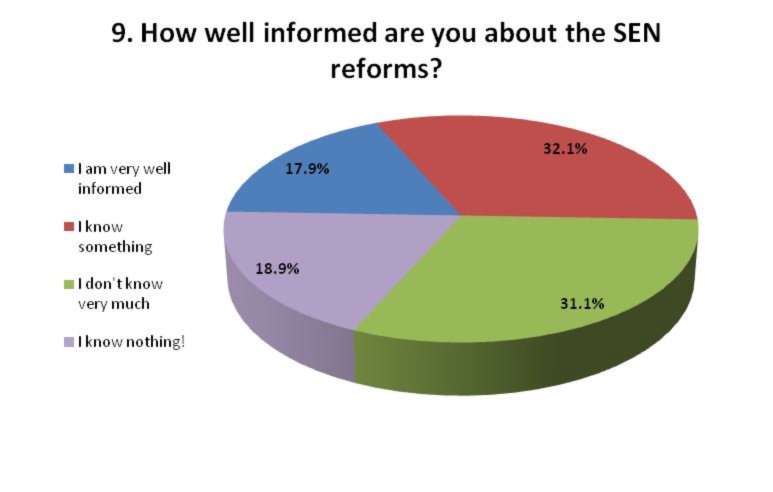 71% of respondents knew nothing, or very little, about the Local Offer - this was only slightly lower in Pathfinder area (66%).

We asked what people thought the Local Offer was and overwhelmingly, parents believed it was either just related to Short Breaks or cash related. Some responses:

"Set amount of money per child with SEN"

"This is to do with Short Breaks, like we had under Aiming High - what short breaks are on offer locally"

Only three people responded with any real accuracy: "A web based "mind map" of the journeys families take and how to access help along the line". Several people still presume there will be a resource directory - which was met with ridicule based on past experiences.

"I think the idea is really good but there MUST be good LOCAL support for families, provided by people who know the area - not a national box-ticking company" 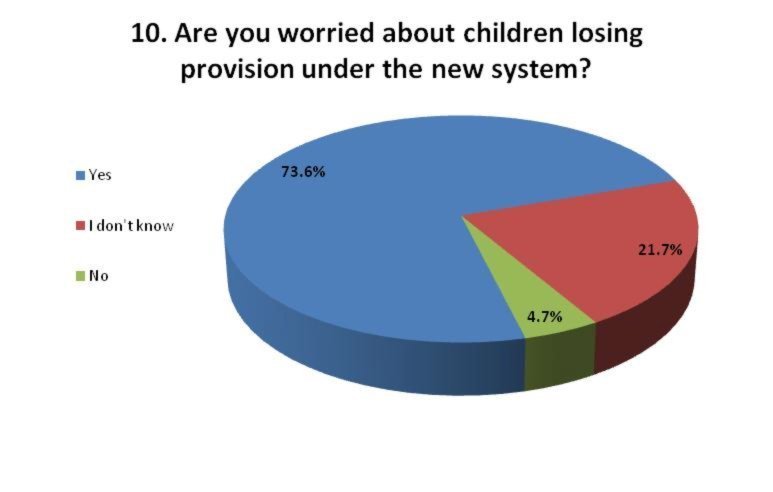 In the Green Paper, there was lots of mentions of Keyworkers for families and families were all delighted. However, once the draft Bill arrived along with the draft Code of Practice, Keyworkers became a good idea but not essential. We asked if families should be given the option of a Keyworker to support them through the process and should this offer be a requirement, rather than a recommendation and 76% said yes. In Pathfinder areas, this rose to 81% - and that speaks for itself.

We asked people to give general comments throughout the survey and I have chosen my particular favourite.

"What needed to change was LA/LEA/School accountability to parents and children so they delivered what they were supposed to deliver. The law in itself was good - it was just the power to enforce pre-tribunal that was weak"

It wasn't a huge survey but still, there is much to be taken from it regarding the views and level of awareness of parents. Some of the changes were needed (e.g. education to 25, not having to wait 26 weeks for a statement) but the biggest change needed is culture change and the proposed Bill does nothing to address this (even if Mr Timpson has spoken of its importance). If it ain't in the Bill, it means nothing.

So we would like to ask HOW will the DfE and Local Authorities ensure that parents, children and young people are involved and informed? This Bill is travelling fast so time is limited; they need to take action now.

Congratulations to the 5 winners of the e-book version of Tania's "Special Educational Needs, Getting Started with Statements." Emails with single use codes to download your book from Smashwords ebook hub will be landing in your inbox in the next few days.