Today it's our pleasure to welcome the two lovely ladies, Helen & Elizabeth from SpeechBlogUK as our latest columnists. As the blog name implies, they are both that endangered species, the Speech & Language Therapist.

They've been blogging for a year and we noticed them immediately for their informative posts that are a 'must read' for every parent of a child with SLT needs. They'll be writing their columns 'as one', so think of them as 'Helen Elizabeth'...

Here, today is the first of what we hope will be many columns.

I remember the first time I met a group of children with severe language difficulties.  I was interested in becoming a speech and language therapist but had limited knowledge at the time of what this would involve. 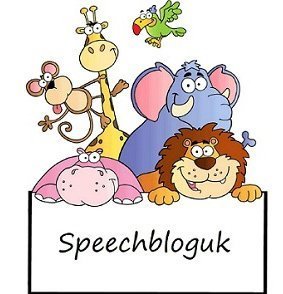 I spent a year volunteering in a specialist school for children with Specific Language Impairment (SLI).  I arrived at the school at lunchtime one day and was waiting in the dining hall when all the children came in.  I wasn’t quite sure what to expect, but the animated buzz of conversation in the hall throughout the meal-time surprised me.

Knowing very little at the time, I expected that children with language difficulties wouldn’t talk!  Of course, some of the children did speak very little or not at all, some signed, and some didn’t really respond when I spoke to them.  Many others however came over and said hello.  They told me their names and chatted about themselves.  They smiled, laughed, joked with each other and put sentences together.

I couldn’t immediately see why they were being educated in a school for children with severe speech and language difficulties.  That only became clear as I got to know them over the coming days and weeks.  Then I began to realise that some of them had very limited vocabulary and found it hard to explain things clearly.  Others often misunderstood what was said to them.  Most of them found the rules of conversation confusing and needed help with negotiating the confusing world of social interaction. 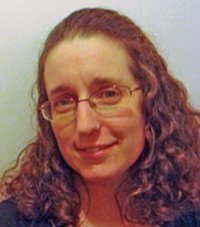 Language disorder can often be a hidden disability.  It is not something you can see when you look at a child (or an adult). However, over one million children in the UK have some kind of SLCN (Speech, Language and Communication Needs).  This represents an average of 2 in every class.  It is very likely that you have met children with language disorders, though you may not have been aware of it. (Figures from www.talkingpoint.org.uk )

It is hard to describe a typical child with a language disorder since, as with many special needs, they will present differently – children with language disorders are individuals with their own strengths, weaknesses and personalities, just like the rest of us!  However, a child who has been diagnosed with language disorder will have a difficulty in one or more of these four areas – the clarity of their speech, expressive language (putting sentences together), comprehension (understanding what is said to them) and/or social communication (conversation skills).  These difficulties can affect them across the curriculum, and throughout everyday life as well.

Many children with language disorders have developed really good strategies to help themselves when they are confused and this can make it difficult to spot the cause of the problem.  Sometimes it can take a long time before anyone realises there is a problem at all as a child is so adept at covering it up.   I have worked with children who watch and copy others when they don’t understand. 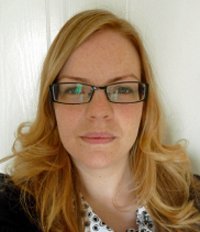 At the moment I am working with several children who learn chunks of language and repeat them, often in the correct context, and people often don’t realise that they don’t understand what they’re saying (even I’m fooled sometimes!).  Other children have good avoidance strategies when they know they will get something wrong, such as one child I worked with who was a master at trying to avoid things she found difficult by asking questions, changing the subject, leaving the room or playing the clown.  Sometimes the first thing anyone notices is that a child is finding it hard to listen and behave appropriately.  Of course this isn’t always because they don’t understand, but it’s definitely something to be considered.

I still have lots to learn about language disorder as every child is different.  However, after two years of working in a special school, three more years at university studying speech and language therapy and over ten years of working in the field, I hope I’m a little better than I was at spotting language difficulties and identifying what the problem is and how to help!

I still remember that day in the dining hall though and the process of realisation that just because a child can speak it doesn’t mean they don’t have a language problem. Throughout the country, in different homes and schools, many parents and teachers are going through the same process of realisation as I did.  It’s something I really want to raise awareness of and I try to work with schools and parents in doing that.

That’s one of the reasons that we started Speechbloguk , and it’s why we’re so pleased to be able to contribute to Special Needs Jungle as well, to highlight the importance of language difficulties and how to spot them.  Take a look at the Communication Trust   and the RALLI website for more information.

Even more importantly, when you meet a child who finds it hard to hold a conversation, doesn’t answer questions clearly or copies others rather than following instructions for themselves, consider that even if they communicate in sentences, they may have difficulties with language.  Identifying the problem is the first step in supporting them, in whatever way they need.