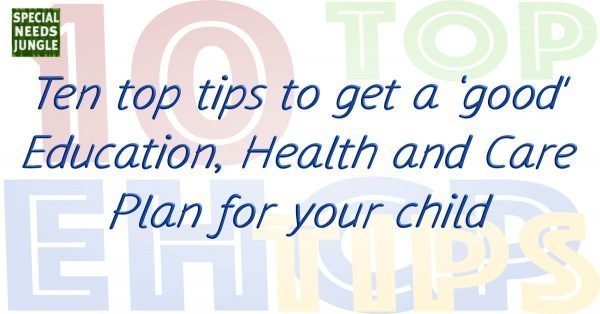 Many of you will have seen Nadhim Zahawi MP – the current Children and Families Minister, talking on BBC Breakfast a couple of months ago about how the SEND reforms are a ‘huge success’ and claiming that he hasn't seen an EHC Plan that is not worth the paper it is written on. Many of you will have also been left scratching your heads as to why Mr Zahawi’s experience is so different to your own. 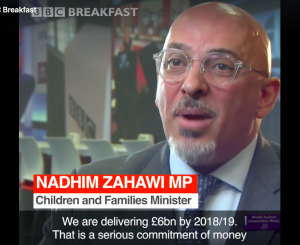 When pressed on the current difficulties faced by parents of children/young persons with special educational needs (SEN) - in terms of delays, lack of funding and limited special educational provision being provided, Mr Zahawi stated that the government will “continue to look at the statistics to understand why a handful of Local Authorities are having problems."

It didn't take long before vast numbers of parents, many of you included, took to social media to air your concerns – SNJ called for an audit of the data supplied and an array of parents began highlighting the difficulties each of you have faced in your respective Local Authority areas. These personal accounts covered the length and breadth of the UK and inundated SNJ.

Whilst the government have pledged to invest £6 billion in special educational needs and disabilities by 2018/19, the question remains as to the usefulness of such funding if the government’s basic understanding of the difficulties parents face is so wholly misunderstood.

Poor EHCPs can even lead to exclusion

One of the issues that Mr Nahawi did recognise was that the rate of children with SEN being excluded from mainstream school is disproportionately high. He sought to reassure parents by announcing a set of reviews which will look into why this is. My question therefore is why can't Mr Nahawi put 2 + 2 together to get 4?

Children with ‘poor’ EHC Plans, which do not specify the child's specific special educational needs and do not quantify the proper amount of provision that those needs require, often result in the child’s genuine difficulties being wrongly categorised as ‘bad behaviour’ for which they are excluded. This appears to be because mainstream schools do not generally have the resources or the funding to provide above the level of provision specified in the child’s EHC Plan and the level of disruption is easier remedied by way of exclusion (whether that exclusion is lawful or not is a whole other matter).

Every child with SEN is entitled to a properly specified and quantified EHC Plan so that it is visible at first glance of the EHC Plan by any professional, what that child’s specific needs are and how best to support them. The special educational provision detailed should be what the child’s SEN require - not simply what their Local Authority is willing to provide. There is no ‘if we afford it’ clause in any of the legislation.

Mr Nahawi proudly states "I have got EHC Plans on my desk which I would certainly be proud of if that was my child," but is the minister too far removed to know what a ‘good’ EHC Plan looks like?

Far too many parents are led to believe they have a ‘good’ EHC Plan because they are comparing theirs against another child’s, who is often in the same Local Authority - constrained by that particular Local Authority's policy or funding guidelines. For example, you may think that your child has a ‘good’ EHC Plan if Section F states that your child requires 1:1 support and no other child has 1:1 support stated in their EHC Plan. The real question is what does 1:1 support really mean? Effectively nothing.

Some real life but ‘poor’ examples of EHC Plans I have seen include:

Mr Nahawi claims that "no one has said to me that the EHC plans aren't worth the paper they're written on"- I see many every day in my line of work and would be happy to tell him so myself.

My top ten tips for a 'good' EHC Plan

Without specification and quantification, EHC Plans are open to interpretation by the reader as to the amount of provision to be provided and when considering budget cuts, what is provided is often towards the lower end. The amount of provision provided can vary hugely from one Local Authority to another. This also makes trying to force Local Authorities to carry out provision in the EHC Plan very difficult unless the provision is accordingly specified and quantified.

I specialise in advising parents and securing the best possible outcomes and provision for children, as defined by the child’s particular special educational needs and not on the basis of what the Local Authority are willing to provide. If you have any doubt about the legality of your child’s EHC Plan, or whether it is legally ‘good’ or not, many firms like my own offer an EHCP Health Check service for a one-off fee of just a few hundred pounds. This may be particularly helpful for parents who wish to run an appeal themselves but just want some initial advice on what the problems with the EHC Plan are, so that they know where to focus their arguments.

The good news is EHC Plans are relatively easily amended to something much more specific, quantified and useful going forward – you just need to know where to look.

Examine your child’s EHC Plan now, is it ‘good?’ Let me know…

Follow:
Hayley Mason
SEND Lawyer at SEN Legal
Hayley Mason is a senior solicitor and Business Development Lead at SEN Legal, specialising in representing parents in cases around special educational needs and disability. She is a passionate advocate for parental rights, delivering free workshops and supporting local charities including as a corporate member of the Papworth Trust. She's also an avid Chelsea FC fan!
Follow:
Latest posts by Hayley Mason (see all)