When your child has a very rare condition it's hard not only to find specialists and the right treatment but also to find others who understand your experience.

Ceridwen Hughes's son Isaac was born with Moebius syndrome,* a rare neurological condition that primarily affects the muscles that control facial expression and eye movement. The family live in Wales.

Dealing with the fact your child is ill or has a medical condition is difficult but to find out it is rare and that there are no specialists in that condition is only part of the story as Ceri explains.

“When Isaac was initially diagnosed our whole life was turned upside down. While this was a really hard time, it's the relentless need to explain his condition over and again that has been the hardest.  We also found that many of the images on the internet were really depressing and not really reflective of people or their personalities.”

“Because Isaac’s condition affects him facially we often feel a need to explain what it is and how it affects him so they do not make assumptions.  Isaac has limited speech and can show only a small amount of expression and yet he is also a funny, strong willed, bright and has an amazing sense of humour.  Some people cannot see past the condition and this is very frustrating.  It is for this reason I decided to use my skills as a photographer to encourage people to look beyond those first impressions.”

Her experiences led Ceri to set up Same but Different, a not-for-profit organisation to use the arts to raise awareness of disability and the people behind those conditions in a positive and innovative way.  Their first project is called the The Rare-Project to shine the light on rare diseases and their impact on children.

While only a small number of people are affected by each rare disease, collectively in Wales, there are as many as 175,000 people or 7%, thought to be affected by a rare disease in Wales. In the UK as a whole, this amounts to around 3.5 million people.

One of the children to take part in the Rare Project is Matthew Hogg from Mold in North Wales, who was born, along with his twin sister Elin, at just 26 weeks.  Matthew weighed 1kg while Elin was even smaller at 950g and they spent 11 weeks in the Special Care Baby Unit (SCBU) at the Countess of Chester hospital.

It was a huge struggle, for Matthew in particular, from the moment he was born.  He had many infections and initially needed a ventilator to help him breathe. His mum, Monica, said:

“The lowest point came when Matthew was one month old.  The consultant sat us down and said they could not do anything and it would be up to Matthew if he was strong enough to survive.  It was an extremely anxious time but his fighting spirit got him through.”

While in hospital, Matthew was diagnosed as being deaf but it wasn't until he was 12 months old that they were told he had a rare genetic disorder, Crouzon Syndrome.  Crouzon syndrome is a craniofacial disorder where some of the skull bones fuse prematurely. This early fusion prevents the skull from growing normally and affects the shape of the head and face.

At 2½, Matthew had a cochlear implant on his right ear (not possible to do both sides due to Crouzon Syndrome).  As long as he wears his implant he is now able to hear and with intensive speech therapy, Matthew is making huge progress with his speech. He's aware that his appearance is different but accepts the way he is and is extremely happy, energetic and has a love of all things football.  His ambition is to play for Real Madrid or Manchester United but he is yet to decide which team to approach!

However, Monica says there have been some incidents with people that have upset them:

“While out walking some children called Matthew ‘Freaky’.  The most upsetting part of this was the reaction of the parents.  Instead of taking the time to explain to their children that not all children are the same they just hurried them away and occasionally looked back at us.  This was extremely upsetting and had they taken the time to explain or even talk to me about Matthew’s condition it could have had such a different outcome.  It is for this reason we are extremely supportive of the Rare Project by Same but Different as with greater awareness comes acceptance.”

While he has experienced many battles in his short life, Matthew hasn't let his condition hold him back in any way as Ceridwen is showing though The Rare Project's photographs:

“On our website we have set up a gallery to highlight people like Matthew who have rare diseases.  This is an ongoing project and as such we are looking for other people with rare conditions to take part.  It is a great way to raise awareness of a wide range of conditions. People have been travelling from quite far to take part and we have had a few people who have come up from London especially to be part of the project. We have only been going a short while but have big plans!"

So far they've mainly worked on awareness raising in Wales, but they're planning to look at projects in England in the New Year and if your child has a rare disease and you would like to take part you can email Ceridwen directly at ceri@samebutdifferentcic.org.uk.

If you want to see more about the project, Ceridwen took part in an ITV Wales interview that you can view here. You can find out more about Same but Different at www.samebutdifferentcic.org.uk 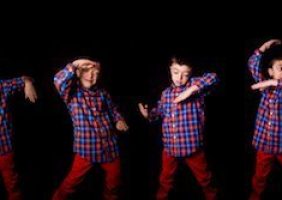 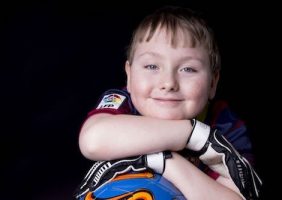 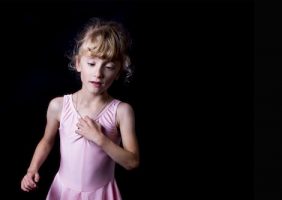 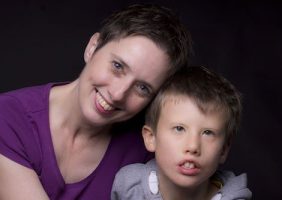 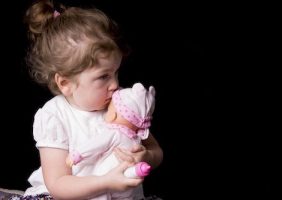 Follow
Emily Muir, Genetic Alliance UK
Policy & Public Affairs Officer at Genetic Alliance UK
I studied Biomedical Sciences at the University of Warwick and previously worked in the field of Learning Disability - interning for the Challenging Behaviour Foundation. I firmly believe that the patient experience should inform all aspects of policy and public affairs.

I studied Biomedical Sciences at the University of Warwick and previously worked in the field of Learning Disability - interning for the Challenging Behaviour Foundation. I firmly believe that the patient experience should inform all aspects of policy and public affairs.
View all posts by Emily Muir, Genetic Alliance UK →