Yes, it's that time of year again.  Our children are returning to school and we often get the joy of new transport providers.  Now, as I have said previously when the transport is right, it takes so much pressure off a family.  Forget respite, forget a new after school club, forget a great meeting with a therapist/teacher/practitioner; nothing relieves a family's mind more than a good transport provider.   Our children use transport twice a day for 195 days a year.  If the driver/escort doesn't gel with you or your kids, it can lead to sleepless nights, anxiety, stress and often poor attendance for our children.

Our children, not by choice, are often transported quite some distance to school.  In my case, two of my children access a busy motorway in rush hour to get to school.  They also have to deal with the joys of Operation Stack but that's another story altogether.  Putting our child into a car with other people takes a lot of trust and there needs to be a good relationship with the driver and/or escort for this to work.  Some of our children have epilepsy, some have other medical needs, so as a parent we also want to know that if there is an incident that the driver and/or escort can help to keep our child safe.

We hear many horror stories but the underlying theme is poor communication, understanding, accountability and common sense. 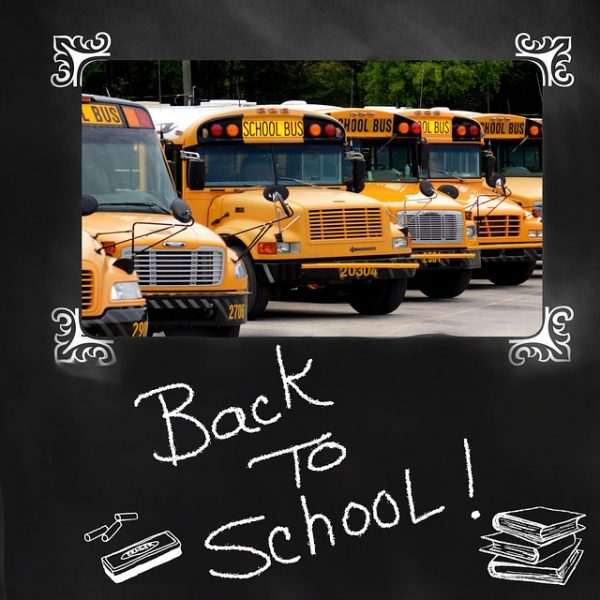 Communication can be an issue with the taxi driver/escort, their company's office or in many cases with the LA offices.  Trying to get through to our SEN transport in Kent can be an ordeal.  First, you have to go through our Education "help" line and you have to explain to them what you want.  The number for the SEN transport team is not advertised on the LA site or local offer.  If you are lucky, the person on the helpline will put you through to the team (where you have to repeat your request again) but sometimes they just speak with them on your behalf and then pass a message back to you.  This often leads to mixed messages.  For example one of my children's contracts was put out to tender in July, I was advised I would hear who the new transport provider was around July 20th.  As I hadn't heard anything by August 19th, I rang the helpline who went back to the team and I was advised that a letter had been sent and would now be resent.  So far, so good - late but fine.  However, when I asked if they could tell me who the new provider was, they explained that due to Data Protection this was not possible??!!  Don't ask!  I asked if I could speak to someone who could give me that info and I was put through to SEN transport.  At that point I was advised that the decision about the provider would be made that day and a letter would be sent out the following day.  So no letter had been sent out in July and therefore no duplicate would be available to have been resent.

Communication is a big issue for many families, one of the common issues we hear is families being told that now their child is 16, it's a different funding stream/system or now Home to School transport comes under finance so they have to refer themselves rather than the LA communicating internally.

So much for joint working - wasn't that supposed to be the goal?

One of my other children has to change provider suddenly due to the driver he has had for five years taking ill.  Get well soon Jim, you will be missed more than you know.   This is a big change for my son and he was very upset about his driver being ill.  This change however, has shown poor communication and poor understanding.

The transport providers are asked to meet with the families, if they request it, before they start the school runs.  This was something we pushed for, as parents, with the LA and something they agreed to.  Unfortunately, some providers are not too happy to do this and many are not aware that this is now something required.  As some providers only do these school runs purely for financial reasons, they are not willing to organise a meeting before the school runs start as their contract is purely calculated on school run times/distances and doesn't cover the cost of their driver/escort having to visit a family.

As a parent, we teach our children "stranger danger" but then, it would appear, that we are supposed to say "oh but it's okay sometimes to get into a car with a stranger".  Talk about mixed messages.

Our children may be just a budgetary figure to many or just an income for others but to us they are much more.  I still remember one driver showing up for a visit - at his instigation, not ours - and saying "I'm always aware that I am carrying the most precious thing in my car, they're not something that we can replace even with the best insurance policy in the world" and I thought "wow, he gets it" and he did.

Our children have this transport because they have SEND.  Their needs have to be taken into account.  My son, as you know, is blind.  As such, he hears engines, noises, voices, radios etc in a much more intense way than we do.  Meeting a driver, hearing his voice, smelling the inside of his car, hearing his radio and the car engine before he starts the journey means that on his first day back, it is one less thing for him to be stressed about, it also means the driver/escort have a happier more content child in the car and also, as a mum, I am happier if my son is happy.  It also a chance for J to find out if they listen to a particular radio station or what music they like.  J is in the car for some time so knowing if his driver may allow a bit of Pink Floyd or Beatles (but absolutely not Dusty Springfield - ever) in his car or knowing that music/radio is not allowed in the car is important to J.

Our children need to arrive at school safe and in a positive frame of mind which means they can access their education rather than staff wasting an hour trying to calm them down, along with an hour trying to prepare them for the return journey home and then families dealing with the fall out at home.  That isn't good for anyone.

Again, this words raises it head.  Where is the accountability?  Why does it, so often, fall on the shoulders of families?  As we struggle to get this new company to visit us before the school run starts, it is me who is chasing the company, letting the LA know that the company are unaware of this "visit" policy, me letting the LA know that the company hasn't received the email explaining about the policy, etc.  It was me chasing the LA to find out about my daughter's transport and then again me having to explain that this was not an extension to a contract but a new contract and therefore procurement rules were not being breached.

We have had families tell us stories that make the hair on your neck stand up.  One mum told us how her son had videoed his driver texting and chatting on his phone (not hands free) and when she took it to the LA, the staff at that time were not interested.  As long as the driver was getting their child to school on time, he was meeting his contractual obligation.  She took it to the licensing company - they were interested.

Another family knew that the driver had to be breaking the speed laws, due to the time he was being collected and the time he was arriving but she had to resort to buying a GPS tracker to evidence this before the LA would listen.  GPS trackers do a roaring trade here in Kent - many families have resorted to them to ensure that their child's transport is not speeding, taking alternative routes or in one case, the driver was doing another private pick up during the journey - again the LA said as long as he got the child to school on time it was not an issue.

Accountability is key.  Ensuring our children are safe - not just physically but emotionally - is imperative to their education and well being.  It should not purely be the responsibility of the families to ensure this.

This is the one thing that is very often missing from dealings with LA and providers.

Where is the common sense?  Why do practitioners sit there saying "but we've always done it this way" and think that's acceptable.  Communication, understanding and accountability do not take rocket science to bring into every day practice so why does it seem to be missing in so many areas?

Why are unnecessary, costly changes made?  One parent told us how her son has had his transport changed due to a change in educational site.  The school remains the same but the base is slightly different.  The current driver was happy to continue, the school were happy with the current driver continuing but instead the contract was put back out to tender, incurring additional expense and more importantly, more stress for the child concerned.

We're not asking for much, are we?  Surely everyone has the same goal?  Children accessing their education with their wellbeing being considered?  Is that too difficult?

How does your transport work?  Is it, in your opinion, fit for purpose?  What could be done to improve it?  Tell us about your experiences.  Comment below and as usual, if you would rather comment anonymously email us at team@specialneedsjungle.com and we can add the comment on your behalf.