I've just attended a workshop on Crowdfunding held by the Findacure Foundation. The workshop was specifically aimed at rare disease groups, highlighting the fact that crowdfunding can be used in innovative ways, when other sources of funding may seem to be out of reach. However, I can see that the same methods can work for any patient or parent/carer support group.

Usually we think of crowdfunding associated with "big ideas" raising a big total but increasingly, it is being leveraged for good causes, such as funding drug research and trials or for rare diseases and for funding treatment for individuals in need of expensive therapies or surgery that can only be accessed a long way from their home. Equally, it can be used for your good cause or goal. 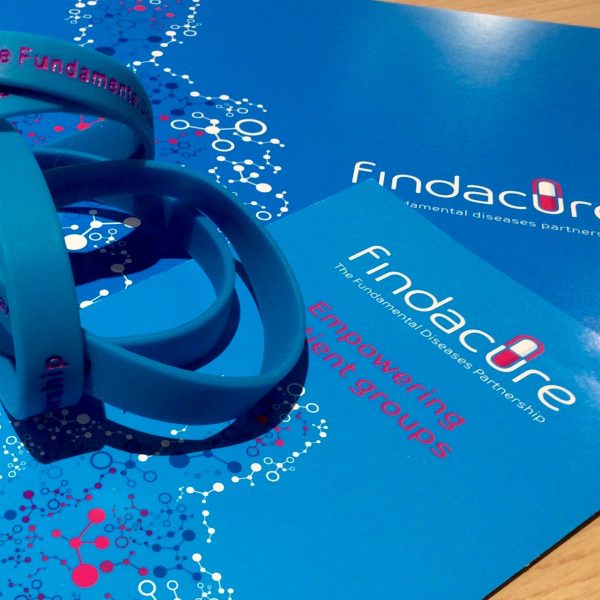 The Findacure Foundation itself led a hugely successful crowdfunding campaign with Indiegogo, "Fundamental Diseases, its time to care." Their premise is that studying rare, genetic conditions is fundamental to better understanding more prevalent conditions. An example of this is the ultra-rare disease alkaptonuria or black bone disease which itself has raised money with crowdfunding . Latest research into alkaptonuria is revealing new insights into the causes of osteoarthritis, which could lead to the development of new treatments. Another example is research into a group of rare neurological diseases called neuroacanthocytosis that is helping to understand Parkinson's and Huntington's diseases.

But rare disease patients may never meet another soul with the same condition or, if they do so online, they're hundreds of miles apart. In order to have any impact and raise awareness, they need to be able to get organised so that they are in a position to not only offer support to others but  become a vital partner for drugs companies and academics preparing clinical trials for possible treatments.

Even if you aren't dealing with a rare disease, the need for support will be a very familiar story to many small groups of SEN and disability parents and carers. So often groups are unable to do achieve the things they want because of a lack of knowledge or resources of how to make it happen. As we know only too well at SNJ, groups are also limited by time, money and because those running the groups are either living with a long-term or acute condition themselves or caring for a loved one in that situation.

In the case of fundamental diseases, Findacure's Dr Nick Sireau and Flóra Raffai used crowdfunding to set up a support structure helping groups acquire the knowledge to run a patient group and get involved in research. Using the Indiegogo platform, they raised more than $25,000 in just one month to fund an easily accessible online toolkit and series of free workshops covering pertinent issues for patient groups, ranging from how to manage a patient organisation to working with academia to help advance research into their rare disease.

So what did I learn?

Of most interest to me was the fact that other players such as JustGiving have branched out into crowdfunding, opening the way for groups who want to raise smaller amounts of money. Many are put off by the fact that a campaign to raise a lot of money can go horribly wrong, because if the goal isn't reached, no money is received and all the donors are refunded.

These days however, most crowdfunders are offering a flexible model so that even if the target isn't raised, the fundraisers get to keep whatever has been pledged - because let's face it, you wouldn't give the donation if you didn't actually want to  help the cause!

Fees are around 5% of the amount raised.

Make no mistake, crowdfunding is not for the fainthearted.

In order to attract the widest participation from donors, you have to make an impact. A video is crucial to that but this can be done pretty easily with many smartphones and tablets having good quality cameras and editing apps are easily available. Take a look at my video I made recently - it was shot entirely on an iPhone. If you're not confident about making a video, ask around your circle - you're bound to be able to locate an enthusiastic, talented teenager, a media student or a local video or photography hobby group who'll help you out. Don't make it longer than three minutes.

More important than a big video budget is creativity and thinking through what you want to achieve. Browse through the crowdfunding platform you choose and take a look at other videos. 60% of donators said they were compelled to donate because of the video so plan it out carefully. A good idea is to focus on one person's story and how the funding will make a difference to them.

Other visuals you can use include images of your group's families, your achievements, even consider making an infographic using a free platform such as Canva or the free versions of infogr.am or Piktochart. Make sure to include how you will spend the money on your Crowdfunding page.

You might be thinking, well we'll just raise it using a PayPal donate button - but if you're aiming for something specific and sizeable, you will definitely benefit from all the online resources and tools! as well as the profile that a platform such as JustGiving can offer.

Who will get us started? 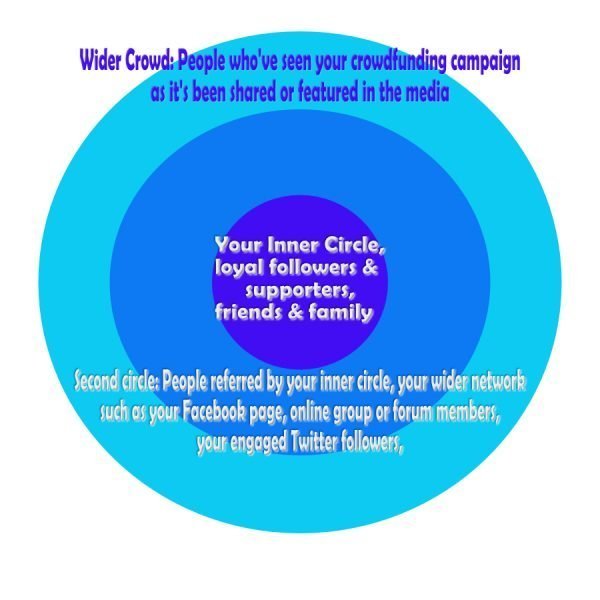 So you may have seen the campaigns that offer perks for certain levels of giving and you may be wondering: what can you give as an incentive?

You're not a new product launch so keep it simple. Perks can be something as simple as a social media or website shout out, or a mention on your website. You can also consider stickers, decals, cloth bags T-shirts or pens. We have SNJ pens that didn't work out to be too expensive. However, perks are optional.

Other things to consider

These are just a few of the ideas I learned about plus a few of my own. If they've caught your imagination, JustGiving Crowdfunding has 0% fees after Giving Tuesday (after US Thanksgiving) until after Christmas.

Many, many thanks to Findacure, especially Flóra Rafai, Shorsha Roberts AKU, Kelly Angood of Indiegogo and Kaye Eggleshaw of JustGiving.