We hear a lot about “invisible illness” and how young people with autism are judged or stared at because of their behavior.

But what if your teenager’s illness meant they looked normal, but smelled unpleasant?

Trimethylaminuria (TMAU), formerly called Fish Odor Syndrome, is a rare disease where the body lacks enough enzymes to break down trimethylamine, present in most foods. No matter how often people living with TMAU shower or manage their personal hygiene, a fish like, rotten odor comes out from their body from the trimethylamine. 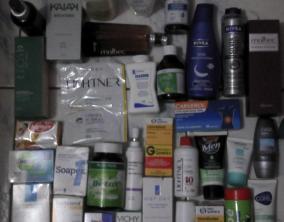 TMAU tends to appear in adolescence. The affected person is for the most part rejected by his or her classmates and peers, and usually in a very cruel manner resulting in social isolation. When it strikes a teenager and occurs during school age years, it can be devastating to emotional development. In adulthood, most are harassed in the workplace for the same reason, and are usually the first to lose their jobs, no matter their performance.  Many ultimately have resorted to dependency on social benefits.

This rejection leads to isolation, depression and anxiety that prevent the affected person from being a productive member in society (Source: MEBO Research). Young people with TMAU need support and often find it online. One person of our RareConnect TMAU community said, “I'm mentally exhausted I can't go to social places as first no one invites me and second when I even go shopping or to a restaurant people ask I be thrown out.”

Current treatment protocol for TMAU sufferers is not effective for all, and that's assuming they are even able to find a doctor who knows the disease. It includes a specific, restricted low choline diet; dietary supplements and a cycle of antibiotic therapy.

One member of the TMAU community said, "It is an obsession of mine to find a supplement, soap or hormone product that is a cure all. I don't think there is one. Food control helps sometimes, but not always, so why bother?"

The problem is, choline is an essential nutrient, and avoiding it in foods can lead to unintended consequences. Those on the diet can suffer dizzy spells, a weakened immune system and severe lethargy as a result of following the restrictive diet. It is not effective in reducing the odor for everyone and they can also feel depressed from  lack of nutrients as well as rejection.

On RareConnect, they find a safe space, moderated by patient group representatives, where individuals and families affected by rare diseases can connect with each other, share vital experiences, and find helpful information and resources. People from as far away as Kenya, India and the Philippines have met others from their country in the TMAU community. Though perhaps ostracized in their local community, they are understood on the web. People share information on foods, supplements, testing, hygiene products, and most importantly, advocating that their condition be recognized at school or at work.

A disease is defined as rare in Europe when it affects less than 1 in 2000 people. One rare disease may affect only a handful of patients in the EU, and another touch as many as 245,000. (Source: EURORDIS) Due to under diagnosis and misdiagnosis, we really can’t be sure of the number of people living with many rare diseases. We think of rare diseases as disparate conditions with names like: Epidermolysis bullosa, Dravet syndrome, or Familial Mediterranean fever. But the challenges people living with some of the 6,000 rare diseases are strikingly similar: on average 7 years to get a diagnosis, lack of specialists, being labelled a hypochondriac, no effective treatments available, and not recognized or understood very well by society.