It seems that yesterday's post resonated with many, but what most missed was the little reference to my "not mentioning" a non-statutory "Pathways Plan" our LA had invented.

I first became aware of this when my friend Rona, whose son is in the same year as Youngest, was notified that when her son transfers from his (hard won) statement this year he may get an Education, Health and Care Plan or he may get a "Pathways Plan". She emailed me in a panic, convinced that I'd got the whole thing wrong and Post 16 year olds were not assured statutory support after all.

Indeed, my own Pathways adviser then emailed me and casually proclaimed the same, that it would be decided (by whom it didn't say) whether my son would get an EHCP or this so-called Pathways Plan. I could feel the vein on my temple begin to pulsate. My fingers began to drum on my keyboard. My lips pursed into a cat's bottom (until I remembered that would only make my wrinkles worse). I might have even twitched a few times. This. Was. Bollocks.

Having heard Ed Timpson himself say to my face that those young people with a statement or an LDA would be transferred to EHCPs (and read it in the Code of Practice), I was pretty clear that I did not have it wrong at all. Nevertheless, I emailed Jane McConnell at IPSEA just to double check and also my contact at Surrey to seek clarification because there is enough misinformation about.

Jane's words were, "This is illegal in so many ways, I don't know where to start." But, she said, our LA is far from alone in constructing non-statutory - and illegal - plans. *

I was then emailed by the LA's Transition lead to assure me that the Pathways Plan had been, "Co-produced with the Parent Carer Forum." I'm not sure what I was supposed to infer from this. That they didn't know the law either? That they had just believed what the LA had told them, without checking whether it was legal and blithely gone along with potentially removing statutory support from 16 pluses?

I don't particularly want to put the boot into PCFs when many do a sterling job helping to support and inform parents, as well as influencing strategic decision-making. But in this particular instance, it does underline the need for adequate training (or at least understanding the pertinent law) before partaking in co-production.

It also highlights the dangers of expecting such a lot from parents who have a lot on their plates in the first place, caring for their disabled children. So much of this reform relies on parents, and in particular PCFs, to police what the LAs are doing and to know when it's wrong. They also have a huge role in informing the wider parent community about the SEND changes, the facilities available for their children and to work towards improving them. It's all vitally important work and requires skills (e.g knowing how to use, but not to be ruled by, your own experience) that some may not naturally possess. Which goes back to the importance of training.

After alerting my LA contact, I was invited to a meeting to find out what my own experience had been like so far and to voice any concerns, such as this one. A sort of mystery SEND shopper.

Ominously, the meeting was scheduled for Bonfire Night. I made a note to myself to check my choice of outfit for the day wasn't highly flammable... 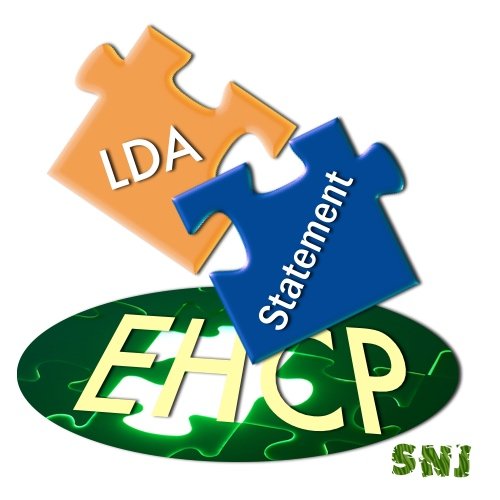 There is a lot wrong with my experience so far but it isn't fair to write about it in detail until it's over. People are learning on all sides and mistakes are as much a part of a learning experience as success. Happily, in this instance any real harm has been averted and I will be delighted to help our LA to make other parents' experiences as good as possible.

The problem here started with the fact that the government didn't publish the SEND reform transitional arrangements for moving statemented pupils and those young people with LDAs until a few days before the SEN reforms went live on September 1st. This meant that no one knew what the DfE was planning for timetables for change and so firm plans couldn't be made. Then, when they were revealed, only a short window was/is available for the transfer of Year 12 and Year 11 young people.

Added to this, I know from my own situation that transition staff weren't even trained by then - my own adviser missed out our Annual Review with Youngest because he was having EHCP training. I'm not sure you can blame any transition timetable on that - it's much more a case of there just not being enough time to work out the reforms and train the staff needed to carry them out. And Surrey is a Pathfinder champion - imagine what the situation in the rest of the country looks like!

And this is just the training in the facts - training for culture change takes hearts as well as minds and that's a challenge in itself.

The government said that young people with statements and LDAs should all be transferred to EHCPs. But this left staff confused because some of those with LDAs never had a statement - did it include them too? Surrey decided it probably didn't (without, apparently, feeling the need to check) and so developed the non-statutory plan. This looks just like an EHCP but isn't enforceable - ie, pointless, when you're trying to convince providers to actually provide.

Added to this, they decided it was a jolly good idea to give this same design to those on the new SEN Support (formerly School Action and School Action Plus) and still call it a Pathways Plan, the name known in the LA to refer to the 14+ age group. And they didn't think there would be any confusion. Whoever came up with that idea has clearly been drinking at the same, "I say it and it shall be so" fountain as the DfE. This fountain is the centrepiece of a universe only the DfE usually lives in.

In fact that idea in principle is quite a good one - the difference being that in the SEN support plan, the resources are less and funded by the school's SEN budget and the support isn't statutory. But the holistic message is there, which is good. And while there is no compulsion for the Health part to be provided, there is still the guidance for mental health in schools and for teaching children with medical conditions that needs to be followed.

And so, as night follows day, Pathways staff started sending out missives to parents saying their child may get an EHCP or they may get a non-statutory plan (no word of co-production either). This was pretty much guaranteed to scare the shit out of parents whose children are at a crucial point in their development and who have been looking forward to the prospect of legally-backed support being extended.

And now we all agree on the following:

The DfE has reiterated, and I say it one more time: If your son or daughter has a statement or a Learning Difficulty Assessment (LDA) THEY WILL BE TRANSFERRED TO AN EDUCATION, HEALTH AND CARE PLAN.

The timescales differ however: Those with LDAs need to apply for an EHCP afresh because their current support is not statutory. This means that the LA has six weeks to decide whether to assess. However, as they have to transfer, the answer will be yes, so this is a waste of time. But it means that the process takes 20 weeks.

If your child has a statement still, then the six weeks is not in play and the process must last no longer than 14 weeks. You should be contacted when it is time to start the transfer.  It MUST include a new educational assessment unless parent and/or young person agree that the existing reports/LDA is acceptable and can meet all the sections that are needed to be filled out in the EHCP document. Health and Social Care assessments will also need to be carried out - don't dismiss the idea of a social care assessment, it can include social groups, respite needs/short breaks and so on - and as it is a family centred, holistic plan, your needs will be taken into account as well as a child cannot be adequately supported if his or her parent is on the floor from exhaustion.

For further reading, you can do no better than to consult the IPSEA website, particularly this link (read both tabs)

We'll have more narrative to come. My own experiences will make up some of my updated guide that I am writing and will be published when it's ready and I have some learning to impart in detail - not much point writing from experience if you don't have any - but that should be completed in a few months. Until then, keep reading and sign up for updates.

Oh, and keep commenting - your experiences are vital to share!

*Thanks to Jane Mc for all her time helping me with this. IPSEA offer legal training for anyone who wants it.

And, if you're free on 17th November, Irwin Mitchell have a seminar too for activists. I shall be there, doing my own learning.