Earlier this week I attended a round-table event at the Department for Education hosted by the SEND Minister, Ed Timpson. Also in attendance were representatives from various Parent Carer Forums, Amanda Batten, Chief Executive of Contact a Family and Christine Lenehan, Director of the Council for Disabled Children, who led the meeting.

The Director of SEND at the DfE, Ann Gross and Flora Goldhill, Director for Children, Families & Health Inequalities at the Department of Health were also present, underlining the importance of this meeting and how serious the Minister is in ensuring that the reforms really do make a positive difference and are carried out as they were intended.

Mr Timpson wanted to do a "stock check" on how the reforms to the special educational needs system in England had progressed in the past year since implementation. If he'd been hoping to get a big thumbs up from the parent carers present, he would have been disappointed. However, I think he already knew from reports through his SEN advisers, one of whom, André Imich, was also present, that things were far from rosy.

The interesting thing was that no matter where in the country the parents were from, we all had similar experiences to report, from local authorities reinterpreting the SEND Code of Practice to their own advantage, a lack of facilities for young people over 16, a lack of training and a failure of culture change to take place inside LAs and health services, health services not taking part and problems encountered with SEND transport for 16 to 18 year olds.

Mr Timpson and the officials present listened closely to the parents' views, which were delivered calmly, clearly and eloquently. It was a privilege to be among such dedicated mums and dads who were advocating not only for their own children, but for every child with SEN and disabilities who have so far, on the whole, not been well served by reform implementation.

Many of us present had worked hard at a local and national level to influence and to trial the reforms during the pathfinders and many are still involved in representing the parent carer viewpoint at local authority meetings. However, one mum said this was often a difficult process because of the lack of engagement of health and social care and even on occasion, the lack of respect parents were shown while participating.

Mr Timpson acknowledged that there were lots of gremlins still to be worked out, especially to challenges on the health side. However, NHS England has a new 'frontline' body, The Children with Complex Needs Implementation Board which it was hoped would be able to help improve matters. He said there was a, "real energy in NHS England for talking to people – how can they have a direct conversation?"

Mr Timpson also observed that they need to keep an eye on the challenges of sticking to timescales for EHCP assessments and balance between that and quality – he would prefer quality and is aware that lots of parents want certainty over the time taken but not at the cost of the right solution.

Accountability - Outcomes are the key

Accountability was still a big issue and on Wednesday, I participated in a webinar with Charlie Henry from Ofsted about the consultation that is still running about the SEND Accountability Framework to be run jointly by Ofsted and the Care Quality Commission.

These inspections are to be area-focused and won't be inspecting individual schools, but will look at how well services are improving children's outcomes. This will include inspection of local Clinical Commissioning Groups (CCGs), local authorities, how well the Local Offer is performing and how well schools are improving outcomes for children with SEN.

To do this, they will identify a number of providers in education and health and for example, short breaks providers, and by the time they visit them, once in five years, they will have already looked at their websites. They will look to speak to parents face to face and in online surveys about their experiences and will give areas two days' notice of inspections.

Mr Henry said the inspections will be geographically random so areas couldn't predict when it was likely to be their turn and if they become aware of enough concerns raised about a particular area, they will look carefully to see if that area needs a visit sooner rather than later.

If you want to respond to the consultation, you can read all about it here and you can respond as an individual or as part of your parents' group if you prefer. If you want to have your say but don't want to respond directly, please feel free to send your views to us and we will incorporate them into the SNJ response. Below are the poll slides from the webinar with participants' opinions on if they through this particular proposal was an important one. 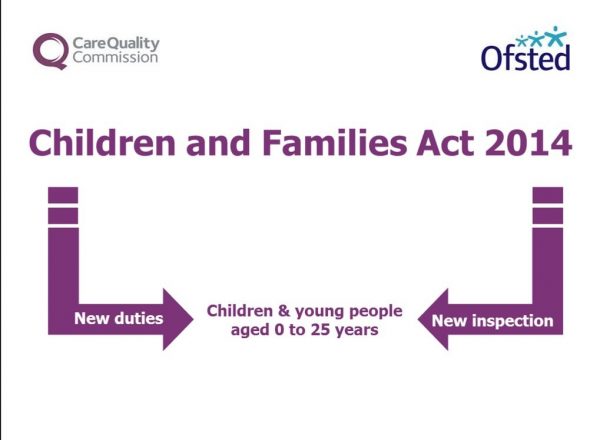 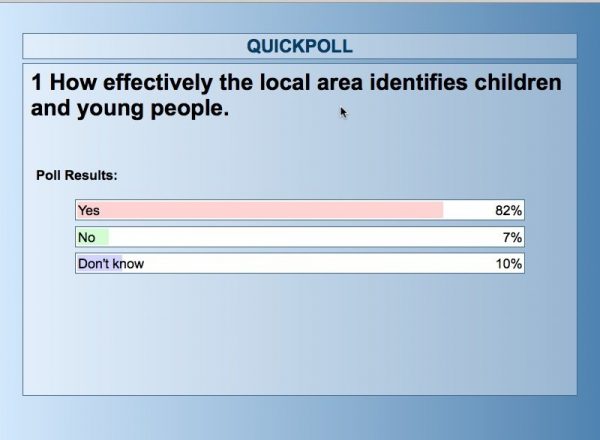 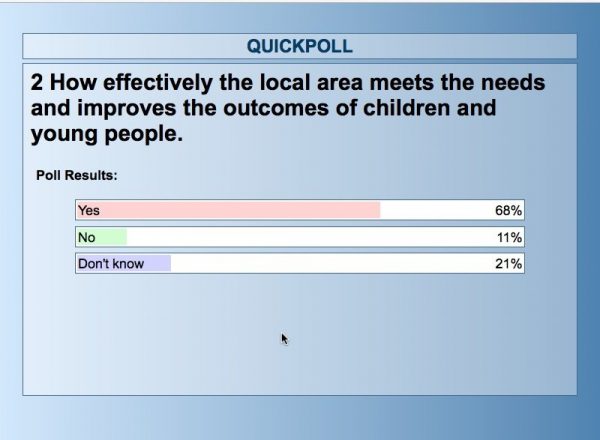 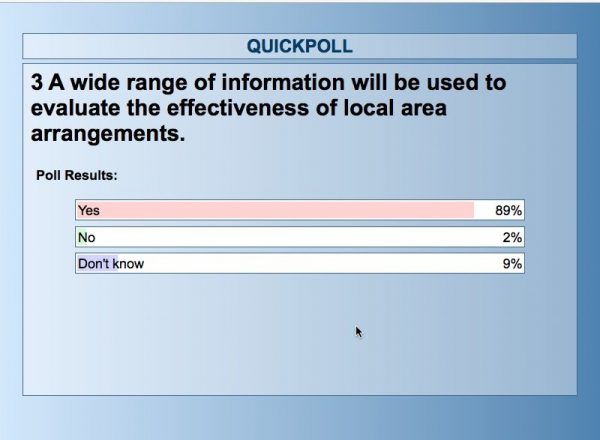