The other day we posted an article link on to our Facebook page from The Guardian, featuring a letter from a Dad to his child who has autism. It was a heart-felt, almost despairing and searingly honest letter about how their lives had utterly changed and how distressed parenting a disabled child could make him feel.

The post struck a chord with another parent of a child with autism, but not because she felt the same way. Emma Dalmayne is on the spectrum herself and is a home-educating mother to her two youngest children, her 7-year-old with complex needs son and her undiagnosed 2-year-old daughter. Emma posted her own letter to her son and we're sharing it, with her permission, here with all of you.

Our children's difficulties can hit us hard, in different ways, at different times and sometimes, in the most unexpected ways - no one's experience is 'wrong'. Emma's experience gives another view of the emotions stirred by parenting disabled children.

If you'd like to, please leave your own own experiences and responses in the blog comments underneath.

A letter to my son 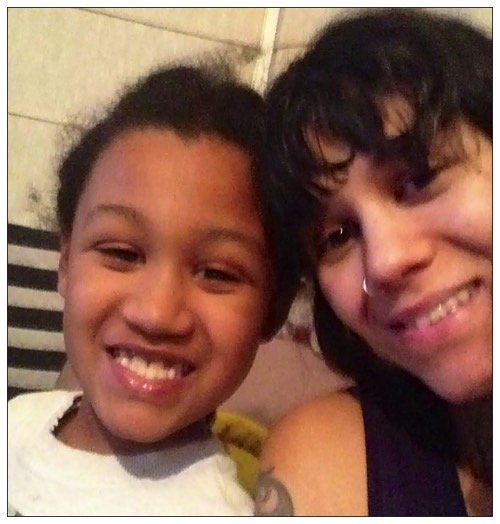 ….You have enriched my life and I thank you for it. Seven and a half years ago after having my sterilisation reversed in a bid to have another baby, my little son was born. This is his story.

It was a beautiful Autumn evening and you arrived with the cord wrapped round your neck twice. You were so quiet, so beautiful with your big brown eyes and firm grip. Your quietness didn't last for long once you were home and sadly I couldn't breastfeed you, as you had tongue tie and gastro-reflux.

This meant you needed feed thickeners to weigh your milk down in your stomach or you would projectile vomit. You still found a lot of time to light up the house with your beautifully infectious giggle and I'd watch you while you slept, feeling amazed I had birthed such a lovely little boy.

It soon became more apparent to me that you were different to other children of your age. As you grew, the time came to take you to a nursery where you would line up the toys and always play with the pretend pizza in the little kitchen. The outdoor area was used only for you to ride one particular route round and round and you would have a meltdown if any one else tried to ride that particular bike.

On the way there you would have to touch each front door and you became intensely interested in car signs, learning each one by heart. Other children would recite their shapes and alphabet while you struggled with your speech and only I, your father and your siblings could understand you.

You would have meltdowns brought on by sheer frustration, attacking me and yourself, it was heart breaking to witness and I was desperate to help you. Then, someone whom I had never met before, a stranger in a shop, tentatively suggested you may have Autism.

I knew nothing of autism and went home eager to look it up, hitting Google as soon as I walked through the door. What I saw elated and devastated me simultaneously. The general outlook was grim it seemed as pictures of children rocking in corners , alone, and lining things up as they didn't know how to play “appropriately” were depicted in each article I read.

That wasn't my boy! My son was funny, a joy and made the most delightful lines of cars and did cases in intricate patterns. You craved others to play with, yet had trouble initiating play.You would fall to the floor screaming and refusing to walk and I would sit with you kissing you and reassuring you that everything would be okay.

You would run into roads and lie down behind reversing cars. Why? I didn't yet know. After a referral to speech and language therapy and then a further referral to the community paediatrician a year later, you were diagnosed with the neurological difference, Autism.

Over the two following years you were diagnosed with four more conditions. You needed reins to walk safely in the street, as loud sounds would leave you bolting or sinking to your knees holding your ears due to noise sensitivities; some smart blue ear defenders helped with that.

As I researched and learned more it became apparent your siblings were also on the spectrum as was I. I was diagnosed last year which answered a multitude of questions for me and I was now safe in the knowledge that I was not weird, odd or strange, merely neurodiverse.

Mainstream school did not work for you as you floundered in a hostile loud and overcrowded environment, unsupported and bullied in an educational setting that should have nurtured you.

You have been home schooled for two years and with play, speech,music and animal therapies weekly you have flourished. Your speech has come on well and your confidence has soared. A bright little boy who, when his little sister was born, took well to his new sibling and who cherishes her, fiercely protecting her against any opposition she faces.

To you my son, I wish to say thank you. Thank you for coming to my life and teaching me patience. For teaching me in the face of uncertainty to believe in you, no matter what. For showing me there's a reason for everything, though it's not always apparent at the time. The meltdowns are frustration and the sinking to the floor was a bid to seek proprioceptive feedback in order to ground and regulate yourself in a sensory hostile world.

The bolting was a need to be alone a need to regulate and pace yourself. The lining up and cause and effect breakages are controlling your environment in a world that to you, makes no sense. The lines were dependable solid and controllable. The breakages were empowering to you at a time when you felt powerless.

Thanks to you, my son, I now stop when you do to look at flowers, pausing to study a ray of sun through a cloud or a spider weaving its web in a hedgerow. Your hyperfocus astounds me and your memory is incredible.

As all parents do, I worry about what will happen to my son when I'm no longer here to care for him. Your siblings are all well-tuned to you and I know that no matter what, you will be cared for.

How I work to help my son

I wrote this article in response to one I saw in this newspaper which depicted a view of self pity, bereavement and devastation. This is to counteract and show the readers that that is one view, it's not however the only one.

Even though my son's father and I are no longer together, he sees him regularly and our separation was not due to our son’s autism. My son knows he has autism and describes himself as special, which he of course is.

As a spectrum adult, I can tell you that a non-verbal child can communicate through signing, Picture Communication Cards more commonly known as PECS or communication apps. A child overwhelmed in a sensory hostile shop with strip lighting and crowds, smells assaulting their oflacatory system can be helped with tinted lensed glasses, ear defenders and a hanky with lavender dabbed on it to sniff.

Meltdowns are needed sometimes, and it's best to stand back and allow it unless the child is self injurious, attacking others or in danger of bolting near a road, no need for restraint, unless in those circumstances. With the right support your child can flourish and if you allow them to, they may teach you something you previously hadn’t realised.

Our child's 'job’ is not to grow up and fulfil our dreams and expectations. They were not born to automatically provide us with a framed university graduation certificate, pop out grandchildren and look after us in our old age. They are people with their own dreams, their own passions and it's our job to guide them, parent them to the best of our ability and above all else realise it's not their job to validate us.

Their job is to be themselves and we should celebrate that no matter what needs they may have, neurodiverse, gay or differently abled, appreciate you have a child and never grieve what could have been. Rejoice in what is.