Today I am delighted to introduce Sarah Down who has agreed to write a guest post for us. Sarah is mother to a lively four and a half year old with complex disabilities and no diagnosis. Life has taught her not to wait for answers, but to accept the unknown as a way of life. Sarah is passionate about help for working carers and believes that with the right support, work and caring can be a balance, rather than an either/or choice. Today she is outlining some of the challenges she has faced as a working parent carer. Be sure to check out her blog Gingerbread and Sunshine and don't forget Undiagnosed Day, this Friday, led by Swan UK. 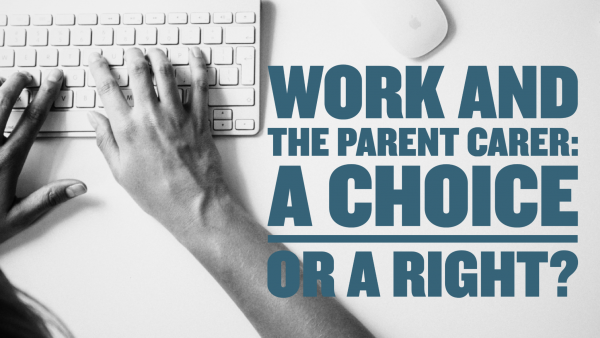 Work and the parent carer: a choice or a right?

When picking a location for a debate on childcare for disabled children, standing on a loud and busy high street outside Poundland wouldn’t have been my number one choice.  But that was exactly where I ended up having it.  It was where I was standing when my phone finally rang with the giveaway ‘private number’ hallmark of statutory services.  It was a Local Authority call of the management variety.  And I was totally ready. 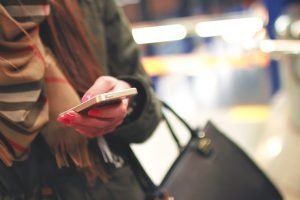 I’d psyched myself up.  I’d prepared all my arguments on why it was vital that my child with complex disabilities was given access to a nursery setting and the 1:1 funding required.  I would tell them about my need to go back to work after extended leave.  I was ready to explain how I was only looking for part time hours. To demonstrate how much this mattered.  I’d practiced how I’d show the financial viability of me working in the long run.  I was going to lay out how supporting us would eventually pay its way back into the system through taxes and unclaimed Carers Allowance.  Yep, I was totally ready.  Except I lost.  I completely lost.

I lost because there was no argument to be made.  It was just clear right from the outset that ‘local policy’ had been set long ago and there was no room to flex.  This was even though we had recently been told by them that we needed to move.  That if we couldn’t eventually find the money to move to a bigger, wheelchair adaptable property, we may need to join the council housing list.  An overstretched list. Our combined salaries meant we could get a higher mortgage and move ourselves.  Surely supporting me to work just made sense? It made sense for the Local Authority as much as us?

Instead, on that eagerly anticipated call, I was told I was comparatively lucky.  I was told that the offer of six hours per week, term time only was more than we would receive in many other boroughs.  That it didn’t matter if I was a working parent with a job on the line, this was local policy. And so that was that.  In the middle of the high street.  It was there I learned that my job was gone.  That the national drive to get parents back to work doesn’t apply when disability is a factor.  That our lives were no longer ours to control.

What I didn’t realise then was the word I had initially bristled at was actually correct.  I was ‘lucky’. Very lucky in fact.  I managed to find a role a few hours per week.  I am now finally able to work more, as my son is the right age for a full time school place.  For many people, finding work on these hours simply wouldn’t be possible.  Yet even now, I still am still fighting for childcare.  Like many other parts of the country, holiday schemes are hard to come by.  Families can be forced to use what little respite provision they have to cover this. 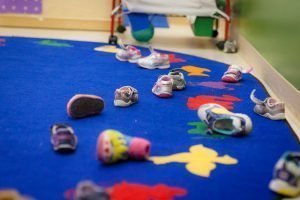 And I know I am not alone.  Having spoken to many others in the same position, childcare remains an ongoing challenge. Contact a Family’s ‘Childcare Affordability Trap’ report showed that only 16% of mothers of disabled children work, despite 85% wanting to.  That means we are unlikely to be a priority group as budget cuts deepen.  My son is too young to qualify for our local holiday scheme, but we have watched the hours offered drop and the qualifying age rise.  Holistic assessments like Carers’ Assessments may offer an opportunity to look at support, but it is irrelevant when there is no support to give.  I completed a Carers Assessment online and almost every answer I gave was about wanting to work more, yet nothing on the ‘plan’ that was sent back referenced this.

In fairness, whoever read my answers was most likely bored senseless by that point.  I bring up childcare so often in assessment situations that I am even boring myself.  It’s not that professionals aren’t sympathetic or supportive.  It’s that there is nothing they can do. The decision to support working carers has to come from the top down.  We cost money to save other budgetary areas money.  Often national budgets.  If that’s not recognised at national level, why deliver on it locally?  Despite this, there has been cause for celebration in recent years with the Inquiry into Childcare for Disabled Children.  The Foreword to the report sums it up in one line, ‘unfortunately, the findings of this Inquiry are not encouraging’.  No surprises there, but finally a recognition of the situation. I sincerely hope that the long term outcome will be change.  Not just policy change, but a change backed up with accountability and supported by budget.

Because here’s the thing that has really got to me over the last couple of years.  The thing that made me feel that powerlessness so acutely.  When it came to early years’ provision, policy was already on our side. It’s right there in the SEN code of practice (4.37).  They even used a nice bold font on the must in ‘must secure sufficient childcare for working parents’.  Yet it isn’t happening.  There are no consequences for ignoring policy.

And I understand how the ‘work doesn’t matter in your situation’ belief has become engrained.  Because I wouldn’t have really got it either.  If I had been told that I would have a complex child with an uncertain future, I would have thought work would be the last thing on my mind too.  But it isn’t. Not at all.  Because I can’t control the medical.  We can’t make him better.  What we can do is build a life that works for us.  A slightly strange, off the beaten track kind of life.  But a life.

That’s not to say that work is the right option for everyone, or that parent carers should be pushed towards work.  There are many who need the system behind them in a different way.  But for those of us who both want and need to work, those needs can’t be ignored or glossed over.  Because they don’t go away.   Instead they lead to an increased dependence on other services like school transport and SEN provision.  The reality is that without dedicated budget at national level, these challenges will likely remain.  Policy is already halfway there, it’s the cultural and budgetary change that needs to follow.

Follow me
Renata Blower
Co Director at Special Needs Jungle
Renata is co-director of Special Needs Jungle as well as being on the board of Hertfordshire’s Parent Carer Forum. She also sits on a variety of steering groups including the coordinated care of rare diseases (CONCORD) study funded by the National Institute for Health Research, community and public health strategies, delivering coordinated care and strategic planning for SEND. She also sits on various advisory committees for children’s charities.

Previously Renata has been at the forefront of successfully changing government policy so interventions are needs-led and no longer diagnosis-led, and creating the world’s first specialist nurse for undiagnosed children at Great Ormond Street Hospital.

She is a regular speaker on TV and at events, is an RSA Fellow and the mother of three children with disabilities, two of whom have complex needs and one of whom also has complex medical needs.

Follow me
Latest posts by Renata Blower (see all)

Renata is co-director of Special Needs Jungle as well as being on the board of Hertfordshire’s Parent Carer Forum. She also sits on a variety of steering groups including the coordinated care of rare diseases (CONCORD) study funded by the National Institute for Health Research, community and public health strategies, delivering coordinated care and strategic planning for SEND. She also sits on various advisory committees for children’s charities. Previously Renata has been at the forefront of successfully changing government policy so interventions are needs-led and no longer diagnosis-led, and creating the world’s first specialist nurse for undiagnosed children at Great Ormond Street Hospital. She also helped establish and grow the first online support community for families of undiagnosed children and spearheaded the very first undiagnosed children’s awareness day, including producing information videos that were shown in parliament. She is a regular speaker on TV and at events, is an RSA Fellow and the mother of three children with disabilities, two of whom have complex needs and one of whom also has complex medical needs.
View all posts by Renata Blower →