In his daily work our columnist, Child Psychologist Charlie Mead, counsels children who find themselves in Care or "Looked-After". He is passionate about ensuring these already disadvantaged youngsters are not forgotten by people like us. Here, he writes about how small steps can mean great progress, so please read this blog about one of his days;  don't look away just because your child isn't one of them. Today, at least.

It starts with the little things. Those small, persistent behaviours that get us out of bed in the morning. The accumulation of apparently normal, sometimes insignificant details that add up to a feeling of well being. They eventually outstrip the epic successes because, let’s face it, there are very few of those in anyone’s life and they are always hard to repeat - and even if that should happen a second epic victory tends to be less fulfilling than the first. 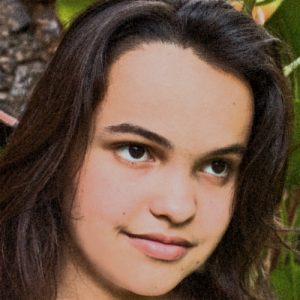 I arrive at the children’s home and find both of them at school. A normal enough occurrence in a normal family, but not if you have been in care for five years. I visit the school and find them in class. I go to the classroom and find them both working. Two children who squabble endlessly in the home are now co-operating over a maths problem. I say nothing - they barely register my presence, and I leave.

My next visit takes me to the girl’s unit. Most are over 16 and it’s hard to motivate them to go to college or attempt to get a job. None have any school qualifications. But all three are up, breakfast has been cleared away (well brunch really) and one says ‘Hi, can we have a chat about my Mum - and my f***in’ social worker’. An invitation hard to ignore having waited three months for any form of conversation.

That afternoon, after school, I visit another home. The two boys have a difficult relationship - age, experience and attitude as well as the significant impact of ASD on one of them has taken its toll over the past 6 months. And there they are wrapping presents for staff - together, sharing selotape and scissors.

It’s easy to become static in the world of children who are in stasis themselves. The big picture is negative and can overwhelm those not familiar with the potential, with those small positive moments that we take for granted with our own children. And as with our own sometimes it has nothing at all to do with us or what we do. They work it out for themselves - and they are the most positive moments of all. We all like to feel we are needed, indispensable, that children cannot develop without our guiding hands - but the reality is that those moments of self-awareness and control are the most motivating behaviours of all. Both for the children and for those of us who live and work with them.

Even those small moments can be few in a day or a week working with the most vulnerable group of children in our society - especially those who live in children’s homes. Everything is stacked against them. They have already been abandoned, deserted or abused by their families. They have been rejected by foster parents. They have probably been in five or six children’s homes before I start to work with them as young teenagers.

They will have had numerous social workers - inconsistent corporate parenting also plays its part in their inability to form lasting relationships. They are unlikely to have had consistent schooling and are most likely to be excluded because they rarely have anyone to fight their corner for them. They are most likely to be excluded because their behaviours do not fit the norm expected of most of you reading this - and Head Teachers and School Governors rarely have time or inclination to attend to and amend negative behaviour.

I remember seeing a Tonight programme with Jeremy Paxman about children in care in a town in Kent. London boroughs were sending their children to a growing number of homes in the town and local Head Teachers were refusing to accept these children into their schools, complaining that they had reached a saturation point of behaviours. There were no reported attempts to work with these children - all individuals - not a coherent unit - there was just the feeling that there was nothing that could be done. And they were opposing the children as a way of stopping the expansion of child care in their town - as though it were in the interests of a single child to be denied an education for the good of all children.

Apart from the youth prison population, children in care are also more likely to have an undiagnosed condition or learning difficulty than any other group of children in this country. The proportion of children with SEN is disproportionate to the whole population. Learning difficulties have either been missed or developed while in care due to a mixture of non-attendance and emotional trauma at being removed from their families - however abusive those relationships may have been. It appears that some professionals can still confuse attachment disorders, emotional trauma and ASD; so many children in care are not diagnosed appropriately.

It is also an unfortunate reality that children who are autistic are more likely to be abused. Abusive adults recognise that their victims are less likely to disclose or be believed if they are on the spectrum. Again there is a disproportionate number of ASD children in care - diagnosed or not. And this all acts against them at school and in their development in children’s homes.

Unfortunately the statistics bear this out. More than half of the 18,250 in children’s homes  left school with no formal qualifications in 2011-12. Only 13% got 5 A*- C grade GCSEs, compared with 54% of all children. Only 6% entered higher education. However, 20% of women who left care between the ages of 16 and 19 become mothers within a year, compared with just 5% of the total population. Parents who have been through the care system are twice as likely to lose the right to care for their own children.

To be more specific about the SEN population, 73 %of school age children looked after have some form of special educational needs – especially social, emotional and behaviour difficulties. In the last recorded school year, 130 children who had been looked after continuously were permanently excluded from school, and this does not include managed moves or children who moved homes to other authorities after being excluded and were not recorded.

In the 2009/10 school year, 130 children who had been looked after continuously were permanently excluded from school.

It could be hard to make any progress. It could be seen as overwhelming - this largely negative picture of what children are experiencing on a daily basis. But every child deserves the chance to succeed at all those small moments in their life. They deserve those small pleasures of achieving small details - and having those achievements recognised. Maybe some of them will go on to achieve epic success in their lives - but right now those small victories will get them out of bed in the morning, let them get through each day as it comes and feel they can face the days to come.

So praise the normal, recognise the obvious and celebrate the small smile, the kind word, the protective gesture - for children in care these are not normal experiences!

Next month - The positive power of assessment - finding the right route!

Charlie Mead
Child Psychologist at CPS for Children
Charlie Mead is both a Child and Educational Psychologist who spends most of his time developing nurture groups for children and parents in mainstream secondary schools as well as proving practical support for children in care homes.

Charlie Mead is both a Child and Educational Psychologist who spends most of his time developing nurture groups for children and parents in mainstream secondary schools as well as proving practical support for children in care homes.
View all posts by Charlie Mead →