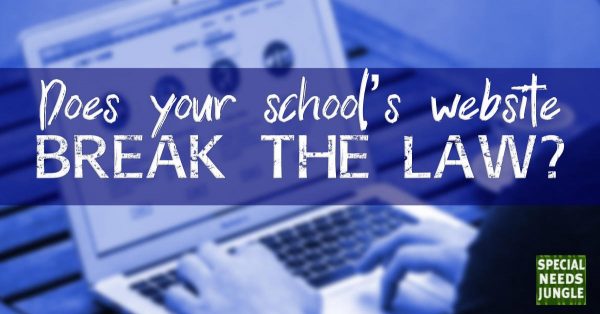 An interesting, if limited, study has been published by the government. entitled "Mental health and wellbeing provision in schools, Review of published policies and information". Researcher, Rebecca Brown looked at the websites of 100 schools, both primary and secondary, from across different areas in the country to see how their published policies stacked up against requirements.

I say limited because 100 schools out of the many thousands that exist is by its very nature, limited and, as Rebecca points out, she was not asked to make contact with the schools themselves, so actual practice may differ from what is published on their websites. Therefore the policies on their websites may only be a reflection of how web savvy they are - but I think it's still a very interesting exercise. The study was commissioned by the Department for Education to see just what a selection of schools do have on their websites relating to their statutory duties, in order to help find out what support schools may need to do meet them. In particular, it looked at how well their information showed a 'Whole School Approach', reflecting an inclusive school environment.

There are a range of duties to ensure schools take positive action to establish environments where all pupils are supported to engage fully. These duties encourage schools to promote a range of whole-school approaches and activities to develop respectful school communities and to support mental health and wellbeing.

What do schools need to publish online?

Schools must, by law, ensure that they have information and policies online that relate to:

In addition, schools can, but are not legally obliged, to publish information online about their policies on:

I think - and I'm sure you'll agree - that the second section should also be a legal requirement to be published if the government wants to encourage inclusive and accessible schools, so that parents of disabled children can easily see how welcoming a school is - and so can Ofsted. But then, I don't make the rules.

What did the study show?

The results of the study were perhaps surprising, perhaps not. While remembering that only a cross-section of 100 out of thousands of schools were looked at, it's still perhaps a fair indication of what is on schools' websites generally.

But what about SEND?

All schools must have regard to the SEND Code of Practice. Every one of the primary schools looked at did have a SEND policy on their website - but only 91% of secondaries did. Oh dear. If this is extrapolated across the country - even with a few percentage difference to this small survey, there are a lot of schools breaking the law. Why don't you check your school's website to see if it's one of them?

Ten special schools across the country were included and looked at as part of the study, including one school from each of the nine geographical regions (two in London). They covered a range of needs and had a range of Ofsted ratings. You would expect them to have some pretty good SEN policies.

But there were two areas that particularly stood out, and not for good reasons. Only three of the 10 had published policies about sex education, just one had mental health information and three had sex education policies. Why is this? Perhaps special schools consider mental health to be part of their pupils' condition and not worthy of being included separately? Perhaps they don't think it's worthwhile to talk about sex education for disabled children? I think both these issues are of extreme importance and would urge special schools to make this kind of valuable, public information a priority.

The chart below illustrates the results. Again - it's just 10 of hundreds of special schools, but it is worthwhile checking your child's school. If a school doesn't see it as important enough to put on the website, then how important do they see it at all?

While there are no duties on schools to have separate mental health policies, considering the focus that is currently being placed on the issue and the growing problem that it is, you would think schools might want to highlight what they're doing to promote wellbeing. However, somewhat shockingly, from the sample of 90 mainstream schools, only two primary schools and two secondary schools provided stand-alone and focused policies on the mental health of pupils.

There was evidence, though, that at least half (56%) of primaries and under half (44%) of secondaries ) secondary schools were providing some form of mental health support. Again, it may just be that they're not good at putting important things like this online, but it may also be something that they are not able to provide in an established way for whatever reason - I hazard a guess at funding, but it really is just a guess. It's hard to believe that schools do not find mental health an issue - I'm sure the majority of classroom teachers do.

Here's the table from the study with my own highlighting.

You may ask, so it's not online, so what - it may be that the school is still doing it. And can 100 schools be in any way representative? But I still think it's worthwhile as a prompt for schools to think about what they have online - and, crucially, what they are missing.

Of course there is still the legal requirement for some of these policies to be made public. And secondly, parents need to see it so they know how inclusive and thoughtful the school leadership is. If it's not there, it may just be a busy school's oversight or lack of online knowledge, but when the mental health of today's young people is in crisis, parents need to know how a school will respond and cope when their child needs help. If it's important to the school, it's important to show it by being on the website.

I challenge everyone to check out their school's website whether you are a parent, young person or teacher. If it's not right, maybe it's time to do something about it.