Reading some blogs the other day, I came across one by a teacher about inclusion. It's a topic that can evoke strong emotions but it will come as no surprise to you that for me, it's about being in the right school for the child's needs, whatever kind of school that is.

I felt that the post, on the SpeciallyTeaching blog, really encapsulated this and asked if the author would mind me re-posting it here. You can find the blog at http://speciallyteaching.wordpress.com/. It's written by an Assistant Headteacher teacher with responsibility for inclusion and KS3 in a secondary school for pupils with SLD/MLD.

It reminds me of something our own Headteacher said when my boys joined their specialist school: "Inclusion is about being included in society as an adult, not in a one-size-fits-all school". 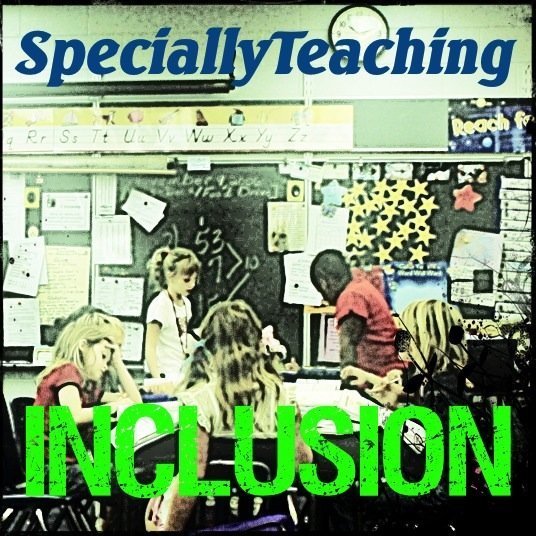 I went to visit a Year 6 student today. He’s currently being educated in a mainstream primary school and has his transition Annual Review soon. Parents can’t decide between us and one of the many church sponsored secondary schools in the city. They have been to visit my school, so they have seen our students. I was expecting to visit a student on the cusp of either school – someone who would flourish with the right support in mainstream but might benefit from the nurturing environment of a special school.

How wrong was I? I was expecting to observe Levi for an hour. Within two minutes of meeting him I saw that he should not be in mainstream primary at all, but for the sake of ‘inclusion’ and ‘parental choice’. I would have said he was a big year 3 student, not a year 6 about to transition. His one to one works with him in a corridor. Levi doesn’t EVER go in to lessons with the rest of the students. He has only just recently been allowed out to break and lunch without an adult shadowing his every move. He is tactile and his vocabulary is limited. He works for five minutes and then has a break for five. This is the structure of his day. His books reveal good handwriting and a high level of vocabulary, but he couldn’t identify a ‘party’ in a picture which makes me wonder how much of his writing is his own.

Putting him into mainstream secondary is cruel, but it is what parents want. They appear to want to believe that he is ‘normal’ and I wonder how much effort primary school have put into convincing them otherwise. He’ll struggle in special – suddenly being in a class of ten with three staff to share – and having let him work in bursts of five minutes for his whole school career hasn’t helped develop his concentration skills, has it?

But the sad thing is, this isn’t just Levi’s story.

It’s Clive’s. “He’s so much happier with you. At his last school he sat in the corner on his own and did nothing”
It’s Jenny’s. “She’s come out of herself with you. Thank you”
It’s David’s. “He wasn’t in his classroom before. He has friends now”

And they are the students who joined us in year 7 from mainstream primaries.

The ones I really worry about are those that join us later. Those who have gone to mainstream secondaries – parental choice – and failed spectacularly.

Like David. Who spent his last year at primary only doing PE lessons. He then spent Y7 doing one to one maths and English, and PE lessons – and if he misbehaved AT ALL he got sent home. Even if he’d just arrived.

Like Clare. Who was so stressed by the whole experience she stopped talking to her parents and refused to go to school. Her dad lost his job to look after her. She’s been with us a while now, but not long after she started I had a conversation with him. “Thank you for giving me my daughter back. I only wish we’d made the move sooner.”