A high proportion of 16–19-year-olds on courses at Level 2 and below have a special need or disability (SEND). So you might expect improving programmes for learners with SEND to be one key aim of the government’s reforms for provision at this level. Prepare to be disappointed.

In late October, the government published its planned way forward in which it acknowledges that the reforms will ‘disproportionately affect learners with SEND in the short term’ but are expected to be ‘generally positive’ for them in the long-term. Is there such a thing as damning your own proposals with faint praise? If so, this is surely a prime example.

In a nutshell, the Government plans to remove public funding from a large number of qualifications at Level 2 and below in a bid to create a ‘streamlined system’. In order to be funded, qualifications must fit into a prescribed set of groups, defined by their primary purpose, and comply with a set of design criteria including guideline size.

Content for vocational or technical qualifications will be largely derived from existing occupational standards. New national standards are to be written for employability skills, personal and social skills and independent living skills. As a result, the choice for learners working at these levels will be greatly reduced and it will be more difficult for colleges to build programmes around the diverse starting points, needs and aspirations of their learners.

The trouble with all this streamlining is that learners with SEND and other types of disadvantages, who make up a large proportion of the Level 2 and below cohort, don’t fit very neatly into pigeonholes. They turn up to college with multiple purposes, e.g., to develop their independence and prepare for employment, and with no clear purpose at all. Some know exactly what they want to do (until they find out that hairdressers have to work Saturdays or most construction work is done outside in the cold); others haven’t a clue. Some come with little confidence or self-esteem. Many have a negative prior experience of education which has left them thinking they are destined to fail. Some of these young people need convincing that education can offer them anything at all. They arrive at college with talents they may not know they have and yawning gaps in their learning. They have a whole range of different barriers and support needs - and a load of different aspirations.

The wrong view with SEND as an add-on

It seems to me that the government has been looking through the wrong end of the telescope. Instead of going on a mission to tidy up the qualification system, they should have been focused on improving provision so that it better meets the diverse needs of the young people it is supposed to be serving. If the government had come at it this way round, we wouldn’t find ourselves with the rigid national system they are pursuing - and an add-on promise to flex it for learners with SEND.

Instead, we’d have a system purposefully designed to meet the needs of learners which includes the in-built flexibility to support the personalising of programmes for learners with SEND. Qualifications would certainly form a part of this ‘system’ but they would have been considered in the context of learning programmes as a whole. Thought would have been given to the role of non-qualification learning and achievement and to the characteristics of effective learning programmes (e.g. motivational teaching; personalised approaches; opportunities to explore, reinforce and consolidate; high aspirations). And the government would have considered what skills teachers need to work effectively with the learners who make up the Level 2 and below cohort – with a commitment to invest in initial teacher training and CPD to equip teachers and support staff with these skills.

If I have a particular bugbear, it’s the plan to introduce national standards for personal and social development and independent living. The content of all publicly funded qualifications in these areas is to be based on prescribed national standards. To my mind, that doesn’t sit very comfortably at all with the personalisation from which we know learners with SEND benefit. Nor does it recognise that the primary role of qualifications in these areas of learning is to acknowledge and celebrate achievements of personal relevance and significance to the learner – not to determine precisely what it is they are to be taught.

Let’s take independent travel as an example. We might all agree it’s a skill that would be beneficial for many learners with SEND. But what should a national standard for independent travel include? Using a bus, perhaps? But what if the learner’s route to college or work placement is via the train, or the way they meet up with friends is by taking the tube or tram? Maybe public transport in their area is infrequent or largely inaccessible, so what they really need to learn is how to book an Uber, or to ask a local cab firm to send a wheelchair-accessible taxi.

So, what on earth goes into the national standard for independent travel?

There are plenty of well-regarded qualifications which currently accredit skills for independence (including travel) which allow tutors and learners the space to determine precisely what is taught and learned so that it can be tailored to the learners’ needs and make a positive difference to their lives. Will this type of qualification survive the ‘streamlining’? It’s hard to see flexibility of this nature being retained if qualifications are required to include nationally agreed content. And if they disappear, the inevitable result is that some learners with SEND will no longer be able to have their achievements recognised through qualifications.

If there was one area of qualification reform where learners with SEND should have been at the heart of government thinking, Level 2 should have been it. Instead, we’ve been presented with a system that prioritises organisational neatness over learners’ needs.

Learners are being offered a set of pigeonholes into which they are to be fitted rather than a flexible structure, capable of responding to their diverse needs. An opportunity to improve the lot of 16-19-year-olds with SEND has been sadly missed.

Become a Patron! - The SNJ Patrons' EXCLUSIVE November SEND update Newsletter is OUT NOW! If you're a patron and you haven't received it check your spam. No joy? Get in touch. 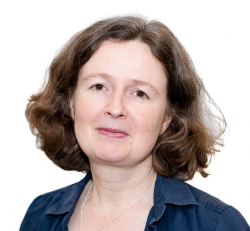