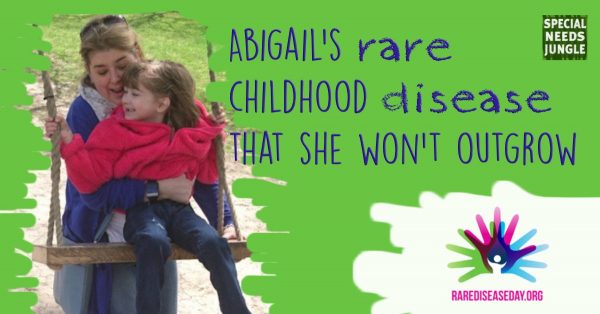 It's Rare Disease Day this week and evey year we like to highlight the day, on 28th February, by telling you some stories of children and their families who are living with a rare condition. One in 17 people are affected by a rare condition including both my and Renata's families.

Emma's daughter, Abigail, was diagnosed with an ultra rare condition, Alternating Hemiplehgia of Childhood, or AHC. although she wasn't formally diagnosed until she was a year old.

We're publishing this a year to the day to the day that Abigail was so seriously ill they  thought they may lose her. Happily, she's pulled through and Emma is here to tell us her story. But first, a little bit about the condition:

AHC is a rare neurological disorder in which repeated, transient attacks of hemiplegia (paralysis of a portion of the body, including the face) occur, usually affecting one side of the body or the other, or both sides of the body at once. It ranges from simple numbness in an extremity to full loss of feeling and movement. The attacks may last for minutes, hours or even days and are normally relieved by sleep. The attacks of hemiplegia typically alternate from one side of the body to another, but it is not uncommon for one side to be more frequently affected, or for episodes to begin on one side, and then switch to the other.

Currently there is no cure for AHC but in 2012 the ATP1A3 gene was identified as a leading cause of AHC and represents approximately 76% of those affected. Ongoing research will hopefully provide a genetic identification for the remaining patients and a treatment for all.  Presently, medicinal treatment options are extremely limited. Source: Ahckids.org

Abigail started showing symptoms the day after she was born - twitchy movements. The midwifes and doctors said that it was nothing to worry about and that it was from the long labour and being delivered via C-section. But I was back and forwards to our GP over the next few months - he thought I was a neurotic first time mum.

When Abigail was five months old, she turned blue around her lips one afternoon, so I took her to our local A&E. The paediatrician there said that she had croup, but as he was examining Abigail he asked me who she was seeing for her seizures! Abigail had always had some eye movements but EVERYONE I mentioned it too said that it was wind and I was not winding her properly. 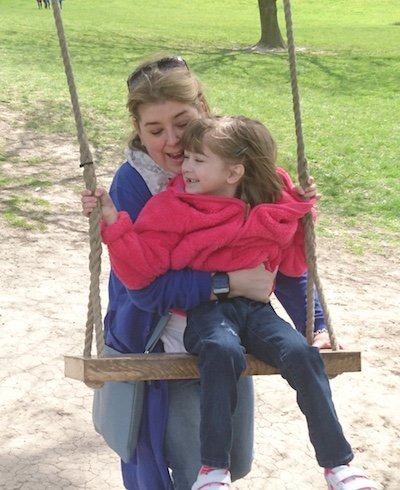 After having all the tests we went back for the results three days before Abigail's first birthday. It just so happened that a visiting paediatrician sitting in on our consult looked at the video and the test results and said Abigail had Alternating Hemiplegia of Childhood or AHC. We only heard 'childhood' and thought that she would grow out of it. When we got home and looked on the internet, our whole world crashed around us - it sounds dramatic, but that is how we truly felt.

We plodded along with Abigail suffering with hemi's and attending different therapy groups, but no one knew much about the condition. We decided that we had to know every bit of information out there so I tracked down the professor who was the man in the know about AHC but he had recently retired. I found his private e-mail address and emailed, begging for a meeting. He agreed to see us and it was good to speak to someone who had experience of the condition.

When Abigail was two years seven months, and our new son, Hugh, was five months, Abigail had her first seizure and we entered into a completely different ball game. Abigail is now is nine years old and it has been a tough, rocky road. BUT she is a happy , loving little girl who along with her brother complete our world.

I started writing a blog about a year ago as a way to raise awareness of AHC and also to give myself an outlet – special needs parenting can be a lonely and often frustrating journey. If you'd like to take a look, it's at http://cureahcukmummy.tumblr.com/

Read some other stories from previous Rare Disease Days: