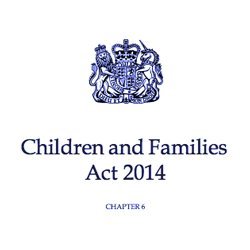 The weeks are ticking by since the Children & Families Bill became an Act. But does this mean that everything in it has become law straight away?

The answer to that is NO, but according to many parents, some schools, local authorities and others who should know better are trying to tell them otherwise.

The Act doesn’t come into force until it is commenced and different parts can be commenced at different times. The plan (if the Code of Practice goes through without a hitch) is to commence Part 3 (the SEN Part) from 1st September 2014. After this you must apply using the new system.

But until then, you can still apply for a Statutory Assessment of special educational needs and that may or may not lead to a statement. Statements issued in the summer term and existing statements will still carry the same legal weight as they ever did. In addition, if an assessment or a statement is refused, the same rights to go to the Tribunal are also still in place.

If you are considering applying now or in the summer term however, your local authority may offer the opportunity to have a 'prototype' Education, Health and Care Plan (EHCP) (possibly alongside the statement which is still the legal document). Local authorities were told some time ago however, that EHCPs issued before they become statutory (this September) should still be considered to have the same legal weight as a Statement of SEN. This mirrors what the 'pathfinder' councils who have been trialling the reforms have been doing and enables them to learn what works and more importantly, what doesn't.

There are problems here, of course, as the final Code of Practice is not here yet and this may change the face of how assessments are carried out significantly. Or it may not. Who knows? Either way, it shouldn't affect how your statutory assessment process is conducted.

If your child has a statement already, this will be changed to an EHCP over a period of time. The DfE says that the threshold for an EHCP will remain the same as the current statement - and it is still education based.

The period for changing over from statement to EHCP is expected to be around three years and this is expected to be confirmed soon. To my mind, it is important to convert those currently in Years 10 and 11 (aged 14-16) first, because these are the young people who stand to lose the statutory protection of their statements if they leave school or go on to a Further Education or Sixth Form college.

It also means that these colleges have a huge amount of learning to do in a short space of time as there is no framework in existence at all to convert from - it all needs to be started from scratch. A great opportunity to do it right!

So this follows that in schools there will be a period of time where one child will have an EHCP and another will have an old-style statement. After 1st September 2014, BOTH will have legal status.

If your child has significant health needs, it may well be in their interest to get their statement converted sooner rather than later. With this in mind, you might want to start thinking about where all their medical information is, such as letters of diagnosis and updates from appointments, as well as test results and assessments. Don't leave anything to chance. You might also want to mention this to your child's consultant or GP practice as chances are it'll be news to them!

We'll be bringing you information about Personal Budgets soon as well - but don't think that every child will get one - they won't, because many won't need more than is satisfactorily provided by their school. After all, it's not about getting 'more' or 'extra', it's about getting exactly the right level and type of support they need to help them achieve their potential, whatever that may be.

The changeover and the commencement date of 1st September does raise questions about the last date a parent or school can begin the current statutory assessment process and I am seeking clarification on these kinds of issues on behalf of parents.

To this end, we soon hope to bring you a "Facts about the Act" post as I have forwarded some burning questions to the DfE that parents need to know the answers to. These are practical questions aimed at preventing parents being misinformed about the current situation.

The Council for Disabled Children has answered some other questions that you might be concerned about. You can find them here

To find out how much your local authority has been given by the government to make the changes in the SEN reform locally, see this link

Have you been told anything from your school or local authority about the changes? Let us know in the comments.

With our new comments you can choose to login via the regular blog comments, Facebook, Google+ or Disqus and we hope this makes it easier. If not, let us know!