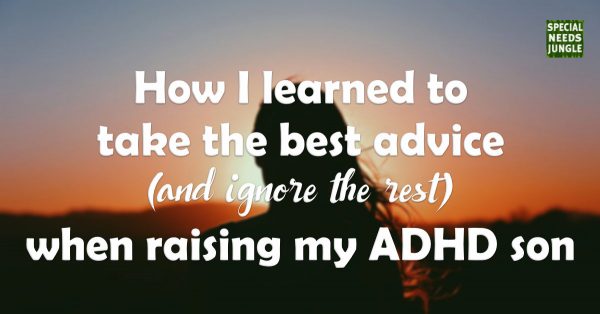 In my first post on top tips for parenting a child with challenging behaviours, I suggested that you:

Seek support and be compassionate with yourself and that you work as a team with whoever you have to support you.

If I had read that when my children were young, I would have dismissed it straight away as ‘pie in the sky’ thinking and had as much chance of working as pigs have of flying.

Be compassionate with yourself? Humbug! I was an experienced teacher who could quieten a class with just a look. Crying toddlers in supermarkets would run for their mother’s legs when I glanced at them. But my own firstborn had reduced me to a shadow of my former self. My family and far away friends listened and uttered soothing noises with reassurances that all was normal. Really? But if that was true, then how could I feel kindly about myself when I had to be doing something very wrong.

Work as a team? What team? OH was working 12 hour days and sometimes away from home. The few friends that I had in the area were working or had children of their own who were perfectly behaved of course and suffered my imperfectly behaved son only rarely.

A mother that was being helped by the charity that I worked with wrote about this:

No one knows of the loneliness or the tears that are shed,
They don't care how your feeling, what's going on in your head.
They see a boy naughty, what a pain you can be,
THEY should try living with ADHD.

My family were on the end of a phone line and had no real understanding of the situation thinking that a bit of firm discipline was the answer. One family member actually said, ‘Give him me for a week and I’ll sort it out.’

My wonderful mother, however, who was always my biggest supporter suggested that she and my sister came to stay with us to give me a break. After that weekend they went home with a much better understanding of what my life was like. They were the first to appreciate that yes, I was not exaggerating when I said that he hardly slept at night (in fact he didn’t sleep through until he was almost 4 years of age) and that he was constantly on the go and very needy, similar to this mother’s child;

My baby so loud, so angry, so sad,
But I knew he was not being naughty or bad,
His face I could see, but I couldn’t judge his next move,
He always seemed to be in a frustrated mood,
The tension would flow and upset his sleep,
Exhausted and confused, all alone I would weep.

I hope that both these mothers don’t mind me sharing these excerpts, as they so perfectly encompass the emotions that I had. One person who did understand was the health visitor. I hadn’t spoken to her about how I was feeling, but she could obviously see that I was not coping and had lost the confidence that my ‘real’ job had given me. She suggested that I run an Open University course on Early Years Parenting. I was gobsmacked. To me, it was like suggesting that someone who is afraid of flying should train as a pilot. But she understood that in doing the training, it would give me another focus whilst boosting my self-esteem.

So, there I am giving advice to a group of mothers about bringing up babies and toddlers, while my own is behaving a bit like the never still, always bouncing around  Zebedee in the Magic Roundabout. Amazingly these mothers accepted us both, seeing that my parenting was fine and my son was great just….different.

I also met two professionals, a teacher and a psychiatrist, who didn’t blame me, in fact, praised how well I was coping, and accepted my son for who he was. They concentrated on his positives and achievements when I had been too bogged down in day-to-day living to actively acknowledge them. From then on, I had the fire inside me to fight for what was right for him and to work at making people understand and appreciate him. It was a very lonely road up to that point as I had no guide or direction with no way of knowing if I was helping or making things worse. No mother or parent should have to feel as I did. Which is why, even now, nearly 40 years on, I am still raising awareness of the many real challenges for parents of children who are different and doing my best to support them.

In retrospect, I can see that the support and advice that I couldn’t access then, would have so eased the situation. That the seeming lack of support from OH was probably largely due to a feeling of helplessness and that we should have talked more instead of fighting fires and each other.  Nowadays support and information can be accessed via the internet, as well as at a few forward-thinking schools.

GPs are better informed, although often with their hands tied behind their back due to financial constraints. The man and woman in the street know more about mental health issues, but perhaps still with little understanding. It’s certainly not perfect by any means. But learning from other people’s experiences is a powerful tool. To my great surprise, as I am not one for baring my soul in public, I have found that forums are amazing. I may know quite a bit about education but not so much about diseases, so when I was diagnosed with a heart problem while living in a foreign country, the relevant forums were a godsend of reassurance and knowledge.

Yes, you have to be careful in choosing a forum that is fair, honest and non-judgmental, but it’s rather like choosing a house: you’ll know it's right when you walk in. Knowing that you are not alone, that it is not your fault and that you are a person of value is vital. It will give you the confidence to enable you to always be on the lookout for those people who might be able to support you, to give you the energy to keep on coping. You are already halfway there by knowing and using SNJ. If you can do that you can do more and you can stop being so alone. You can find your team and your support and start feeling good about yourself.